The Harmful Power of Faux Feminism

Men need to commit to the feminist beliefs they claim to espouse. 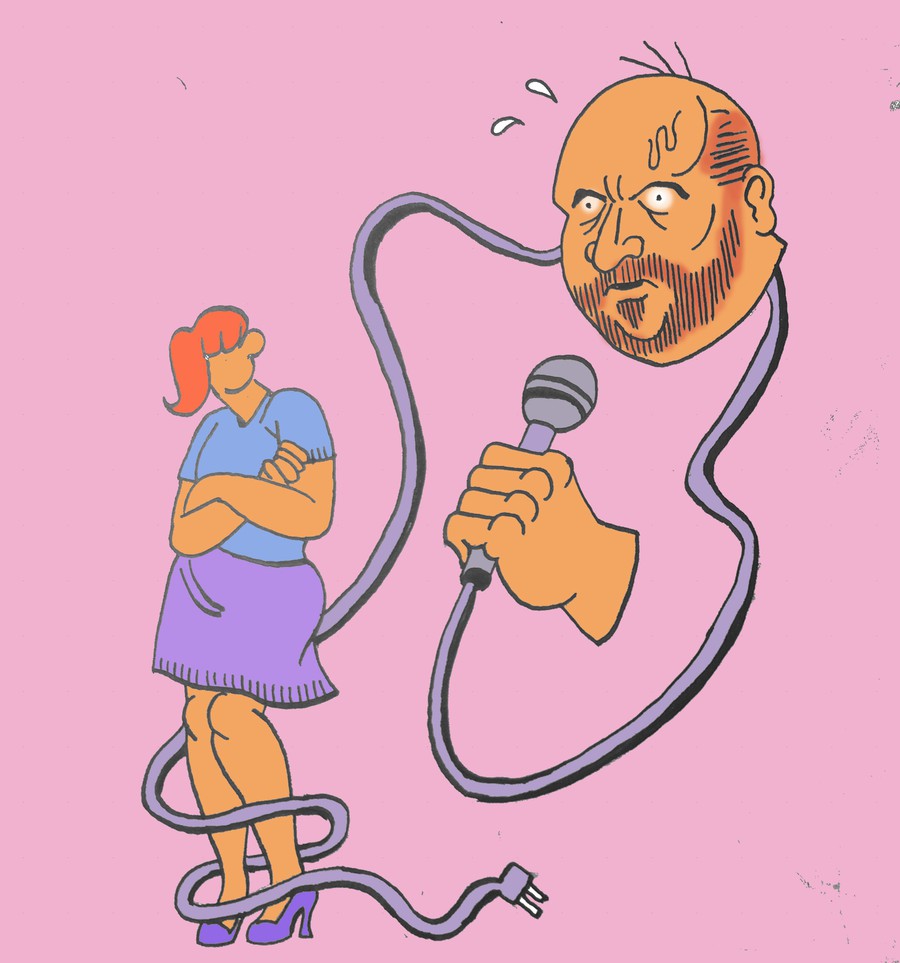 “How do women still go out with guys,” Louis C.K. begins in his special Oh My God, “when you consider that there is no greater threat to women than men?”

That was 2013. Now, four years later, five women have accused Louis C.K. of sexual misconduct. A day later, Louis C.K. admitted that he was to blame.

With his admission, Louis C.K. joins the ranks of other prominent men who have recently been indicted of sexual harassment or assault by women: Hollywood mogul Harvey Weinstein, actor Kevin Spacey, journalist Mark Halperin, and numerous politicians, like Roy Moore.

There’s something universally enrapturing about Louis C.K. His humor is energized by a candor and willingness to dive deeply and uncomfortably into his flaws, creating comedy that allows him, and us, to find humor in our brokenness. In his semi-autobiographical show Louie, he paints himself as an individual caught in an unsettling existential stasis, clumsily fumbling through life and making no shortage of mistakes.

Louie almost comes across as his medium of moral exploration, rife with moments of genuine questioning, rather than definitive messages—of the things that characterize our lives—our family, our relationships, how we treat those around us. In a controversial episode, Louis C.K. performs a stand-up routine lambasting our democracy for granting women suffrage so late in history, only later to make forceful advances toward a long-time female friend, who lectures him on rape.

It’s moments like this that make Louis C.K. such a unique figure. He touches upon the things we shouldn’t do; he says things we shouldn’t say. But all of his misgivings seem so absolvable because his comedy persona is someone hugely flawed, and vulnerable, and maybe just flat out uncomfortable—and that’s why we resonate with his humanity. And given Louis’s pronounced feminist leanings, sexual misconduct is the last misgiving we would expect him to make.

On the surface, Louis C.K.’s sexual misconduct appears different from, say, Roy Moore’s, who immediately dismissed the accusations against him as a “charade” created by his opponents, intended to damage his political success, since, of course, “that grown women would wait 40 years” to voice the trauma he had inflicted upon them renders their stories “absolutely unbelievable.”

Perhaps the most significant takeaway from Louis C.K. is this—for men, it’s easy to say you’re a feminist, but far harder to actually be a feminist. Louis C.K., someone who has often been lauded as progressive and uplifting of women and their rights, is still just as much in the wrong as someone who is not a vocal feminist. The irony is even more disappointingly palpable when his supposedly feminist exterior is contrasted with the allegations made against him.

It’s an alarming trend in the entertainment industry for male celebrities to declare themselves “feminists,” and do little beyond that. Name your favorite actor, and you could probably find a quote about his bold, edgy feminism somewhere on the Internet—because of course, in Hollywood, feminism is most often treated as a currency for relatability and appeal to female fans.

But this trend isn’t just limited to celebrities; it can apply to men generally. It’s becoming increasingly common for men to come out as feminists to show that they’re the “good guys.” Saturday Night Live humorously mocked this phenomenon in a skit, in which Cecily Strong’s character is harassed at a bar by a series of self-proclaimed “feminist” men, who instantly retract their faux-feminism upon not getting their way with her. One of the men, as a means of hinting his support for women, even adds, “I worked for Hillary.”

The point here is that a belief in feminism cannot just be stated. It must be reflected in your actions—what you think, how you act on what you think, and how you treat those around you. It means more than lukewarmly declaring “equality for all!” or bragging about how your mom raised you so well, so you obviously just have such a deep respect for women. It means actually making clear and concerted efforts toward that equality, applying that respect to all women in your interactions, or reflecting on how you might be complicit in making things more difficult for women.

Even as a woman, finding my stance on feminism was not an instant process. No one is born a feminist, because no one understands the full extent to which she is marginalized until she has to grapple with that very marginalization in her societal experiences. Finding my feminism was a consequence of differentiation. It means feeling your institutional inferiority relative to men, but pushing against it instead of falling prey to it.

That’s why the recent waves of women opening up about their experiences and standing up against the very men who hurt them is a hugely important moment that we should all applaud. There’s absolutely something beautiful about the unity in this all. The overwhelming majority of women don’t report their sexual assault due to reasons ranging from fear of retaliation to emotional trauma. It’s a difficult thing to do, especially when your perpetrator is someone as powerful as any of these celebrities. This moment, however, tells us that the real power is not in the men, but in the women who have stood up against them.

In an apology regarding his sexual misconduct, Louis C.K. concludes, “I will now step back and take a long time to listen.” Listen to us, sure. But you can do much more than that. It doesn’t matter if you say you’re a feminist. If you really want to show your support of women, act on what you’ve listened to and heard. Internalize our stories and strength, and treat us how we deserve to be treated.

Annie Geng is a second-year in the College.