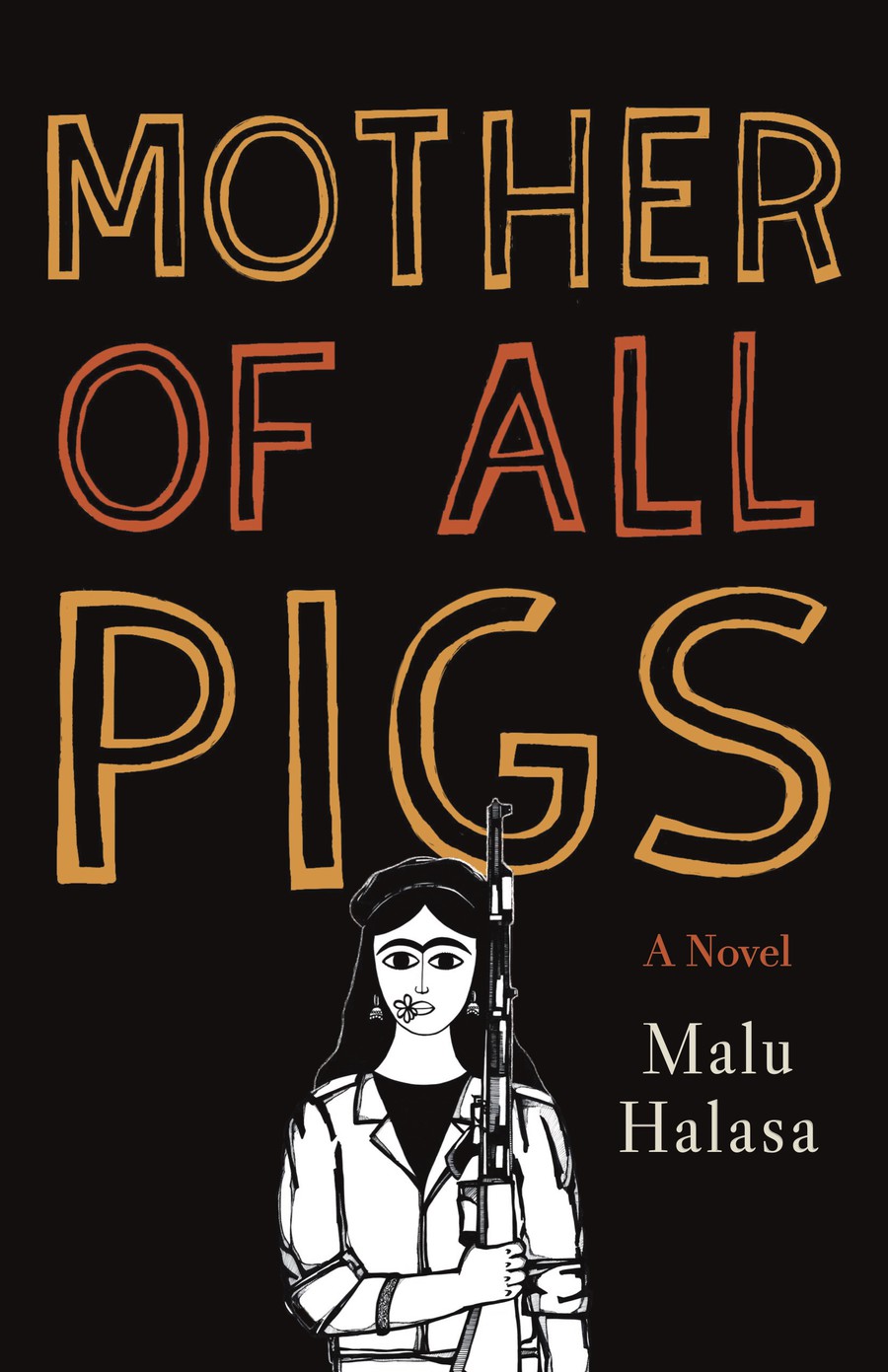 On the evening of November 3, in the intimate inner rooms of 57th Street Books, author Malu Halasa engaged in a discussion with Adam Morgan about her debut novel, Mother of All Pigs, as a part of the Seminary Co-Op’s Open Stacks podcast. Halasa discussed the journey of writing the book, how the book differed from her previous non-fictional works, and the current “moment of great transition” in the Middle East that is reflected in the literature produced there.

Born in Oklahoma and raised in Ohio, Halasa is of Jordanian and Filipina origin and has spent a significant part of her career writing and reporting in and about the Middle East. Halasa’s Secret Life of Syrian Lingerie: Intimacy and Design is a 2008 collection of essays and interviews that dives into the “previously unknown racy lingerie culture in the factories of Damascus,” while Transit Tehran: Young Iran and Its Inspirations is a series of anthologies showcasing art and literature from Beirut and Tehran. However, as a writer and activist, Halasa knew that her non-fictional oeuvre could only go so far in altering people’s perceptions about the Middle East when her audience was primarily an academic one. With Mother of All Pigs, she explores how storytelling can inspire social change by appealing to a wider readership in a subtler, more empathetic way.

Mother of All Pigs began in the 1990s as a personal exploration of Halasa’s family’s mysterious history, but it later evolved into something beyond an autobiography. Although many characters were based on actual acquaintances and relatives—like Muna, who comes from the same diverse ethnic background as the author (but nothing else, Halasa added laughingly)—the cross-generational narratives in the book can easily apply to any family living in contemporary Jordan. This is especially true of Arab families splintered by their younger members’ immigration into foreign countries, yielding a hybrid youth culture occupying a liminal position between two radically different societies. Halasa described mixed Arab families like Muna’s as “the new face of the Middle East.”

The cover of the novel was designed by the Palestinian artist Majd Masri as a part of her Haphazard Synchronizations series. Halasa describes the figure on the cover of the novel as representative of a generation younger than her own, one torn between the post­-Arab Spring polarities of peace and violence in a politically animated landscape. The woman confronting readers with a daisy in her mouth and rifle in her hand could be Samira, a member of the Sabas family, which the novel centers around. Intermittently transitioning from the anxieties faced by a pork butcher in an Islamic community, to the trauma-induced worries of a mother abandoned by expatriate offspring, to the profit-motivated fears of a black marketer, the novel intricately illustrates the malaise faced by the inhabitants of a small Jordanian town on the fringes of military conflict. Ultimately, the story is encapsulated by the opening line of the novel: “Disappointment burns like desertification.”

Yet, as Halasa emphatically expounded during the event, her book aims to dispel the dust cloud of disillusionment and terrorism espoused by major media outlets about the Middle East. Instead, she succeeds in taking readers beyond the haze of stereotypes to reveal the cultural richness, dark humor, and complexity that characterize contemporary life in the Middle East. This exists particularly in states like Jordan, a semi-conservative space constantly challenged by the abrupt yet continual influx of refugees over the years. For such an accurate rendition of Jordanian life, Halasa maintains that her work is veritably an American novel, exhibiting a form of storytelling more redolent of Western literature than of the Arabic variety. However, as Halasa pointed out with excitement, this disparity is changing as exceedingly more Arab writers adopt more experimental modes of literary production, a movement spurred by contemporary political tensions.

Available for sale online as well as at 57th Street Books, Mother of All Pigs tackles topics ranging from dysfunctional family dynamics and the patriarchy to revolution and gender roles. Yet it still manages to balance solemnity with a witty light-heartedness. Whether through valuable insight into the Middle East or through thyme-tasting nostalgia, Halasa’s debut has something to offer any reader: American, Arab, or both.