Attendees of the Hindu holiday festival enjoyed food from Udupi Palace and henna designs while watching a series of student performances. 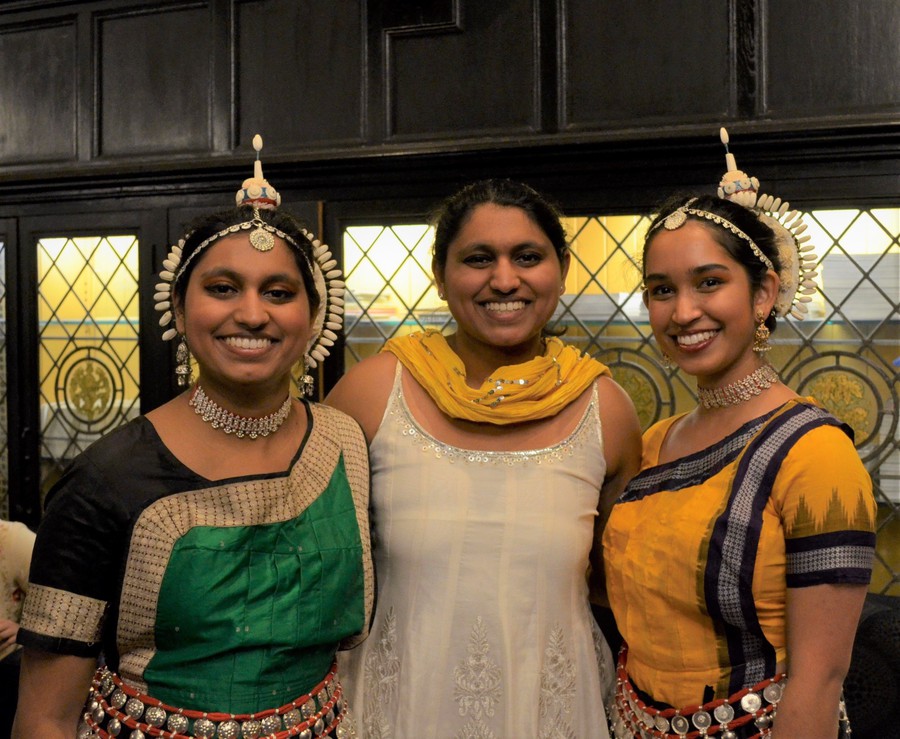 Last Friday, Hutchinson Commons transformed into an unrecognizable venue for South Asian Students Association (SASA)’s annual Diwali festival. The typically dim room was filled with a shimmering array of saris and candlelight. Students began to file into Reynolds at 6:30 p.m., eager to get their share of food from Udupi Palace. Everyone struggled to make room on their paper plates for some of everything—saag paneer, gulab jamun, naan, and more.

There was a communal atmosphere in the room as students settled around crowded tables, quieting to hear Anirudh Duvvuru and Uditi Karna, director and fundraising director for SASA, introduce the event. Diwali, the Hindu festival of lights, is one of the religion’s most sacred holidays. For many of the attendees, the event was an opportunity to celebrate this important holiday even while far from home. For those new to Diwali, a number of speakers, including SASA’s co-presidents Anirudh Pennathur and Meghana Rao, explained the importance of the holiday and the ways in which the North and South Indian celebrations vary. The puja (religious ceremony) took place in October, so Friday’s event was mainly a festive affair that aimed to showcase the many South Asian groups on campus and to celebrate the pan–South Asian Diwali traditions as a whole.

This focus on inclusivity was palpable throughout the evening, which began with two Indian classical music performances, the Northern Hindustani music and the Southern Carnatic music, performed by Nikhil Mandalaparthy and Akash Dixit. The tonal sounds of the traditional Indian violin reverberated through Hutchinson Commons, gradually picking up speed with an elaborate drum beat before evaporating back into the high vaults of the hall.

As the music performances came to a close, dancers from Apsara, a classical Indian dance group, took the stage in their impressive white headpieces. By this point, most of the audience had given up on any hope of staying seated. Everyone clamored to their feet to watch the dancers’ footwork.

Meanwhile, at the back of the room, Fatima Ali offered henna. Those willing to wait in line were rewarded with an elaborate lacework of design running over their wrists. By the time Apsara had finished their lively dances, UChicago Aag was in the wings. The a cappella group, which focuses on South Asian fusion music, performed their rendition of “Stereo Hearts” with an unmistakably Indian twist. Their seamless interweaving of languages and cultures seemed to be the perfect reflection of the festival as a whole—a showcase of varying traditions that complemented, and never contradicted, each other. 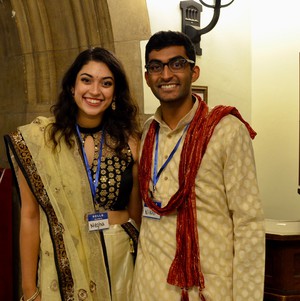 UChicago Bhangra, the Punjabi folk dance group, then took the stage with their elaborate collection of props. Their first dance incorporated large, accordion-like pieces, which they slammed and swung with incredible speed. The dancers’ infectious energy immediately filled the room as, once again, the audience rose to their feet. Then, with the same impressive swiftness, the wooden props were replaced with flags, which the dancers swirled around themselves in beautiful unison.

The evening focused on celebrating the festival’s universal values, such as “the triumph of good over evil,” inclusivity, and positivity, and their implications for the wider UChicago community. These values could be seen in the sheer diversity of performance groups over the course of the night. The warmth of the festival and the sense of community it created, with groups of strangers and friends gathered around candlelit tables, were practically enough to ward off the cold of this year’s first snow.