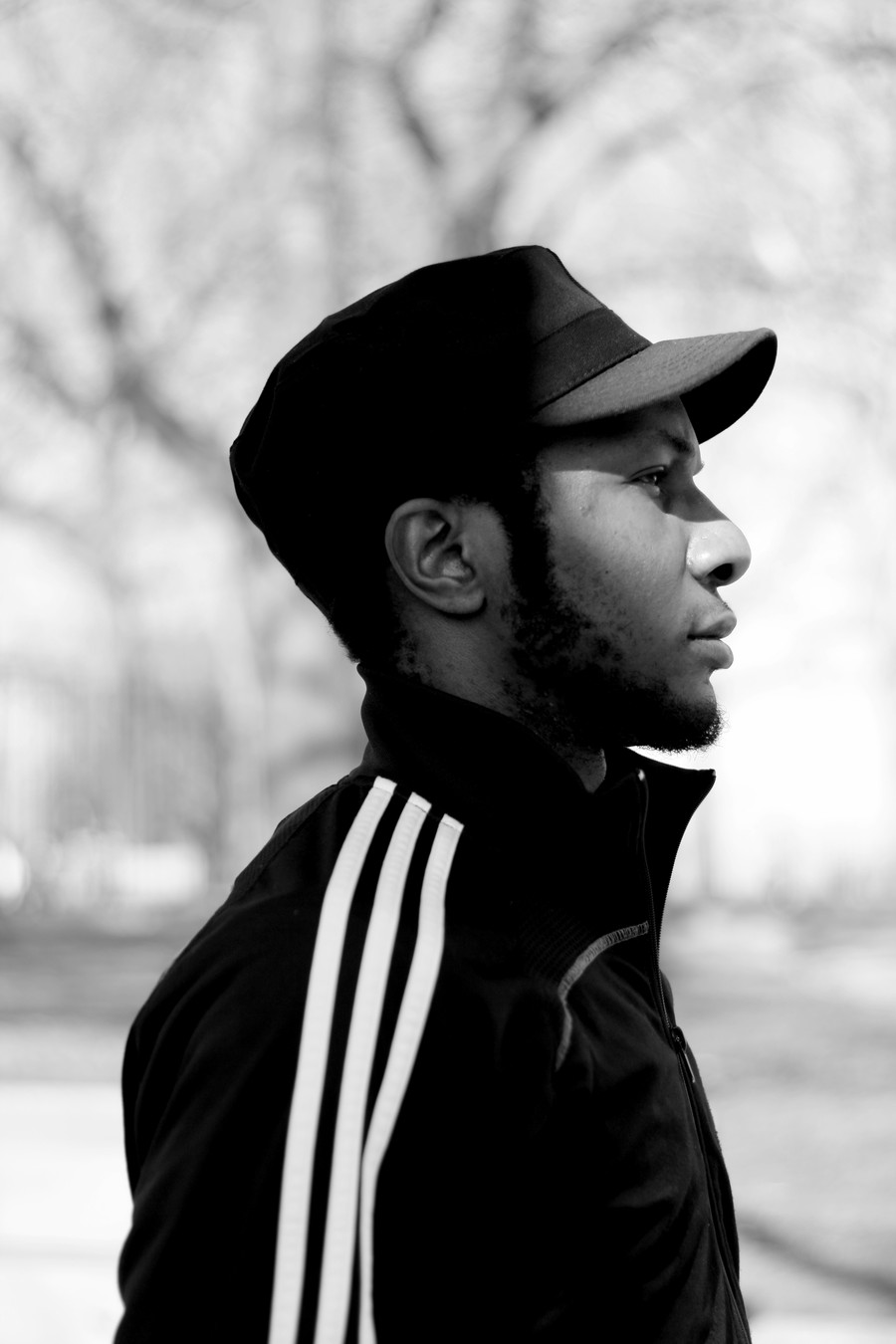 As Teju Cole concluded his talk, “Seeing and Writing and Both,” before a packed Logan Performance Hall last Wednesday, a middle school–aged girl raised her hand and asked a question: “If you were given one sheet of paper, one canvas, and you were to take all your photos and all the books that you wrote, and were to paint a piece, or draw a piece, what colors would you use, and what would it be?”

“I think it might be interesting to make a highly detailed drawing of the night sky, and all the stars, and a very precise set of constellations" Cole responded. "I think if you did it carefully enough, it would be almost exactly the same as a photo, and that’s kind of miraculous…. It actually captures a particular moment in time.”

Cole is a present day Renaissance man—a fiction and nonfiction author, art historian, photographer, and photography critic for The New York Times Magazine—who is probably best known for his photography work. So it’s perhaps unsurprising that he would choose to draw as photographically as possible. Beyond simply alluding to his propensity for photography, Cole’s answer captured the essence of his talk.

Although Cole’s hypothetical drawing would be an index of the night sky—a record of how a particular moment in space and time was perceived—it would nonetheless remain beautiful, mysterious, and intriguing. What, exactly, is out there in the night sky? That will always remain a subject of inquiry, even though the contents of the universe are, to a certain extent, unknowable.

It became clearer throughout the evening that it is precisely this enticing interplay between beauty, facts, and the unknown which Cole seeks in his various endeavors. In his lecture, Cole focused specifically on how the mediums of photography and literature create this interplay.

Cole began the evening by discussing the conversation between images and text in his novel Every Day Is for the Thief. “A photo that’s unmanipulated reflects a certain reality, but by the time you’ve put it next to another photo, you’ve created a narrative,” he told the audience. Even though there are only about 15 photographs in Every Day Is for the Thief, the juxtaposition between each “presents to tell a story that really happened, but it did not.” While in some cases Cole took photos to complement the written narrative of his novel, in others, the photographic narrative shaped the written. Cole read aloud from his novel, in which “fiction and nonfiction met each other halfway.” As is the case with his hypothetical night sky drawing, the beauty of Every Day Is for the Thief lies not only in Cole’s style, but in the interaction between what we can observe to be true, and what we can understand through fleeting sensory perceptions—whether actually experienced or simply described in art.

Cole went on to discuss his latest project, Blind Spot, a collection of 150 photographs from 10,000 negatives he took while traveling the world, each accompanied by text. The title for and inspiration behind Blind Spot come from Cole’s experience with papillophlebitis, also called “big blind spot syndrome,” which caused him to spontaneously lose vision in his left eye for two days. “A writer is a little bit like a monkey sitting under a banana tree hoping for something to fall,” Cole remarked. “This banana fell into my hand, and I realized this was something I needed to explore more deeply.”

He thinks of Blind Spot as “voice-overs,” rather than captions. “I think a caption is doing a very direct kind of work, relative to an image,” he explained. “A caption is what the curator writes in a museum to go next to a painting, and if you’re a museum people-watcher like I am, you’ll notice that people spend a lot more time reading the captions than looking at the pictures…as if the caption is the main event.” Rather than simply imposing meaning on the images in Blind Spot, the voice-over text is “a little bit at cross purposes” with the images it complements, forcing viewers to think more deeply about what is, and what is not, in front of them. Although big blind spot syndrome forces those whom it afflicts to view the world as flat—depth perception requires both eyes—Blind Spot as a book weaves together seeing and writing to challenge the single, flat recording of the world.

Cole read aloud the first essay that he published in the New York Times Magazine as their resident photography critic: “I mean, I know it’s the failing New York Times. It’s fake news—but it’s my fake news, and I get paid for it, so it’s good!” joked Cole.

Cole’s essay, “A True Picture of Black Skin,” examines the photography of Roy DeCarava, who was awarded the National Medal of Arts in 2006. Working mostly in the latter half of the 20th century, DeCarava primarily focused on black subjects. For many photographers, Cole noted, this would have presented difficulty: “Cameras and the mechanical tools of photography have rarely made it easy to photograph black skin. The dynamic range of film emulsions, for example, were generally calibrated for white skin and had limited sensitivity to brown, red, or yellow skin tones.” Rather than meticulously seeking clarity, DeCarava explores “just how much could be seen in the shadowed parts of a photograph, or how much could be imagined into those shadows. He resisted being too explicit in his work,” instead finding power “in the loveliness of its dark areas.”

Miles Davis once said, “Don’t play what’s there, play what’s not there.” Teju Cole mobilizes a variety of mediums to heed this imperative. Whether imagining himself drawing the night sky in perfect detail, or describing the way in which Roy DeCarava’s photography finds solace in the uncertainty of darkness, Cole pushes us with factual observation beyond complacency into the realm of potential, imagination, and truth that is not so readily apparent.