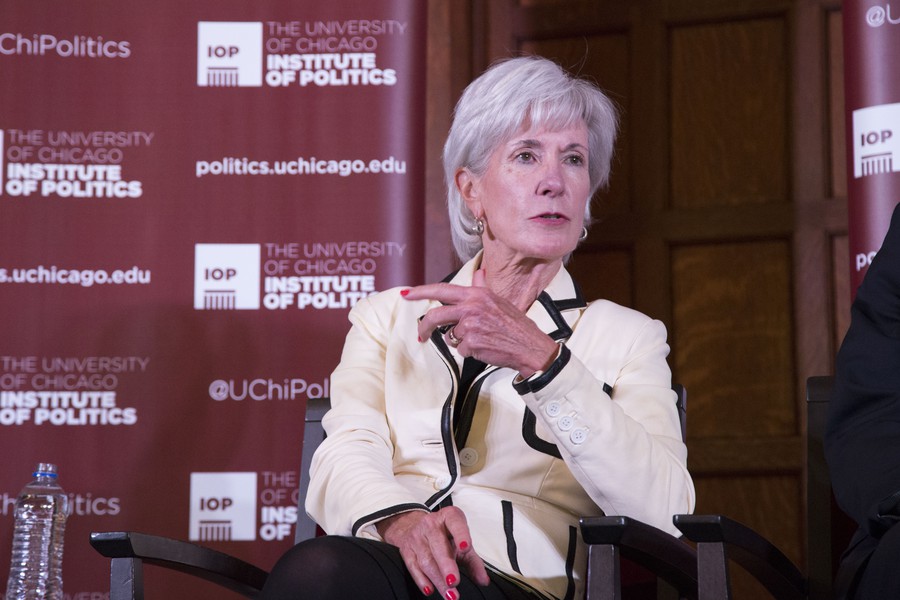 A panel on Monday discussed differences between the Trump and Obama administrations’ approaches to health policy and possibilities for lowering healthcare costs at a UChicago Institute of Politics (IOP) event.

Sebelius was critical of the Trump administration’s efforts to repeal the Affordable Care Act, “Obamacare,” and reduce enrollment rates in Obamacare for the upcoming year. She argued that the administration is now trying to repeal the law using the tax reform bill as an umbrella.

“A lot is different between the two administrations. The current one has repeatedly tried to repeal the ACA and has lowered efforts to enroll people that we saw during Obama years,” Sebelius said during the event.

She explained that the Obama administration spent significantly more on advertising during the enrollment period than the Trump administration has. Additionally, she said that the deadline for enrolling is also earlier than it used to be.

The panelists also talked about why Americans on average pay more for health care than citizens in other developed nations and how that amount could be reduced.

Sebelius said that Americans do not use more health care services than people in other developed nations, but the cost of healthcare services—say, a heart surgery—is significantly higher in the U.S. For instance, total fees associated with a coronary artery graft in the U.S. tend to be around $75,000 while in the Netherlands the total cost is around $15,000. She believes in greater use of bundled payments or paying health care providers lump sums of money per patient.

During the event, Meltzer said that institutions, both public and private, need to conduct more research and trials to find more effective ways of lowering costs in the health care system. “We need to do much better research for care coordination and increase spending to carry out extensive trials. There is a lot of promise in applying those methods,” said Meltzer.