With Tax Plan Advancing, U of C Hopes Tuition Waiver Provision Stays Out 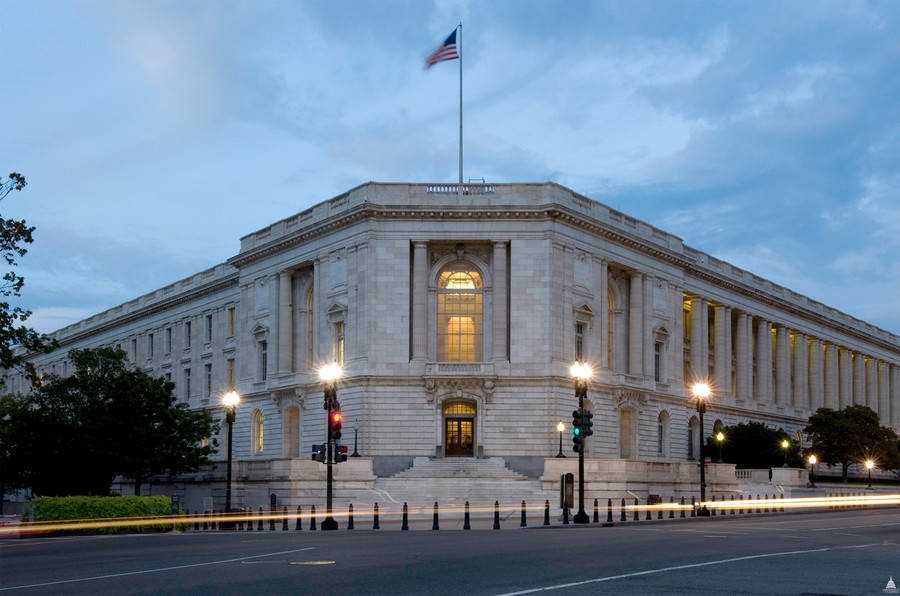 Members of the University community are nervously watching congressional efforts to pass a tax reform plan, with particular concern regarding a proposal to treat graduate student tuition waivers as taxable income.

With the Senate approaching a possible vote today, a provision in the House bill would tax grad tuition waivers, valued for some doctoral students in the range of $40,000/year. This tax would be on top of what grad students already pay on stipends, which have a minimum of around $25,000.

University administrators have been vocal about their concerns if this proposal passes, and they’ve described their efforts to lobby against it in Washington. While some faculty members are sounding the alarm, others feel there isn’t as much urgency to respond due to a perception that it’s unlikely to become law or that the University would be able to soften the impact if it does.

Chair of the Ben May Department for Cancer Research Geoffrey Green says he sees the House bill tuition waiver provision as inapplicable to the majority of University of Chicago graduate students in the biological sciences. Only tuition waivers related to teaching would become taxable income while tuition waivers in the form of scholarships would remain untaxed, he said.

“Tuition waivers fall into two categories, those that are linked to teaching and would become taxable income, and those that are not directly linked and are scholarships or their equivalent,” he told The Maroon. “In the biological sciences at the U of C, tuition waivers for most graduate students are in the latter category.”

“Their stipends are already taxed and the only ‘teaching’ they do is as TAs for 1-2 courses, which is considered part of their training and education, not as a paid job. They receive their stipend and tuition regardless,” Green said.

Green believes that any financial burden placed on students in the biological sciences by the plan will likely be minimal and compensatable by the University. “I am guessing that our institution and others will make sure that tuition waivers are classified as scholarships whenever possible,” Green said.

It’s currently unclear how the University plans to respond if the plan does pass—at this point The Maroon is unaware of a signal from the University that suggests it intends to change how it classifies waivers if the proposal becomes law. Requests for some insight into the University’s plans were the bill come to pass—via an interview with an administrator or an official statement—were not answered; a spokesperson referred The Maroon to an email from executive vice provost David Nirenberg to graduate students providing updates on the University’s lobbying against the relevant proposal. “The University is working directly with key lawmakers and collaborating with numerous other institutions and associations in opposing these changes, and in vigorously advocating for our students and our community,” he wrote.

Nirenberg wrote an op-ed for the Washington Post Wednesday headlined, “Why you should be worried about Congress trying to tax graduate students.”

He passionately describes the “important work” grads do “for the benefit of society,” concluding that Congress should strip the proposed tax on tuition waivers from its tax proposal if it truly cares about “strengthen[ing] our economy and advanc[ing] our quality of life.”

“Whether we are interested in health sciences or computing, in art history or economics, the discoveries that move us have all been shaped by graduate student hands,” he writes. “The innovations that have created our health and prosperity today were built on the research of yesterday’s graduate students.”

Some University graduate students are deeply worried about the implications of the proposed tax plans. Seventh year graduate student Chaz Lee said in a statement on behalf of Graduate Students United (GSU), “The increased tax burden, which threatens to be in excess of 200% of what many [graduate students] pay on current take-home income, would create an untenable situation for graduate training and work.”

University professors and department chairs have been reluctant to respond to inquiries about the plan, particularly due to the current uncertainty of its future. James Parker Hall Distinguished Service Professor of Law Randal Picker shared information on the proposed tax plan with members of  the University Committee of the Council, though he wasn’t personally aware of further faculty activity on the issue.

University Chair of Biochemistry and Molecular Biology Tobin Sosnick believes that if the plan is passed and new taxes result in a significant decrease in student take home pay, the University will need to find new sources of funds to support its students. Regardless of the source of this funding, Sosnick sees the increased cost to financially support students in the natural sciences as leading to a reduction of monetary resources for conducting research.

Uncertainty is a particularly common sentiment among faculty regarding the new plan. “We have no good sense of how realistic this is,” Sosnick said in an interview. “There is no reason to be laxadaisical, if there is anything we can do to stop it, we should.”

There's still some lack of clarity around the likelihood of passage as it is still under debate in the Senate. The University has not commented on any initiatives it would take if the plan passes.

GSU has been organizing to oppose the bill. “We’ve been calling members of Congress to make sure they are informed about the negative impact the graduate tuition tax would have on us, our labs, and our undergraduate students,” Lee said. GSU also hopes to collaborate with University administration to prevent extreme changes to the living situations of graduate students, which could affect University departments reliant on academic workers.

Many faculty members feel the situation remains too volatile to have a well formed opinion of the proposed plan or that it necessitates a response from the University. One professor did not feel qualified to comment on the details of the tax plan and believes this ignorance “puts me on the same basis as most of the Representatives and Senators who will vote on it.”

As expected, the U.S. Senate did not hold a vote on the bill during its Thursday hearings. They will reconvene at 10:00 a.m. to continue deliberations that could lead to a vote by the end of the day. The Senate tax plan currently includes a 1.4% excise tax that would apply to the University of Chicago. Republicans are holding on to optimism for the bill’s passage after gaining the vote of previously undecided Senator John McCain of Arizona on Thursday, but Republicans do not yet have enough pledges to guarantee the bill’s passage.

Know more about how UChicago is responding to this proposal? You can get in touch here.

This article was updated when Sosnick clarified his position in further discussion with The Maroon. The update also corrects Lee’s year.