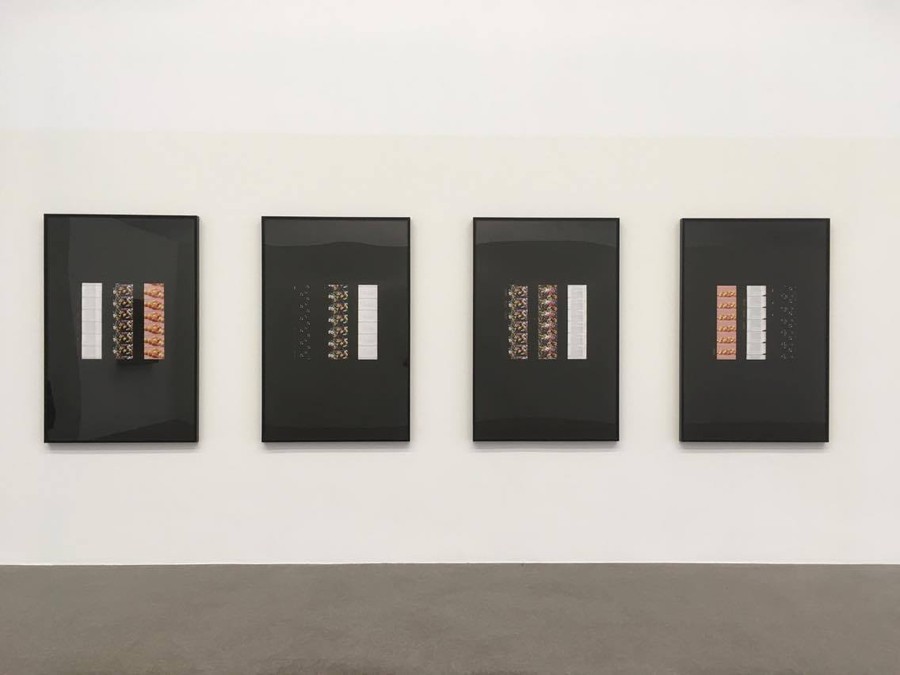 I’m not sure if I understand the latest exhibition at the Renaissance Society, and I’m not sure if one is supposed to. Alejandro Cesarco’s Song opened on November 18, and the viewing experience is a bit like reading a Thomas Pynchon novel: It’s difficult to assess what is actually meaningful, what becomes meaningful by virtue of the fact that it is not in itself meaningful, and how different layers of meaning interact with each other.

Cesarco, a Uruguay-born, New York-based artist, has deep ties to conceptual art and often incorporates other forms of art, such as literature and music, into his work. The Renaissance Society website describes his artistic practice as one that investigates “time, memory, and how meaning is perceived.” Although Song consists of only five works, it is a clear continuation of Cesarco’s practice; two particularly prevalent motifs are meaning and ephemerality.

Upon entering the gallery, one is immediately confronted by a faint pink rectangle on an otherwise blank, white gallery wall. Perhaps “confront” is too strong of a word—Cesarco himself has said that in this work, it is as if “the gallery wall were blushing,” and indeed, the rectangle at first appears less like a statement than an ephemeral imperfection, perhaps leftover from a previous exhibition, which will soon be covered by white paint.

Titled The Dreams I’ve Left Behind, the pink rectangle is a silkscreen printing of a photograph of the wall behind Cesarco’s bed. “It’s unclear whether the wall is blushing because of the nature of my dreams or because I’ve left them behind,” commented Cesarco in an interview with ArtForum. In both cases, meaning seems to result from the public display of private thoughts. But is there any meaning inherently preserved in a wall? Or in a photograph of a wall? Or in a silkscreen print of a photograph of a wall? If the pink pigment is a trace of Cesarco’s dreams, it is a vacuous one, largely inaccessible to those of us who have never set foot in his bedroom. And yet, this trace has apparently outlasted Cesarco’s dreams. 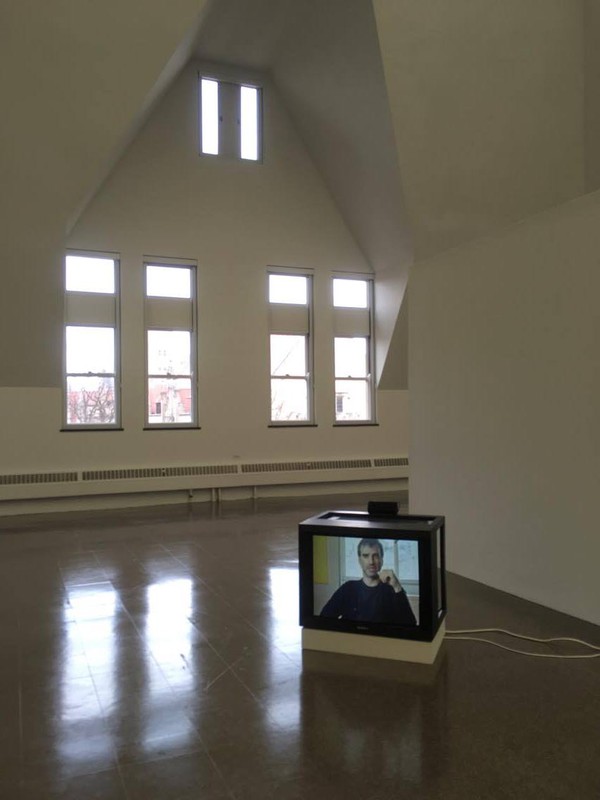 Equally tantalizing are two video installations, Everness and Revision. Everness, created in 2007, presents an actor on a television screen in black and white, sitting in an office full of books, reciting a monologue about literary tragedy written by Cesarco.

“I define tragedy as the arrival of an enigmatic and supernatural message that the hero fails to fully and timely comprehend,” begins the actor. These words seem eerily self-conscious. It is worth examining whether the words recited in Everness are meaningful on their own, or whether meaning arises when considering that these words are recited arbitrarily, and seemingly legitimized by the way in which they are visually presented along with their recitation.

But the meaning of Everness changes when considered alongside Revision, which was created this year. The same actor, but older, appears on a different television screen, this time in color and in a different setting. He recites the same monologue, but it is spliced together and in the past tense: “I defined tragedy as the arrival of an enigmatic and supernatural message that the hero fails to fully and timely comprehend,” he begins. The certainty of his words is again called into question, and the arbitrary artifice of each display highlighted. Since the principal difference between Everness and Revision is time, Cesarco seems to question whether meaning is, itself, ephemeral.

I left the Renaissance Society feeling like a character in an Albert Camus novel: Ultimate meaning was beyond me and impossible to parse out. Cesarco questions how meaning is made, and that questioning seems to entail a degree of confusion.