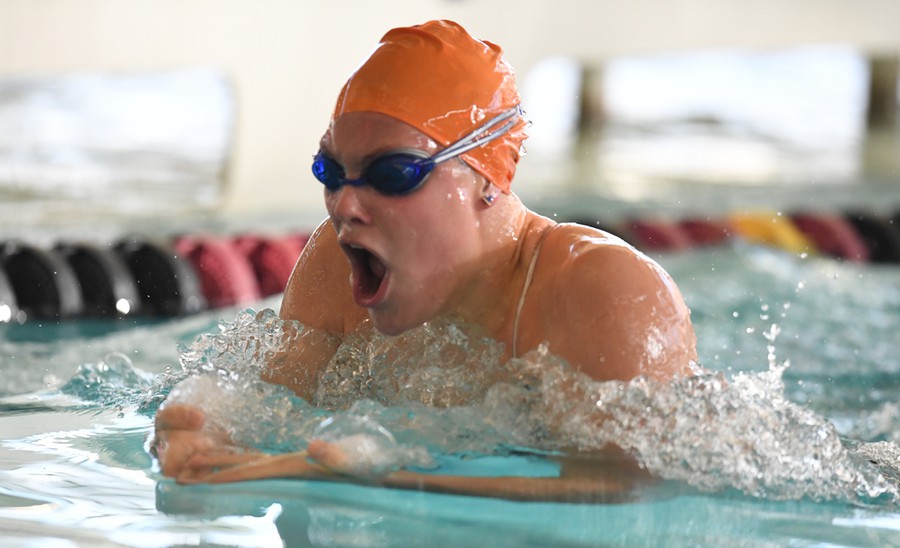 The Chicago men’s and women’s teams placed second and first, respectively, as hosts of the annual two-day Midwest Invitational this weekend. On the men’s side, No. 7 Washington University led the field of six teams with 827.5 points, while the No. 11 UChicago men tallied 469.5 points. For the women, the No. 8 Maroons topped the overall standings with 601.5 points. Runner-up Case Western Reserve University ended the weekend with 405 points, while UW–Milwaukee was third with 335 points.

At the conclusion of the meet, the men garnered 11 top three finishes, including a victory in the 200-yard butterfly. First-year Aaron Guo won the event with a time of 1:50:61 for the Maroon’s top finish on the men’s side.

The women’s dominating performance included 17 finishes in the top three and five first-place showings. The Maroons started the meet off strong on Friday night with a win in the 200-yard freestyle relay. The team of first year Yifan Mao, third-year Maya Scheidl, second-year Hannah Eastman, and fourth-year Abby Erdmann finished in 1:37:95 to edge out UW–Milwaukee for the victory. In the 200-yard butterfly, Erdmann again found herself with the fastest time, taking first place in 2:05:34.

The Invitational marks the end of the regular season schedule for the Maroons, serving as both a championship meet and an opportunity for swimmers to time trial events, either in hopes of earning a new personal best or achieving a specific time for nationals. Grube, who recorded three top-three finishes over the weekend, said of her championship meet, “Not making the conference team last week made me feel like I had something to prove so I used that motivation when swimming my events.”

UChicago now awaits the release of the NCAA DIII Selections that will finalize the list of swimmers attending the NCAA Championships. With a strong regular season in the books, the Maroons are hoping to qualify a number of athletes. While the swimmers wait for the list of official times, the divers continue to prepare for the NCAA Diving Regional Meet, a two-day competition this Friday and Saturday at Calvin College. The meet will determine which divers will also travel to Shenandoah, TX, for nationals next month.

For many swimmers, the long season has come to an end. Reflecting on her first year, Grube said, “Overall I think swimming on this team was an integral part of my first year at this school, and the support of the teammates and coaches is incredible.”