Corey in the House

The IOP’s embrace of free speech at all costs poses problems. 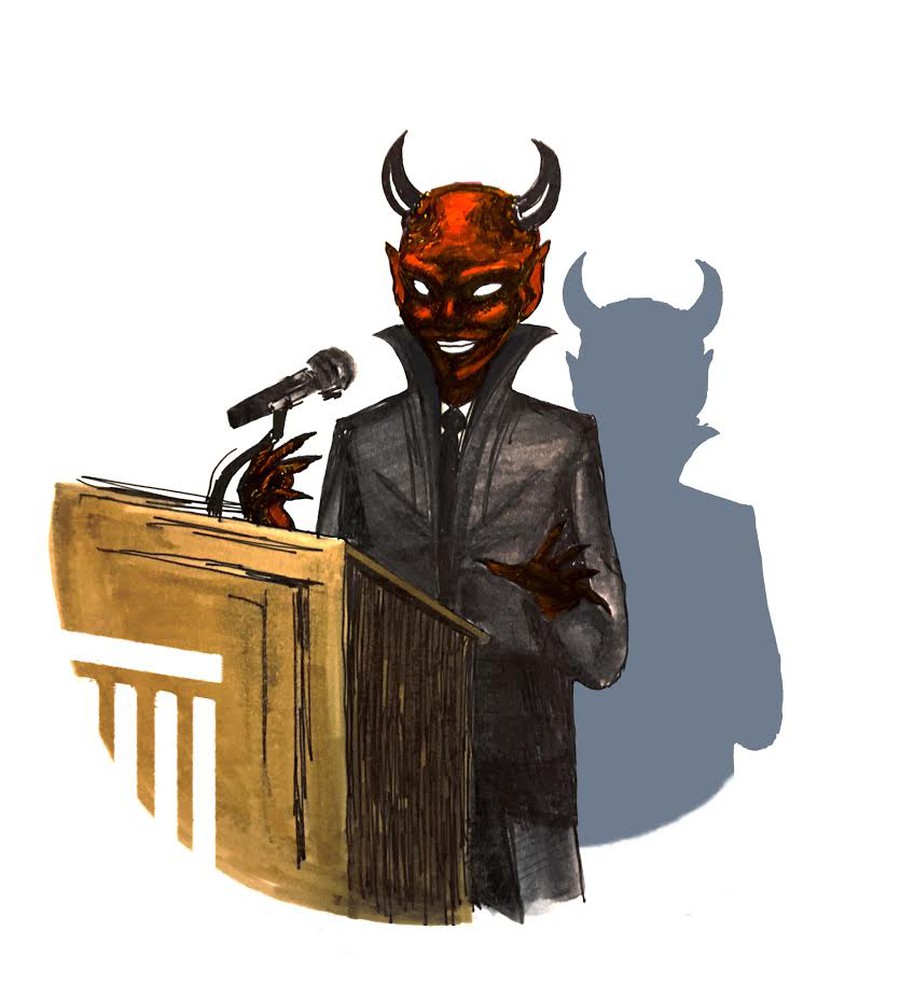 I did not attend the Corey Lewandowski event last week at Uncle Axelrod’s Super Happy Playtime Funhouse, not necessarily because I did not want to hear Lewandowski speak—I did not—but more because I had several prior commitments that took precedence. In particular, my fragile-snowflake self-worth is precariously held together by my tri-weekly attendance at our campus's high-energy core-sculpting Zumba class, which is coincidentally run by a wonderful Latina immigrant from Argentina. It would have been very crass to miss her event for Lewandowski of all people, and moreover, I want abs. Corey and the Institute of Politics (IOP) cannot give me abs.

In other words, I cannot speak to the content of the off-the-record Corey Lewandowski event specifically. However, as a proud, obnoxious liberal undergraduate, I will not let my lack of specific insight stand in the way of having a self-righteous opinion about it all anyway.

By now I’m sure that the controversy surrounding Lewandowski and his invitation to the IOP is fairly well understood; in short, Lewandowski helped run the campaign that got Donald Trump, who is not exactly popular in Hyde Park, into the White House (or at least, theoretical access to the White House, if he didn’t spend all of his time at Mar-a-Lago). Given that the Trump administration has actually acted on the divisive rhetoric used during the campaign, it is worth questioning the propriety of hosting a figure like Lewandowski at any event, let alone an off-the-record one where Lewandowski can be mostly shielded from public accountability. To quote the letter delivered to David Axelrod in protest, should we really be giving a chance for “those who incite hatred and violence against refugees, immigrants and minorities,” to explain themselves?

The IOP frames the issue in terms of promoting discussion and debate on campus, which, to be fair, is an end that it is theoretically designed to strive for. Yet the argument for Lewandowski’s presence on campus ends there—we invite him because he has a viewpoint, and viewpoints are nice and good and cool, and we should hear viewpoints even if we disagree with them. That argument only extends so far—some viewpoints are objectively pretty sucky and are thus hardly worthy of condoning in any setting, even one that otherwise celebrates the free exchange of ideas. You know who else had opinions? Hitler.

There. I said it, and you saw it coming. Hitler had opinions too. Big ones. Huge. They were evil opinions. I am going to assume that the IOP would reject inviting the resurrected corpse of Hitler as a speaker to come and tell us why the Poles deserved it and the Jews are evil. I’d also give the IOP the benefit of the doubt and assume people like David Duke or Fred Phelps would be personae non gratae there as well. This is because at some point, the potential benefits of discourse are meaningless when we engage with, and thus legitimize, hateful ideas.

The IOP should have responded to criticism with some sort of bright-line that they presumably have formulated, whether explicitly or not, regarding the point at which they consider a discursive point of no return to have been reached. By providing a clear (as could be reasonably expected) standard, they could justify their invitations without resorting to an overused, case-by-case “we love viewpoints” line. Such a standard could be as simple as “We at the IOP will not host any individual or group whose core doctrine involves the dehumanization and endangerment of other citizens.” Then the argument could at least potentially be made that Lewandowski does not incite hatred and violence as properly understood, and his presence is needed to understand the nuances of his position. However tenuous that argument may be, it at least would ensure that subsequent discussion would be somewhat more productive, and provide a clearer reasoning behind the IOP’s various speaker invitations. The IOP apparently wishes to avoid such a thing altogether.