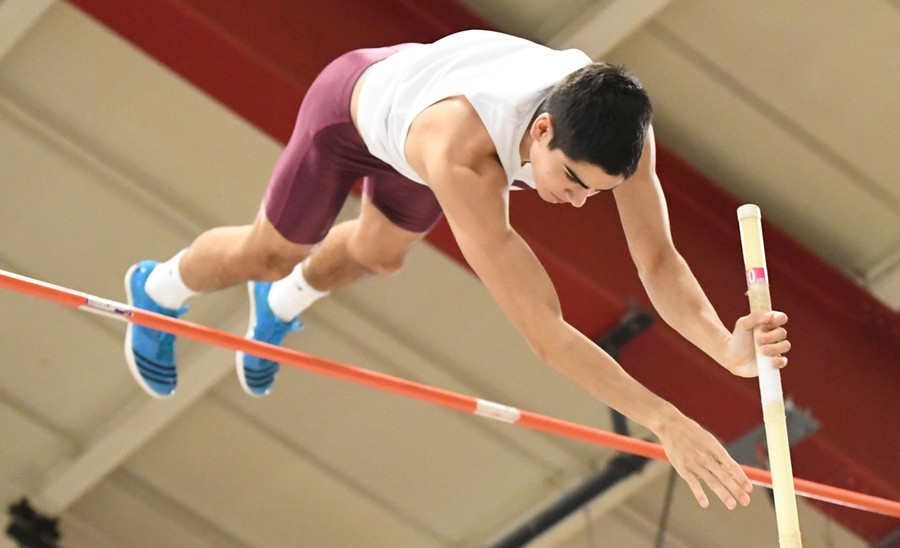 This weekend, the Maroons will take a trip out east to Brandeis University for the annual UAA Indoor Championships. Both teams were victorious at the Margaret Bradley Invitational this past weekend and are looking to close indoor season on a strong note, hopefully punctuated by a UAA title.

Both the men’s and women’s teams will be competing at the highest level, matching up against the toughest competition they’ve seen all season. The women’s team is especially eager for the chance of an UAA title after a narrow loss to Wash U last season.

“I think it’ll be a great weekend for both teams. We’ve been training hard, and it is exciting that we get to go race the rest of the UAA. We saw Wash U earlier this season, but haven’t raced the whole UAA since the outdoor championships last April,” second-year Owen Melia said.

The UAA conference has a strong history of talent, making this meet a special one, as the Maroons will have a chance to compete against top-tier athletes. “As a team, we are really looking forward to the level of competition we will see at UAAs this weekend. There are some elite teams and individuals in our conference, so it will be fun to match ourselves up against them,” third-year Cassidy McPherson said.

At the indoor meet last year, the women came in second to Wash U and the men, in a narrower race, came in fourth. Both teams look to improve on these records, especially with the added success that the first-year class has collectively been bringing all season. “I think some of our first-years are going to have a big impact at this meet,” Melia said. “Hopefully they’ll catch some teams by surprise.”

The Maroons look to play their hand at both the team championship and an array of individual championships. The women’s team boasts many highly qualified athletes across multiple events and ages. The South Siders will look for big performances from standouts such as third-years McPherson in the 800-meter and Khia Kurtenbach in the mile, and first-years Isabel Garon in pole vault and Alisha Harris in the 60-meter. However, they will be missing a key element from last year: fourth-year Michelle Dobbs, who was an indoor national champion in the 800-meter.

On the men’s side of things, fourth-year Temisan Osowa will look to dominate in the 60-meter, while third-years Patrick LeFevre and Nathan Downey look to do the same the in 60-meter hurdle and the pole vault, respectively.

“Every meet different people have been stepping up, making us a better team each week we compete. Conference is always a special team experience where we really have to come together to accomplish our goals, and I expect this weekend will be no different,” McPherson said. “We have a whole team of women and men who want to get better and work to get better every day in practice together, and I really believe that will show this weekend at UAAs.”

UAA action will begin on Saturday at 12 p.m. Eastern Time at Brandeis University and will continue through Sunday.