To Professor Brown, With Love

Thanks for your opinions on Milo Yiannopoulos, but you’re wrong. 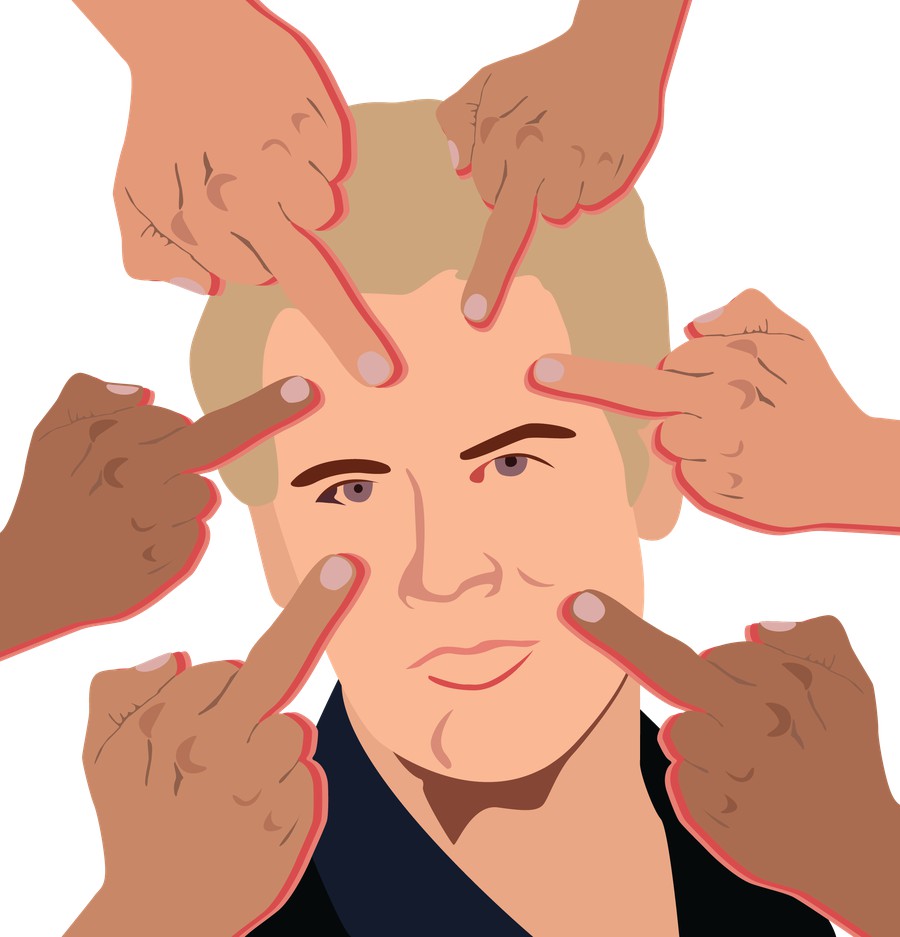 A few days ago, associate professor of history Rachel Fulton Brown came out in defense of former Breitbart Senior Editor Milo Yiannopoulos with an article in the Divinity School’s online publication, Sightings. In doing so, she also “unmasked” herself as the author of the blog Fencing Bear at Prayer. I read her Sightings article. I was impressed that somebody put their money where their mouth was. Then I read her blog post, which aligned herself with many of Yiannopoulos’s controversial opinions on gender roles. It was very smart of Brown to come out after she had tenure. She can’t, and won’t, be censured for her opinions, as the chair of the history department confirmed. Brown has chosen to freely publish her blog on her University webpage and cited it in her Sightings article. As a member of the University community, this is my response to her.

In the Sightings article, Brown argued that religion was the wellspring from which culture sprang and that the reason American universities historically came to be was to cultivate proper understanding of religious theology. She argued that the “denial of religion as the basis of culture is the source of the violence we are now witnessing, both on campuses and across America at large.” According to Brown, students and faculty at UChicago and elsewhere are afraid of Yiannopoulos because the things he “talks about are usually considered political, but in fact have to do with people’s deepest convictions: the proper relations between women and men, the definition of community, the role of beauty, access to truth.” Student protests aimed at preventing Yiannopoulos from speaking at universities supposedly represent a crisis of faith and religious thinking in America that can only be fixed through a renewed role for theology in university education. This is all, of course, selective historicist bullshit.

Brown and Yiannopoulos—whom she compares with Jesus—both love to champion freedom of expression as a truly unique feature of this country. I agree. I thank Brown for exercising her rights so freely. I love that she came out with what she believes in. Now I can engage her views on their own morally bankrupt terms, not because she is white, Christian, a woman, or a Republican voter, but because she has given me the opportunity to address what she feels to be the injustices of progressives against her views and those who share them. Professor Brown, thank you letting us know your thoughts, but as your self-anointed St. Yiannopoulos says: “fuck your feelings.”

Brown claims that she loves Yiannopoulos because of how he says what he says. In fact, she only really champions him because of what he says. This is less an issue about Yiannopoulos and more of an issue about what she believes to be the unequivocal truth of her religious and political views: abortion is murder, casual sex is morally wrong, a woman should spend her most “fertile” years raising children and cooking for her husband, etc. To her, to propose any other view is a lie. Brown’s ideals originate in Western European civilization. To be clear, I don’t think that she is Eurocentric for studying the European tradition; attempts to classify her as such are wrong and partisan. Far from being Eurocentric, she doesn’t even consider the historical experience of millions of European lives which did not conform to her ideals of piety.

But Brown is no less partisan in reducing the entire Western tradition to her interpretation of Christian theology and morality. If Yiannopoulos is Jesus, then so is Frankie Boyle (and he’s a much better prophet at that).

This is what Brown is really worked up about. For her, Western civilization is really only Christianity. Religion and theology—which she sees a panacea for America’s troubles—is her idea of morality. She is correct that Christian theology is not at the center of university education but that religion still is. It is true that we just don’t call it religion anymore—thank goodness for that—because we reject Christianity’s or any other religion’s monopoly on morality. It took the courage of many generations of men and women to put their careers and social lives at risk to achieve this. It didn’t happen by accident. We moved on and found other sources of morality. Likewise, freedom of speech may have originated to wrestle with religion in the past, but we don’t have to live in the past.

Brown can’t wrap her head around the fact that to oppose Yiannopoulos is not to hate the idea of morality, or even Christian morality, wholesale. Rather, both of their moral values come at the expense of others’ and can’t be validated unless they incite bigotry. Brown thinks that, like Jesus, Yiannopoulos is a troll whose words serve no other purpose than to prompt us to challenge our unquestioned views. In the insular world that Brown lives in, this may be the case. In the real world, Yiannopoulos’s “truths” become truisms only after they are repeated and acted on by his devotees, Brown included.

Brown says, for example, that Yiannopoulos is courageous in saying that women should not be encouraged to accept being fat since they will be shamed for their weight in the real world. Did she ever consider who does the shaming? It is people like Yiannopoulos and herself. People flock to Yiannopoulos, as did Brown, because he is ready to affirm their prejudices. Her lament that opposition to Yiannopoulos represents a “deep crisis in religious thinking” is nothing more than self-righteous indignation that millions of Americans could no longer swallow her idea of morality and chose to move on to better and more humane ways of making meaning in their lives.

I don’t think Brown is racist or Islamophobic. She is conservative. However, her vilification of women who don’t conform to her standards of piety is misogynistic. Her “truths” on these matters are her own opinions, informed by her study of medieval piety—on which she is rightly an expert—and by her warped sense of the history of everywhere outside her imaginary niche of medieval Europe. She listens to Yiannopoulos’s truths on what is most dear to her sense of piety and turns a deaf ear to everything else he says. This is why she can dismiss fears of President Trump’s policies as hysteria and laugh off Yiannopoulos’s words as satire. For this, Brown is the kind of “spineless” coward that she thinks Yiannopoulos’s critics actually are. I don’t know if this is any better consolation than being a racist.

But, most of all, Brown fails to understand that Yiannopoulos’s freedom for incendiary speech does not entitle the unequivocal acceptance of his words. The First Amendment does not legislate relations between private individuals, only between citizens and the state. The University of California, Berkeley, as a public institution, did not shut Yiannopoulos’s bigotry down. Private citizens did.

This is not to say that if Yiannopoulos is invited to our campus, he should be forcefully shut down by protests. In fact, I believe the opposite. Don’t forcefully shut down Yiannopoulos. He’s only the messenger. His success is based not simply on our outrage, but also on the support of thousands—if not millions—who want him to affirm their prejudices. This will require conviction to your own principles, and educating those you can turn away from his. It is possible, even in seemingly hopeless cases.

I hope Brown will invite Yiannopoulos here. I hope you will all show up and stand peacefully outside and let them know how greatly you outnumber her. I hope she expresses her feeling of outrage, and I hope you tell her this: “Fuck your feelings!”

The author is a second-year Ph.D. student in History.

Editor’s Note: The Viewpoints section permits anonymous submissions when there is valid fear of emotional or physical harm.