Castro joined fellow Jackie Calmes on Thursday to discuss his entry into public service and the current state of the Department of Housing and Urban Development. 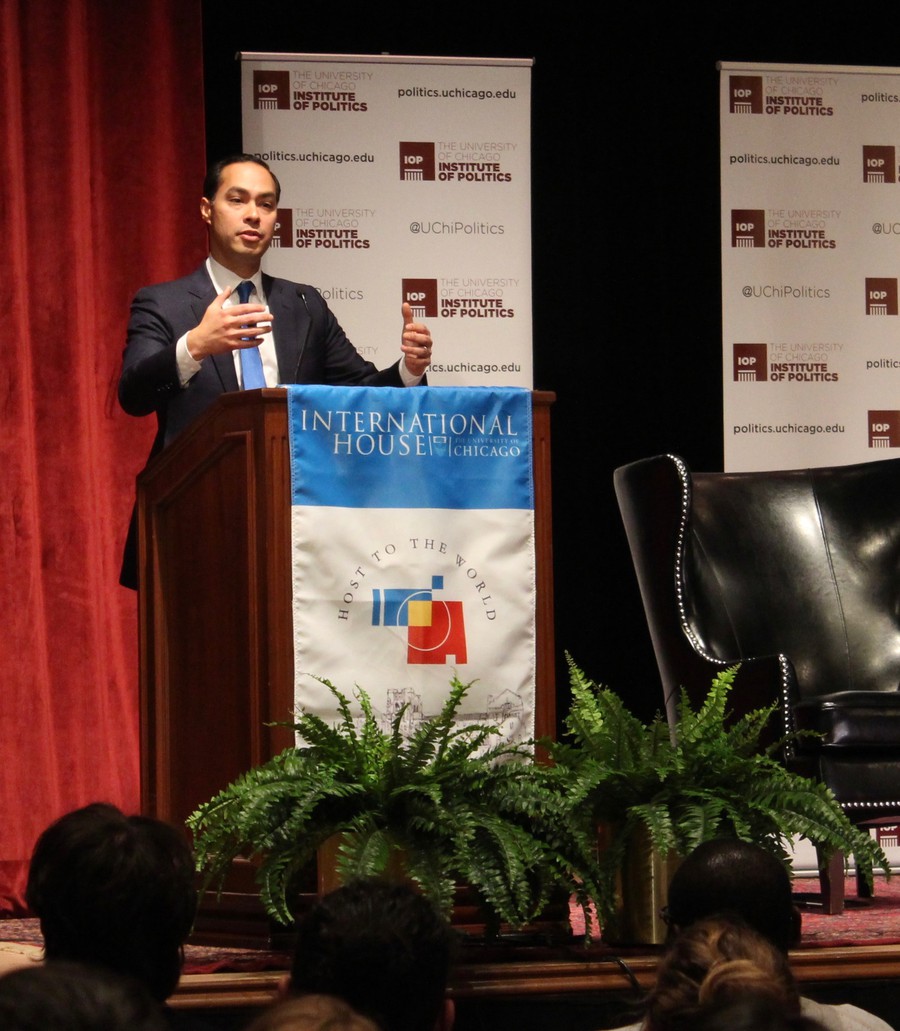 Former Secretary of Housing and Urban Development (HUD) Julian Castro gave a speech at an Institute of Politics (IOP) event on Thursday to reflect on his career and HUD’s current political state. He then took questions from visiting IOP fellow and New York Times writer, Jackie Calmes.

Castro began the event by recounting his own journey into politics. Castro’s mother was politically active during his childhood in the late 1960s and 1970s. His family believed that political involvement and public service could make a difference.

He said that his entry into public service was a combination of both his education and his passion to encourage others to go out and help the community. Ultimately, this led him to run for City Council, and later Mayor of San Antonio.

“My interest in going into politics arose from two things. Number one, a question of how could you combine the best of those worlds in a community and create a city that was future oriented, well-educated, had good income levels, and also was a great place to raise a family and a place that still felt connected,” Castro said. “And then secondly, I felt very, very blessed in my own life to have grown up in those public schools and had the opportunity to go to Stanford and then go on to law school. Basically the chance to reach my dreams the way that y’all have the opportunity to reach yours.”

He then pointed to one of his biggest accomplishments as a mayor, expanding Pre-K programs for San Antonio residents. The Pre-K 4 SA initiative, which was on the ballot in November 2012, mandated increased sale-tax funding for new pre-kindergarten centers to expand early education opportunities.

He also discussed his work at HUD, including ConnectHome, a pilot program partnered with internet service providers and nonprofits. ConnectHome brings broadband access to the residents of public housing. Project Soar, another program created under Castro, brought education navigators to public-housing communities to help high school seniors fill out their FAFSA forms.

“We know that FAFSA is a gateway instrument. That folks who actually fill out the FAFSA are so much more likely to actually attend a college or university, because they know, they find out, when they apply for financial aid that it’s not $50,000 a year or $20,000 a year,” Castro said. “It’s something much more manageable than that taking into account grants and scholarships and loans.”

Castro concluded the event by expressing his hope that students will choose to go into public service. “Go and find the people that interact or are affected by the office you want to run for,” Castro advised. “Listen to their different perspectives and understand them as you come up with your position, because you need their input to understand the nuance and the complexity of each issue”.

Following the speech, Calmes asked Castro which of his HUD programs he is concerned about under the new administration. He explained that while he believes most of his programs will remain in place, he is worried about the new administration’s commitment to the Fair Housing Act. The Fair Housing Act tells communities that get HUD funding to give HUD an assessment of the landscape of affordable housing opportunities and what they are doing to make affordable housing available throughout the area.

Castro concluded by speaking about his next steps. He explained that he will finish his memoir, use his platform to speak out on important issues, and perhaps return to politics one day. “I am keeping the option open to go back into politics,” Castro said. “I will be using my voice on issues that come up that I think are important.”