Trump’s indefensible actions have propelled the university into the world of politics. 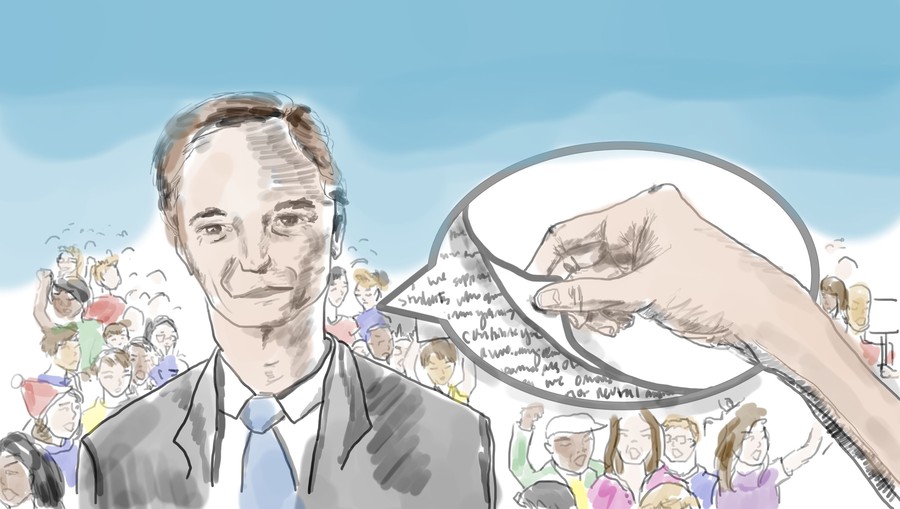 On January 30, University President Robert J. Zimmer and Provost Daniel Diermeier published a letter sent to the White House outlining their support for accepting immigrants into the U.S. Whether you agree with the sentiments of the letter or not, one fact remains clear: The University got political. Time after time the administration has used the 1967 Kalven Report as an excuse to remain neutral, stating that the “university must sustain an extraordinary environment of freedom of inquiry and maintain its independence from political fashions, passions, and pressures.” On countless campus controversies, ranging from divestment to protests, the administration has steadfastly refused to take definitive stances because a 50-year-old report supposedly continues to restrict what the University can and cannot do.  However, with the recent letter to the White House, the tables have turned. At least in this instance, the spirit of the Kalven Report is dead, and the University is engaged in several “political fashions, passions, and pressures.”

Back when it looked like Hillary Clinton would become president and Barack Obama’s legacy would remain in place, it was easy for the University to remain neutral. It was so easy to stay neutral that the Class of 2020 received a letter about why it’s so admirable that the University remains neutral. Now, with a new president and new executive orders, the University’s tone is distinctly different. Faced with a morally indefensible statute, one worthy of institutional condemnation, the University has found it convenient to subtly reverse its longstanding policy of political neutrality.

So what does this letter mean for the near future? It means that the administration finally understands what a Trump administration entails and that it is no longer beneficial nor feasible to remain silent.  Not only do the Trump administration’s executive orders restrict the rights of select groups, but they also restrict the ability of the University to function at its full capacity, with a diverse community of students from all across the world.

With the Kalven Report rendered essentially null on the issue of Trump’s infamous executive order, it’s important to look at how the University will move forward in reaction to the Trump administration’s policies. In an America where the president can threaten the removal of federal funds over students exercising their constitutional right to protest, the current university administration needs to take a strong stance, and not tolerate a government whose goals are antithetical to the aims of higher education. While the University has no need to become a regular political commentator, it does have the obligation to stand up for the rights of students and faculty. While it seems unlikely that the administration will declare itself a “sanctuary campus” at this point, the administration can still move forward on other measures. In the spirit of being proactive, the University can publicly support the right to protest, support Title IX, and continue its efforts to protect both documented and undocumented immigrants.

Rather than normalizing the Trump administration, the University must continue to act for the students and faculty, protecting the values that make UChicago an inclusive and educationally supportive environment.