Good morning. Welcome to first week. It’s spring quarter, as evidenced by the really, really big puddles on the quad. 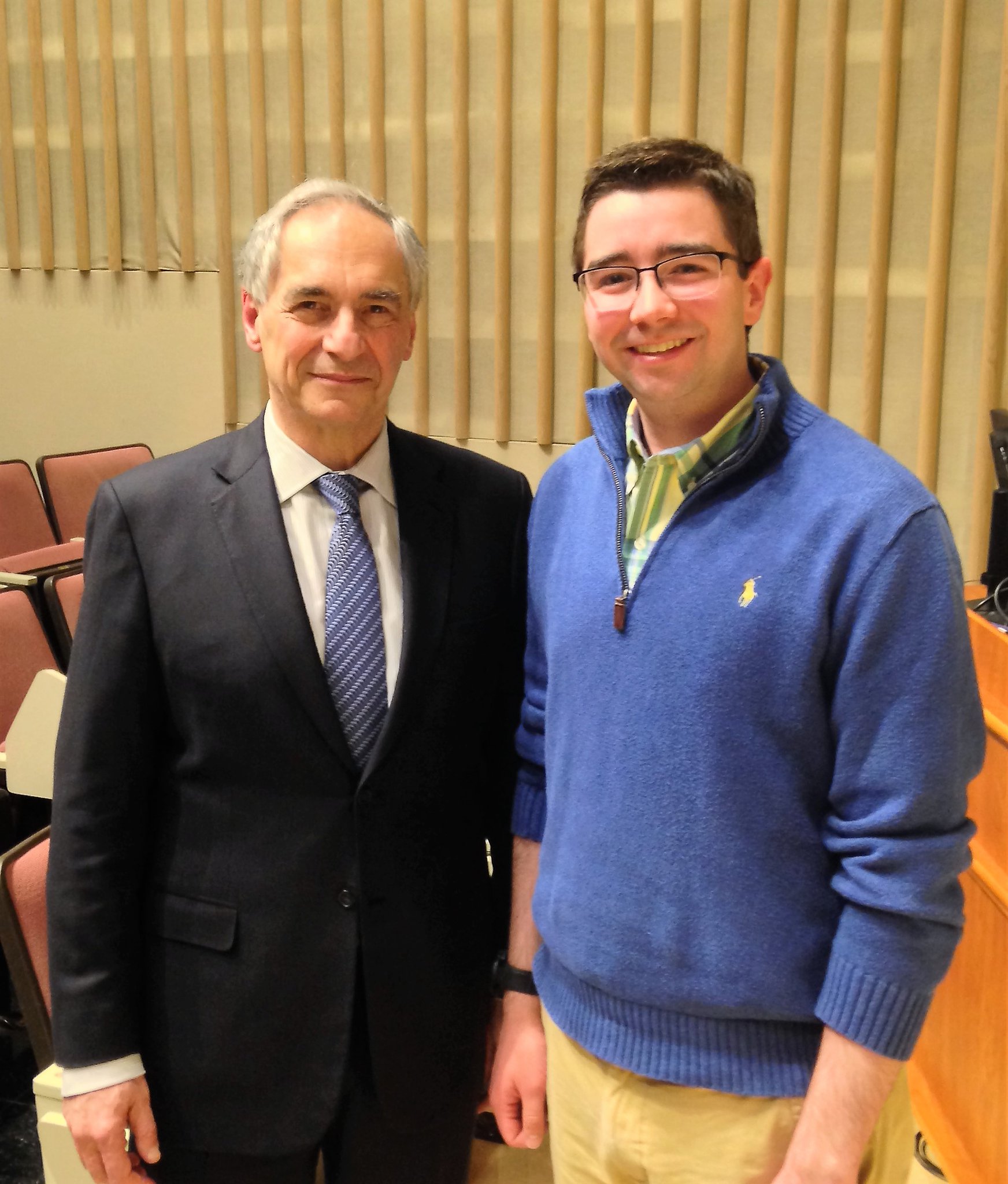 A student posted this picture on Twitter, and the whole thing was streamed.

** Related: The campus speech story to watch at the U of C is about discipline for disruptive protest. We have some exclusive updates at the end of this newsletter…read on.

Three new deans were appointed this week: the Division of the Humanities will now be headed by Anne Walters Robertson, the Harris School by Katherine Baicker, and the Divinity School by Laurie Zoloth.

At a community forum this week, a representative of the UCPD said that they looked to get hate crime charges pressed against the man who was arrested for putting up neo-Nazi posters on University buildings. The state’s attorney charged him with property damage.

There’s an active campaign for graduate teaching assistants to organize as a union. We talked to a bunch of grad students. Here’s what campus is thinking about grad unionization.

UCPD under review: An independent group will decide in mid-April whether to renew the UCPD’s accreditation for another four years, according to DNAInfo. The assessors will solicit input from the public at a forum on April 11, and community members can also submit comments by phone or in writing.

Filling commercial space in Vue53: Comcast will open a retail location next to the 53rd Street Target in the fall. “Typically, we find the employees come from the area around the store,” a spokesperson told DNAInfo.

We noted in the last newsletter that a College Council rep announced on Facebook that the University has agreed to provide free tampons in several campus buildings. According to the director of Health Promotion and Wellness, the admin is “still working through logistics and feasibility.”

The architects of the Obama library held a press conference Tuesday, but didn’t say much; the Tribune sassily wrote, “Architects reveal excitement over Obama library, but little else at first Chicago event.”

** Also this week: the name of a new nonprofit group that will work to secure community benefits from the library was released at a community forum: “Woodlawn, Washington Park and South Shore Community and Economic Development Organization.”

The University recently announced a new Ph.D. program in computational and applied mathematics.

The Law, Letters, and Society major is coming back.

Three cars of an Amtrak train from New York derailed near Union Station Monday. Harris student Janelle Highland, who was in one of the cars at the time of the accident, was interviewed by the Tribune. No injuries were reported.

Best way to troll the trolls? Ignore them, according to columnist Brian Dong. Engaging with people who only post provocative opinions for the lulz furthers their agenda. “Refusing to feed provocateurs does not mean that you’re passive; it is a strategic response that can be more effective in defeating them,” he writes.

“The standard fodder of campus liberalism is entirely rights-based,” writes columnist Natalie Denby. “[T]he right to universal health care, the right to free college, the right to a feeling of intellectual safety, the right to a $15 minimum wage...” As Denby continues, liberals may not realize that calling a certain policy a “right” delegitimizes the democratic process and insinuates that these ideas are not up for debate or compromise.

The Chicago Sinfonietta celebrates the work of LGBTQ+ artists in a program featuring pieces by Leonard Bernstein and Rachmaninoff.

In this week’s double feature Manual of Style, skin is in. Katherine Shen discusses the appeal of menswear and the paradoxical appeal of streetwear while Ellen Harris takes inspiration for her style in her love of skincare.

Take advantage of the (short-lived) bliss of first week and check out the variety of events happening on campus this weekend.

Listen to the student a cappella group The Ransom Notes perform on their spring break trip at the Country Music Hall of Fame.

The Harvard, Yale, and Princeton admissions offices released their admit rates for this year’s classes yesterday. UChicago has told The Maroon it will release its admissions numbers in the fall.

This is Chalk’s last quarter. Right now, professors have the option to use the new electronic system, Canvas, which will be mandatory come summer quarter.

There’s a passionate discussion going on in an e-mail group of Hyde Park neighbors about the best bagels in the area.

Coming soon to campus: prospective students. Remind them to subscribe!

——
Only in the newsletter: You may remember receiving an e-mail earlier this month from the Provost releasing a faculty report that proposes revisions to how the University uses discipline for behavior that disrupts speech.

On Tuesday, the report was presented and considered at a private meeting of the Council of the University Senate, a governing body of several dozen professors. A few updates from several conversations with members of the senate after that meeting:

By Pete Grieve and Sophie Downes