Underground Collective is More Than Just a Blur 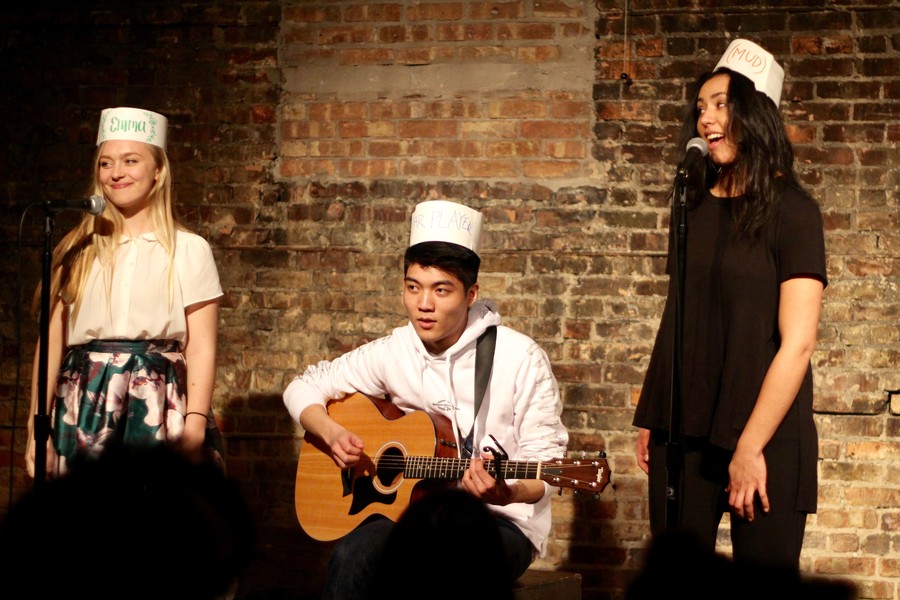 Before the Underground Collective took the stage with Blur last Friday night, the Revival on 55th Street was buzzing with a full house. “Buy drinks!” shouted one performer into the mic as others scuttled back and forth across the stage. Music came on and off. Finally the emcees took the stage, giggling, and presented the acts to come. With its sheer energy, the troupe emphasized the venue’s intimacy and space as a hub for thought and performance. A self-described safe-space performance collective, the members of the Underground Collective presented Blur, a showcase of poetry, music, dance, rap, and theater.

Blur burned brightest with poetry, particularly in the first act. As a fellow audience member said during intermission, “It’s one thing to read poetry and another to perform it,” and boy, did they deliver on the latter. Third-year Emma Preston’s unflinching “Barefoot,” which recounted the surges and stings of communicating with her father for the first time, was particularly strong. Another notable voice was first-year Felix Lecocq, performing “I Hate It When I’m Performing Poetry and My Voice Squeaks” with a strength and charm that had the audience yelling in their seats. These were moments when the audience was entirely in the palm of the performer, and one word from the stage could swathe us in silence or rouse us into applause.

Not all moments were like this, of course, but the rest was no less charming. During one act, in which Preston and fourth-year Natalie Richardson sang a comedic song about eating mud, Richardson turned to Preston with delighted surprise to remark, “they’re laughing!” This moment spoke to the lighthearted undercurrent of the show; it was as if the troupe were putting on an impromptu performance for a pack of close friends. This was particularly remarkable, considering the often heavy and painful nature of the Collective’s stories.

Another instance of this intimacy was when Richardson, Preston and third-year Maddie Anderson performed “That One Time in My Dorm Room” and spilled out confessions that rarely get a platform, like having an IUD pulled out during sex, explaining clitoral anatomy to presumptuous boys, or hiding small attractions from your friends—“Eric! I know you’re on a date, but you have a really nice butt!” This outpouring of common but unspoken experiences garnered the greatest audience reaction of the night, leaving us bent over and breathless from laughing.

The audience was equally rowdy when Richardson brought third-year Ben Glover (also known as Chief Wicked) onstage for an unanticipated performance. Not to mention how the audience (myself included) swooned over first-year Jeremy Lindenfield every time he sang. From the clumsy music transitions to the endearing and improvised announcements, the troupe was above all honest and open, and that is why the audience loved them.

Blur largely dealt with firsts—a first time in a city, first date, first time having sex, and all of these firsts seemed to be soaked in a desperate longing, a longing to share that city with someone, to not be alone, to have more time or more support. But something about the clear camaraderie among the troupe members, or perhaps the love the audience was so willing to give, made it clear that this longing was paired with defiance. There was something building up between audience and performer that seemed to pronounce that sharing these experiences is a worthy cause, that doing this helps everyone in the room. As third-year Bryan Waterhouse said in his poem “Theme Park,” “I can’t really fuck up much, so why not try?”