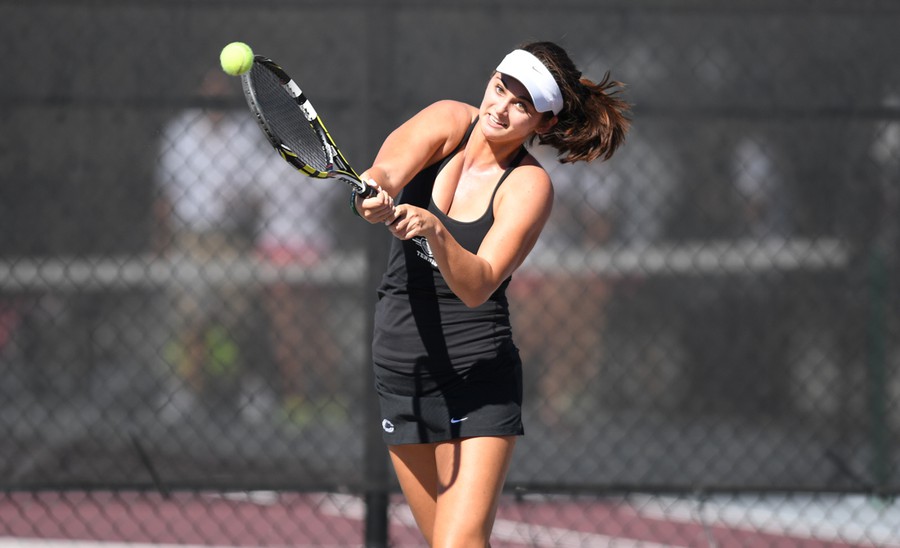 Last weekend was a resounding success for the UChicago women's tennis team. On April 7 and 8, the Maroons participated in the Midwest Invitational, which took place in Madison, WI. While there, the No. 8 South Siders went up against No. 19 Case Western, Augustana, and No. 10 Wash U.

The Maroons got off to a strong start on the first day of the invitational with decisive 8–1 victories against both Case and Augustana. The match against Wash U the next day turned out to be a closer contest, with the Bears beginning the match with a 2–1 lead. However, the Maroons emerged victorious in the end with a 5–4 victory.

“I think the team performed well this past weekend, especially since we had to adapt to different conditions as we switched between indoors and outdoors. We also managed to win the tournament even though we were far from our top form, as several of our players were fighting injuries,” said first-year Marjorie Antohi, who contributed to the Maroons’ success with wins in singles against all three opponents.

First-year Laura Gutierrez, who was victorious in doubles and singles against Augustana and in doubles against Wash U, looked back on the weekend positively as well.

“Given how competitive the tournament was, I think what really helped us win this weekend was the fight in all the girls,” Gutierrez said. “At several positions, the girls found a way to come back from slow starts and win in three tough sets.”

After a triumphant weekend that brings their overall season record up to 12–3, the Maroons will look to build upon their successes in their matches this upcoming weekend. The Maroons will travel to St. Louis to face off against UW–Whitewater on Friday and Wash U on Saturday.

Given the team’s history, especially in light of their performances this past weekend, the matchup against both of these teams should result in solid wins. While UW–Whitewater boasts a 17–5 overall record, they currently sit at a No. 22 ranking, a full 14 places behind the Maroons.

The more exciting match of the weekend will likely be against conference rival Wash U. After the close match this past weekend, the Maroons will look to achieve their second win against the Bears this season.

The team seems to be confident going into these next two matches.

“I think we should be able to learn from the matches we played [last weekend] and come back even stronger and more dominant next weekend,” Antohi said.

“The level of fitness and positive energy we showed on court at the Midwest Invitational makes me feel really good about our preparation going into next weekend,” Gutierrez said. “Beating Wash U is always a plus!”