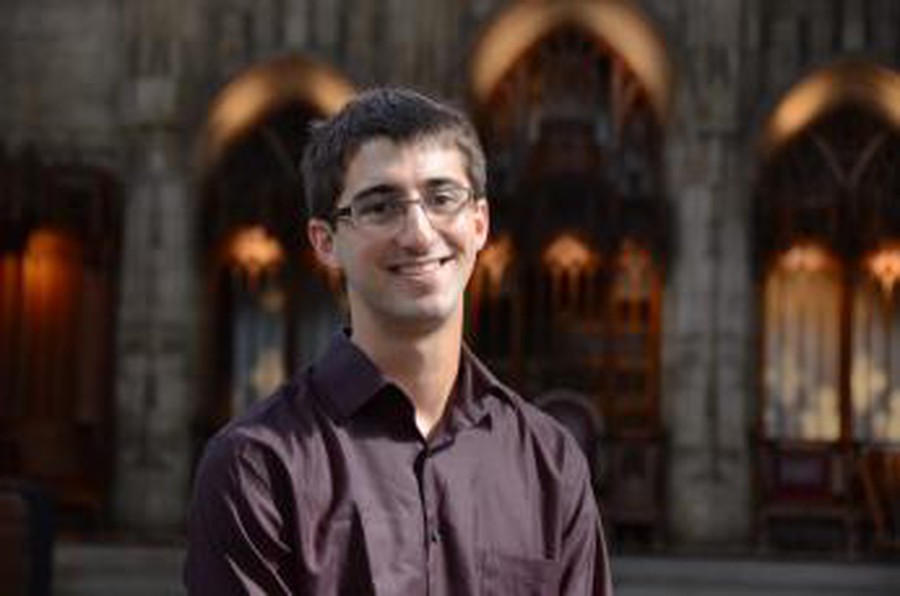 The UChicago Guild of Student Carillonneurs took a tour of the midwest recently, visiting St. Louis, Centralia, and Springfield two weeks ago for their second annual road trip.

The Guild, which consists of students who play the carillon in the bell tower of Rockefeller Chapel, serves to inform the populace about the Rockefeller bells and give lessons to those who are interested in playing. By providing the chance to try out different bell towers, meet fellow student players and several professional carillonneurs, the trip held more than just touristic merit for the Guild members.

Both of the road trips were planned by Joey Brink, the current University Carillonneur and Guild teacher. Brink said he wanted to encourage Guild bonding while providing a learning experience to its members. According to the current Guild president Josh Kaufman, a third-year in the College, these aspects of the trip made for a fulfilling weekend.

The players seldom have time to listen to the bells from the ground. Often, towers are equipped with amplification systems so that performers can hear all of the bells. This results in an unbalanced, augmented sound present only within the tower. So, to hear the carillon from outside the tower was gratifying for Kaufman.

“The best place to go is to be on the ground, in line of sight to the tower and you’ll be able to hear the instrument as it’s intended to be heard,” he said.

Kaufman also added that it was an additional benefit to play other carillons. As the second largest carillon in the world, the U of C tower bells require more force than typical towers in other cities.

“[St. Louis, Centralia and Springfield carillons are] so much lighter that it’s very easy to just play with the same force that we would here and play too loud,” Kaufman said. “In some ways, adjusting to a new instrument can be challenging, but it’s a great experience to not only have a chance to play some other instruments but also meet [their] carillonneurs.”

While in Springfield, the Guild took a masterclass and had a concert with Carlo van Ulft, Springfield’s professional carillonneur. Kaufman described Ulft’s masterclass as “refreshing,” since the lessons were taken within a different context and from a new instructor.

The Guild also met with Roy Kroezen in Centralia and John Klinger in St. Louis, who are both professional carillonneurs in their respective cities. The Guild did not take masterclasses with either Kroezen or Klinger, but toured their towers and had performances with them instead.

Overall, Kaufman enjoyed the weekend. “When I came to this university back in September of 2014, I had no idea that I would even be playing on a carillon,” he said. “And to be here, two and a half years later and to say that I’ve had the opportunity to play on seven of them…[it] has been a fantastic experience.”

Shu Zhang, a second-year in the College who helped organize this year’s trip with Brink, agreed with Kaufman. According to Zhang, the trip was just as important for her socially as it was in helping her playing skills. As a new carillonneur, Zhang said that she greatly appreciated the masterclass they took with Ulft as well as the tour of the different towers.

“It’s rare to have the opportunity to learn how to play an instrument as unique as the carillon, [to] actually go out in an organized fashion with a group of people who have similar interests and explore different carillons together,” she said.

The guild currently has 15 members. This is just over double the number of members they had last year – and they intend to grow to around 20 members by the end of next year, being the maximum Brink could feasibly teach while maintaining a close-knit feel amongst the members.

The Guild offers lessons for newcomers at the beginning of fall quarter to anyone who wants to learn more about playing the carillon.