Taking the Next Step...or Else 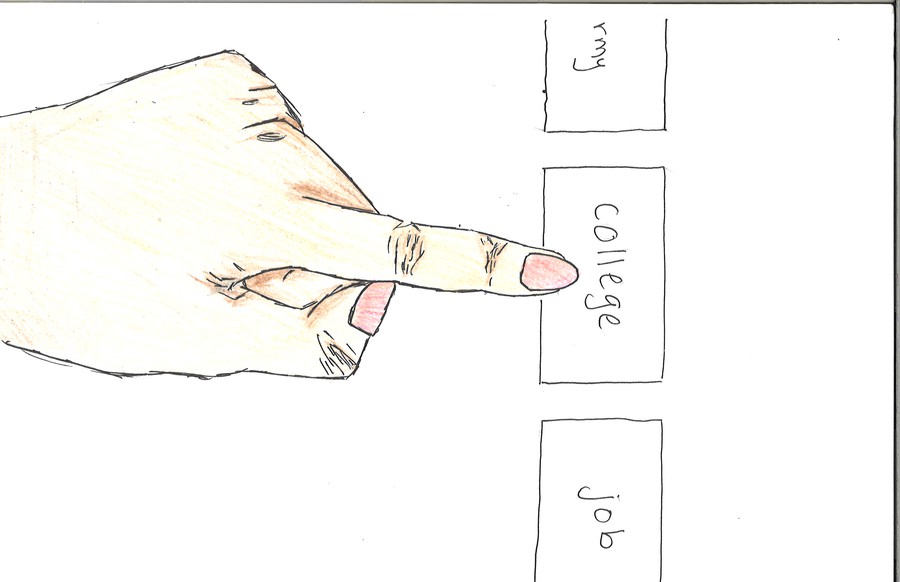 On April 5, Chicago Mayor Rahm Emanuel announced a new plan to bring Chicago Public Schools (CPS) “to the 21st century,” requiring all high schoolers as of the class of 2020 to have a post-graduation plan. Without proof of a post-high school plan (whether it be college, trade school, the army, or a job), students will be barred from graduating. This new graduation plan, which is unprecedented within the education system, is yet another policy put forward by his administration that will intensify the rift between wealthy and poor families in Chicago. The intention, it would appear, is to make Chicago’s students motivated to pursue a life beyond high school and to proactively plan in advance of their senior year. But if anything, it’s a punitive measure, forcing students to know exactly what they’re doing, possibly well in advance of when they are ready for that path or ready to determine that path.

What is most apparent when looking at this bill is how ignorant it is when it comes to the realities of many high school students and families who do not have these kinds of plans set in place. This measure will disproportionately affect marginalized students in poor neighborhoods who are already struggling to make it to graduation in schools with almost no funding or support systems. Instead of punishing students for not finding a post-graduation plan, the city should instead incentivize students to consider possible college or career options by hiring and training more guidance counselors. Many students in underfunded schools don’t even know the possible post-graduation options, which could make them easy targets for extremely predatory for-profit schools who are looking to make easy money.

I do not think it’s a stretch to say that many children would love to go to college or have a job directly out of high school. The problem for many is that these things can be out of reach or circumstantially out of their control. Yes, Chicago City Colleges are open admission, meaning that everyone who applies is guaranteed admission. But that fact alone just shows how utterly pointless this new measure is. Everyone in CPS could get an acceptance letter to a city college, but that doesn’t mean everyone wants to actually go or could actually afford it. While community colleges are free for those who maintain at least a 3.0 GPA, a 3.0 isn’t attainable for a lot of students in schools with less support systems and lower funding. The new rule will likely change nothing and force students to fill out an application to a city college that they have no intention of attending. Coercion is never the best policy; you have to inspire students to want to have a post-graduation plan, not just make it an expectation. Once again, Emanuel and his administration have shown that they are unable to look beyond their office and their upbringings to empathize or imagine the lives of people other than those in their circle.

It is this lack of compassionate policy making that has plagued the Emanuel administration. He has shown that the interests of constituents who were voiceless in previous administrations remain voiceless within his. This education initiative is only another step in his administration’s path toward incredibly low public approval rates. Those who were fine before Emanuel remain fine, and those in need of assistance have been made worse. While this is not a story arc you want to hear as mayor, it is unfortunately one that he continues to perpetuate with these policies.