Maroons Speed Up in the Sunshine 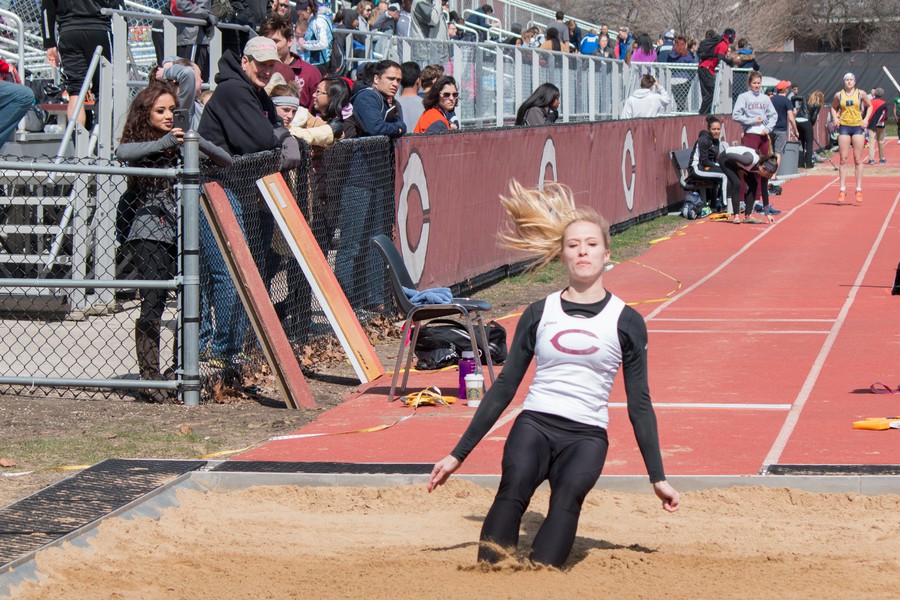 The UChicago track team hit the ground running in the first meet of the outdoor season and their first competition since the NCAA Indoor Championships at the beginning of last month. On Saturday April 1, both the men’s and women’s squads participated in the Ted Haydon Invitational, which was hosted here at UChicago. During the meet, they each went up against 14 different teams.

“The meet was a great season opener for both the men’s and women’s teams,” third-year Khia Kurtenbach said. “The weather ended up being really beautiful, which lead to some great performances. The team did an excellent job bringing our energy from indoor season to the outdoor track,” she continued.

First-year Mary Martin was in agreement with her teammate.

“I thought the meet this weekend was a really good outdoor opener,” she said. “The weather was a lot nicer than expected and this was reflected in our performances. We had some great wins on both the women’s and the men’s sides.”

The weekend was indeed one of overall great performances. The men’s team finished in a solid second place with 180 points. The Maroons were just over 80 points ahead of the third-place finisher Loyola, who finished with 99.5 points. Benedictine finished first with a score of 216.8 points

At the individual level, the men managed to garner four wins. In the track events, fourth-year Nick Nielsen and first-year Ralph Patejunas took first place in the 3,000-meter and 5,000-meter races, respectively. In the field events, first-year Alexander Scott finished first in the discus, while fourth-year Joey Gary achieved a victory in the javelin.

While the men’s side did indeed have several stellar individual performances and a strong team showing, the women’s squad had an even more impressive meet. The women finished first with 265.5 points. The second-place team, Loyola, finished with a score of 107, putting them over 100 points behind the Maroons. Benedictine finished third with a score of 58.

The women’s squad also managed to achieve 11 individual wins. Kurtenbach contributed to this list with a first-place finish in the 1,500-meter, while Martin came out on top in a total of three events, including the 100-meter, long jump, and 4x100-meter relay. The relay also consisted of fourth-year Eleanor Kang, fourth-year Charissa Newkirk, and first-year Alisha Harris.

Other top finishers included third-year Megan Verner-Crist in the 800-meter and second-year Alexandra Thompson in the high jump. Both would also achieve a win as part of the South Siders’ 4x400-meter relay, which also included fourth-year Michelle Dobbs and first-year Shelby Smith.