UCPD to be Reviewed for Reaccreditation 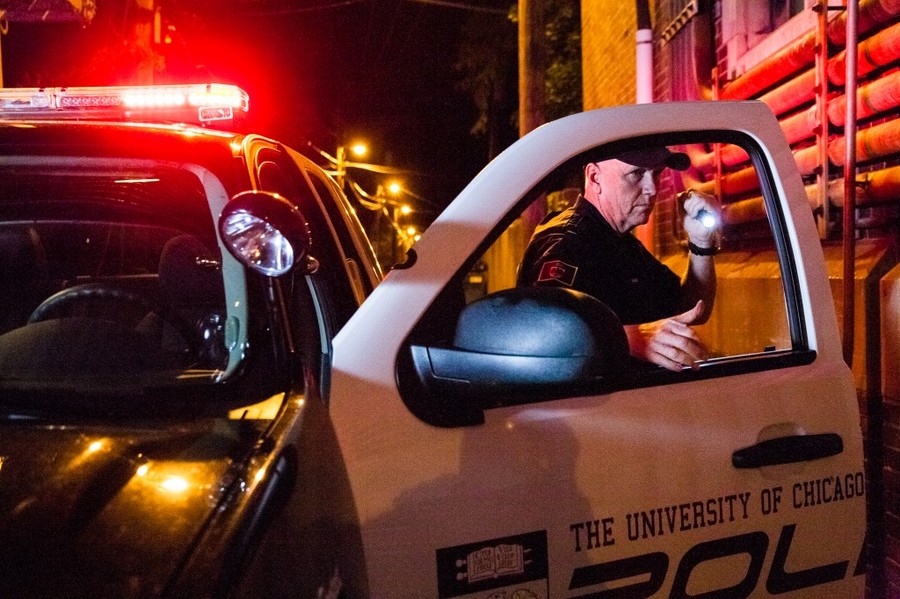 The University of Chicago Police Department (UCPD) is up to have its accreditation reviewed, and is seeking input from the community about its performance.

The UCPD is a private, full-service police force with over a hundred members that serves the University campus and surrounding property. UCPD also patrols a large area around the University, between 34th and 67th Streets, in cooperation with the Chicago Police Department. Like many police forces, public and private, UCPD is accredited by the Commission on Accreditation for Law Enforcement Agencies (CALEA).

If a law enforcement agency meets CALEA standards, it is awarded accreditation, which can improve its reputation and status.

CALEA is an independent nonprofit organization made up of a mix of professionals from within law enforcement and other fields. In a statement to The Maroon, CALEA described its primary purpose as “to voluntarily improve the delivery of public safety services through the adoption of a set of contemporary best practices (a.k.a. standards) and demonstrating the agency’s compliance with those standards.”

UCPD was first accredited by CALEA in June 2014 and is now up for review by a team of CALEA assessors. According to CALEA’s statement, “All collected information is provided to the Commission for its consideration while determining whether or not the agency has demonstrated compliance with CALEA Standards.” The decision whether to award accreditation a second time will occur sometime late 2018.

As part of the review, the assessment team will take public input. In its statement, CALEA said, “The public information portion of the assessment is critical to the accreditation process as it provides an opportunity for both positive and negative feedback from the recipients of the agencies services.”

When UCPD was first being accredited, there were student protests and accusations of racial profiling, and some students oppose accreditation this time around as well. In a statement to The Maroon, Students Working Against Prisons said, “We are also troubled that CALEA's standards are not available on its website and that the public input process has been poorly publicized. This lack of transparency and apparent disdain for public input render the accreditation process meaningless.”

For its part, UCPD said, “UCPD aspires to provide the highest quality services. The CALEA on-site assessment includes eliciting and receiving feedback on the agency’s ability to meet the 484 standards of CALEA Advanced Law Enforcement Accreditation. The UCPD embraces all parts of the on-site assessment process and encourages the University community and the public to provide any and all relevant feedback to the CALEA assessors in person, by phone, or in writing.”

Between 2 and 4 p.m. next Tuesday, April 11, members of the University and surrounding communities can call a hotline at (773) 834–8111 to offer comments they have about UCPD. For those who want to offer their comments to the assessors in person, there will be a public forum on April 11 at the University’s Department of Human Resources, at 6054 South Drexel Avenue, Room 144, at 7 p.m.