The toll of FIJI’s party; heated forum on proposed disciplinary system; and a sushi bowl restaurant

The Scav items list has been released, which explains the students doing human curling with inner tubes on a slip ‘n slide on the Quad yesterday…

FIJI’s controversial “Get ‘Hammered’” party, hosted on May 5, has garnered campus-wide criticism. A multicultural group reached out to the fraternity prior to the event and raised concerns with FIJI hosting a construction-themed party on Cinco de Mayo. The Facebook event was changed, but brothers nonetheless wore construction gear to the party. “These brothers were fulfilling their own undisturbed vision of the event,” the fraternity president said in a statement, dismissing accusations that the construction theme had anything to do with stereotypes about Mexican-Americans.

Who’s not having it?

**More: Two complaints have been filed against FIJI for the party. Both allege violations of a policy that mandates accessible water coolers at fraternity parties.

Contentious discussion on discipline for disruption: Students and faculty debated provisions of a proposed new disciplinary system for disruptive conduct that the faculty senate will vote on in a couple of weeks.

Posters target pro-Palestine students: Last night, another round of posters targeting divestment activists was put up around campus according to J Street UChicago. In October, the University removed posters put up by the David Horowitz Freedom Center that attempted to link divestment activists with “Hamas terrorists.” The Freedom Center has also claimed responsibility for the most recent posters.

Free speech movement: 22 students from 14 colleges and universities attended a free speech conference at the U of C at the end of last month. The event, which has since been picked up by Breitbart and other media outlets, was organized by third-year and College Republicans President Matthew Foldi. The group is collecting signatures endorsing a “Statement of Principles,” which criticizes attempts to restrict free speech on campuses.

New design for Rubinstein forum: The University has tweaked the design of a planned eight story building that will provide spaces for meetings and events at 60th and Woodlawn. 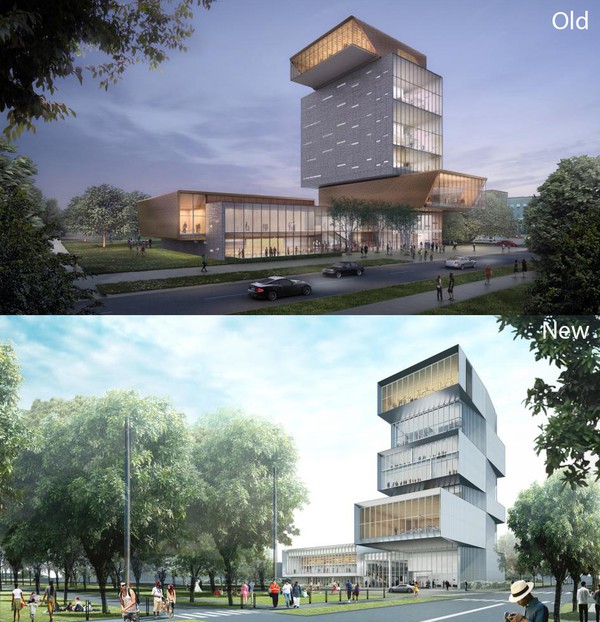 Two Obama Library updates: The Obama Foundation announced that Glenn Brown will lead the Center’s ambitious digital efforts. The Foundation has released a study estimating that the Center could generate $2.1 billion over the next decade for the South Side and create thousands of new jobs.

The UChicago Political Union has apologized for titling a debate “Was the British Empire a Force for Good?” after backlash that claimed it was expressing support for colonialism. The event is now titled “Should Britain Pay Reparations for Imperialism?”

Congressman John Lewis gave a talk on the Civil Rights Movement to hundreds of Chicago Public School students in Rockefeller Chapel on Wednesday.

Laura Marling’s show at the Metro was intimate and raw, underscored by her distinctive ethereal voice.

George Freyermuth and Laura Ruth Turner discuss the economics of shoes and body-positivity in Manual of Style.

In Viewpoints’ first-ever collaboration with Mural Magazine, contributor Jasmin Pizano writes that FIJI’s apology letter for their construction-themed Cinco de Mayo party did not address the concerned of marginalized students. “[This is] yet another example of the oversimplified approach to problem-solving racial and cultural tensions on campus, which is in large part supported by the University’s distant relationship to Greek Life.”

Contributor Henry Saroyan asks: Are memes really the best way to address FIJI’s racial insensitivity? “Will ‘meme culture’ require us to recognize our own prejudices and insensitivities and those of our beloved university? Will it force us to recognize how instances of racism and bigotry have generally been longstanding staples of Greek life not just at the University of Chicago but across the country?”

In light of the Fulton Brown controversy, students sign a petition calling on the Divinity School to initiate climate surveys and create a more inclusive environment.

Binge-worthy or cringe-worthy? Columnist Fred Kardos argues that Netflix originals like 13 Reasons Why exploit and distort serious and often tragic issues for their entertainment value.

The women's tennis team is headed to the NCAA tournament looking to take the first title in school history. They'll face either Coe College or Augustana College in their first match.

With quarterback Burke Moser set to graduate, The Maroon looks back at one of the most prolific careers in school history.

The Bulls face a pivotal choice about the direction of the franchise this offseason.