The Possibilities of Privilege 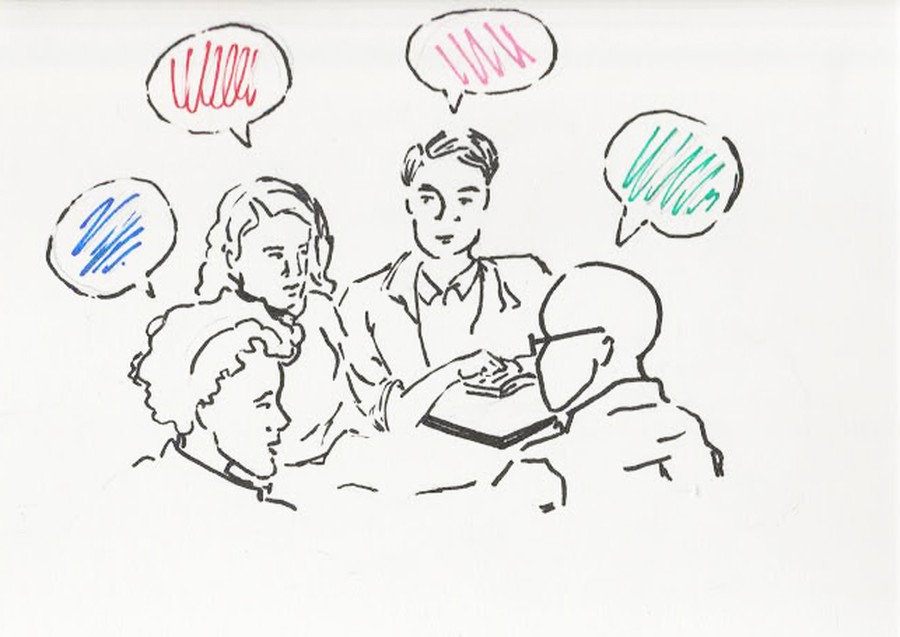 While it’s important to acknowledge from the outset that it is nearly impossible for people with privilege to understand the experiences of someone without privilege, we should nevertheless still engage in political debates with those of varying levels of privilege. For example, though most American-born white people will never be able to fully conceptualize my family’s pain of not being able to see relatives because of stringent visa policies, I cannot use their lack of understanding to justify shutting them out of conversations about immigration or other similarly relevant discussions. Privileged people might never be able to fully understand the struggles of more marginalized communities, but they will likely still be sympathetic to those who struggle—and that’s a good starting point for meaningful debates.

Time and again, I see people dismissing the arguments of others on the sole basis that their privilege doesn’t allow them to see an issue from other perspectives. Statements resembling “your opinion on this issue shouldn’t be taken into account because you’re white, male, heterosexual, privileged, etc.” are not actual arguments. No matter how cathartic it is for someone to dismiss an argument on the basis of privilege alone, it will do nothing to change anyone’s mind: it will only alienate potential allies from seeing the true merits of other arguments. Debating a person with privilege should instead involve attempts to foster dialogue through logical arguments based on experience. If the ultimate goal of people engaging in potentially polarizing debates is to change the opinion of those with privilege, then privilege cannot be used as a reason to not debate them. However, for this to be possible, people with privilege must first be willing to listen to the concerns of marginalized groups; both those with and without privilege have potentially substantive contributions to most political debates.

We saw this phenomenon in action when Paul Ryan, admittedly one of my least favorite politicians in the country, decided to listen to the grievances of his constituents. After hearing people’s experiences, and “spending more time listening,” in his own words, Ryan decided that he had been unfairly generalizing those in lower socioeconomic classes. Such a personal revelation ultimately led Ryan to push for criminal justice reform, which unfairly targets racial minorities and poorer Americans, only to have any hopes dashed by his fellow Republicans, who valued political points over the worries of their constituents. This change in Paul Ryan’s personal mindset, though limited, was achieved because people interacted with Ryan as a person. They shared their deeply rooted grievances instead of attacking him on the basis of his privilege. However, Paul Ryan’s inability to mobilize his party to affect meaningful policy changes is perhaps emblematic of the barriers privilege still creates. As white, wealthy members of the political elite, Ryan’s colleagues likely felt distant from those most affected by tough-on-crime policies and thus had no personal stake in the matter, ultimately culminating in a political standstill. Regardless, a Republican Party leader even listening to the concerns of the most vulnerable and altering his personal position shows that meaningful dialogue between disparate groups is possible and can be productive.

This isn’t at all to say that privilege doesn’t exist and affect the way people look at issues—it does. People are often blinded by their own privilege, and any subsequent discussions can feel rightfully frustrating for more marginalized groups. Nevertheless, this does not mean that we should refuse to engage with those who are better off. And more importantly, people should never be villainized for having privilege: such antagonistic remarks often cause the privileged to feel pushed away from the very causes that those without privilege are fighting for. Ultimately, it would be in everyone’s best interests to have more diverse, tolerant, and far-reaching debates with privileged individuals about relevant sociopolitical issues.

Ashton Hashemipour is a first-year in the College majoring in political science.