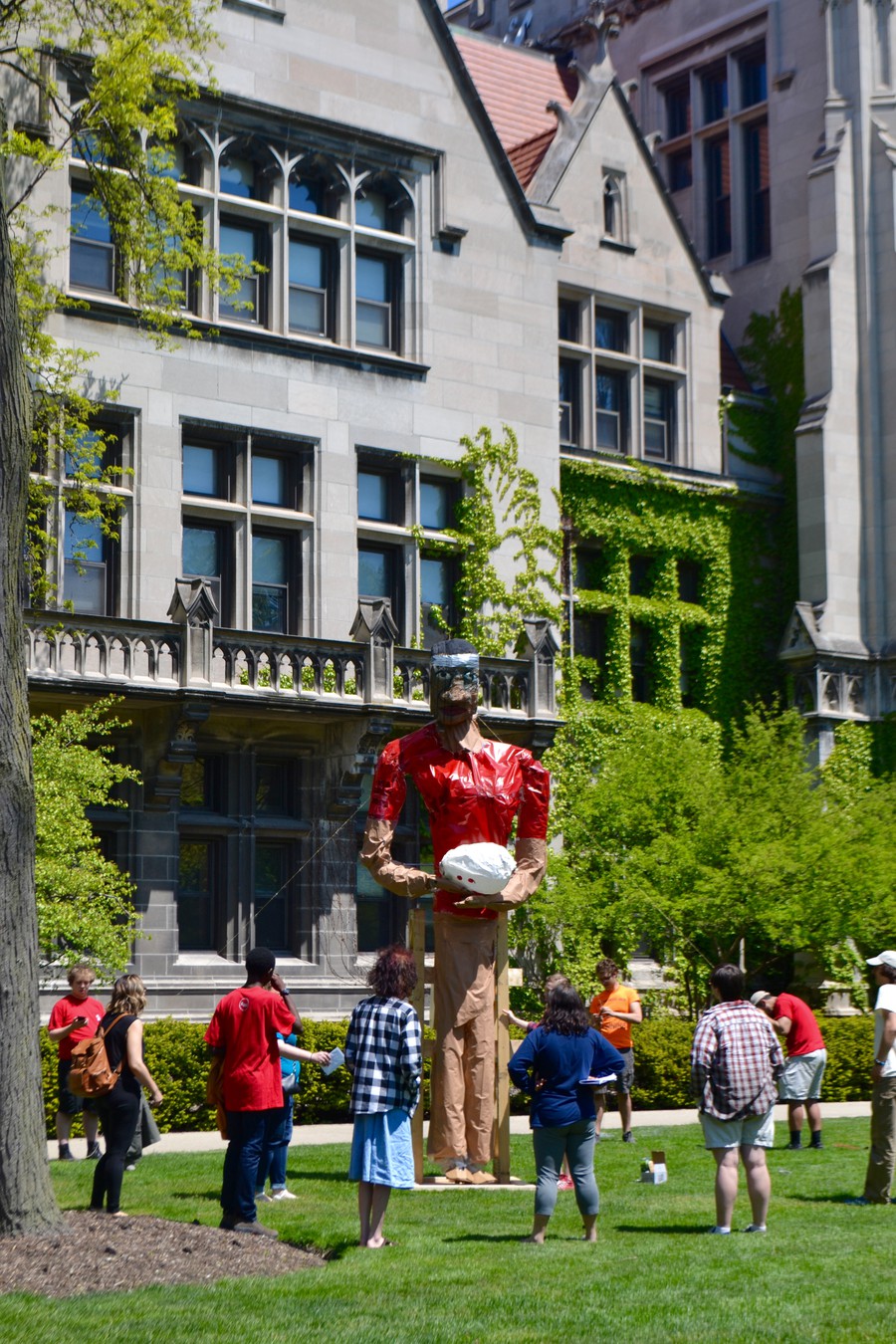 Students erect a tall construction of the “Muffler Man” on the Quad, one of hundreds of items on the 2017 Scav list.

Team Snell-Hitchcock, known this year as “Egg;”, has won the 2017 Scavenger Hunt. The Burton-Judson team, Gordon Ramsay and the Nine Circles of Hell’s Kitchen, came in second. Team STTR-BBoY, composed of every house in Campus North except Strongin and pronounced “Starboy,” as well as team Breckinridge, known only as “”, tied for third.

The University of Chicago Scavenger Hunt, or Scav, is an annual four-day-long event that always ends on Mother’s Day. Items on the list this year ranged from cracking a double-yolked egg in front of the judges to filming a reenactment of the iguana’s escape from snakes in Planet Earth II. This year’s hunt was the University’s 30th.

The judges announced the results at 7:30 p.m. on Sunday in Ida Noyes. Although most teams were running on very little sleep, that didn’t stop them from chanting before and while the results were announced. Snell-Hitchcock was especially enthusiastic, with chants like “Best cult ever!” and a reminder for the day: “Call your mom!”

Head judge and fourth-year Kate Mooney ended the event by thanking all the participants and, once again, reminding everyone to call their moms.