Women Back on Track After Weather Issues 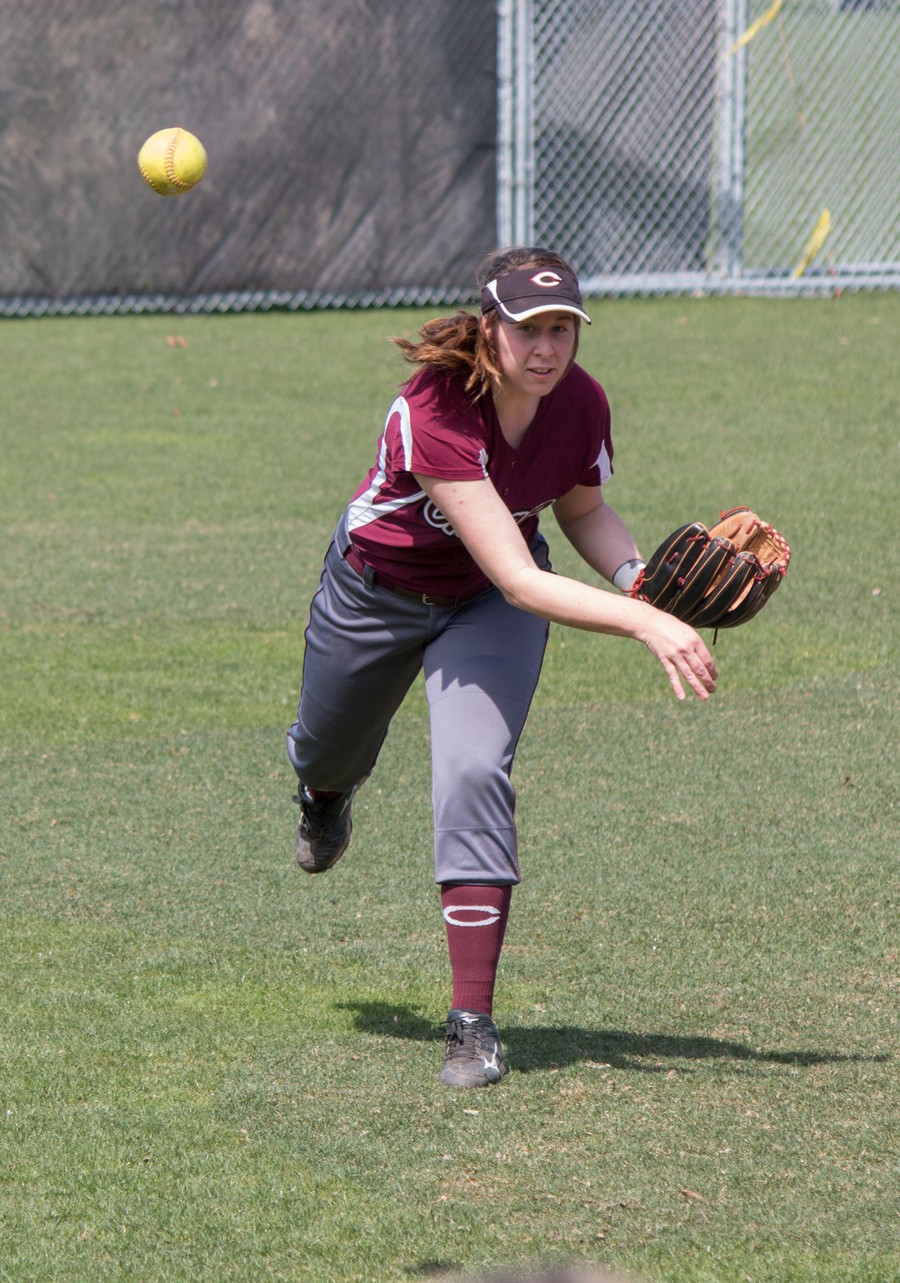 Second-year Maeve Garvey throws the ball from the outfield.

After Saturday, Sunday, and Monday’s games were postponed, the Maroons will be back in action on Wednesday and Thursday to take on Elmhurst (17–18) and Lawrence (14–20). The Maroons look to continue their six-game winning streak through the completion of the regular season.

Chicago (22–11) is coming off a 4–0 weekend against Case Western and is 7–1 against UAA teams this season. The softball and the baseball teams do not compete in the UAA, so they are looking to secure an at-large bid since they do not have the opportunity to claim the conference title. The Maroons are ranked fifth in the region behind four UW schools: Whitewater, Oshkosh, La Crosse, and Eau Claire. In order to feel more secure going into Monday’s selection show, the Maroons will need to add some more wins to their overall total.

The team will have a unique opportunity to play at the Ballpark at Rosemont where Chicago’s professional softball team, the Bandits, play. The Maroons will take on Elmhurst at the Ballpark on Wednesday for their last regular season away competition. This game will act as Elmhurst’s senior day as well as likely their last game of the year. Elmhurst did not make the CCIW tournament that will take place this coming weekend, and thus are not likely to be awarded an at-large bid.

While Elmhurst is not a powerhouse team, the Bluejays have some impressive wins to their name, including a win over UW–Stevens Point and splits with both North Central and Wheaton. They’re a team that can’t be taken lightly as they’re perennially tournament-ready.

Chicago will host the Lawrence Vikings the following day, Thursday, for senior day. Chicago will honor its two seniors, Anna Woolery and Maggie O’Hara. This will also serve as the Vikings’ likely last game of the season, as they will not play in the MWC tournament this upcoming weekend. While Lawrence also doesn’t have a record to boast, they have been playing quality ball all season and could pose a serious threat to the Maroons’ pitching staff.

The Vikings come into this weekend sporting 76 extra base hits to go along with a team .402 slugging percentage. The Maroons will need to keep their hitters off balance to keep them off the scoreboard.

“We’re on a roll right now and have found our rhythm. We’re playing really well as a team which is exciting as we make our final push for regionals,” second-year Colleen Bennett said. “These next four games represent an opportunity to put some distance between our wins and losses, which is incredibly important with the selection show coming up next week.”