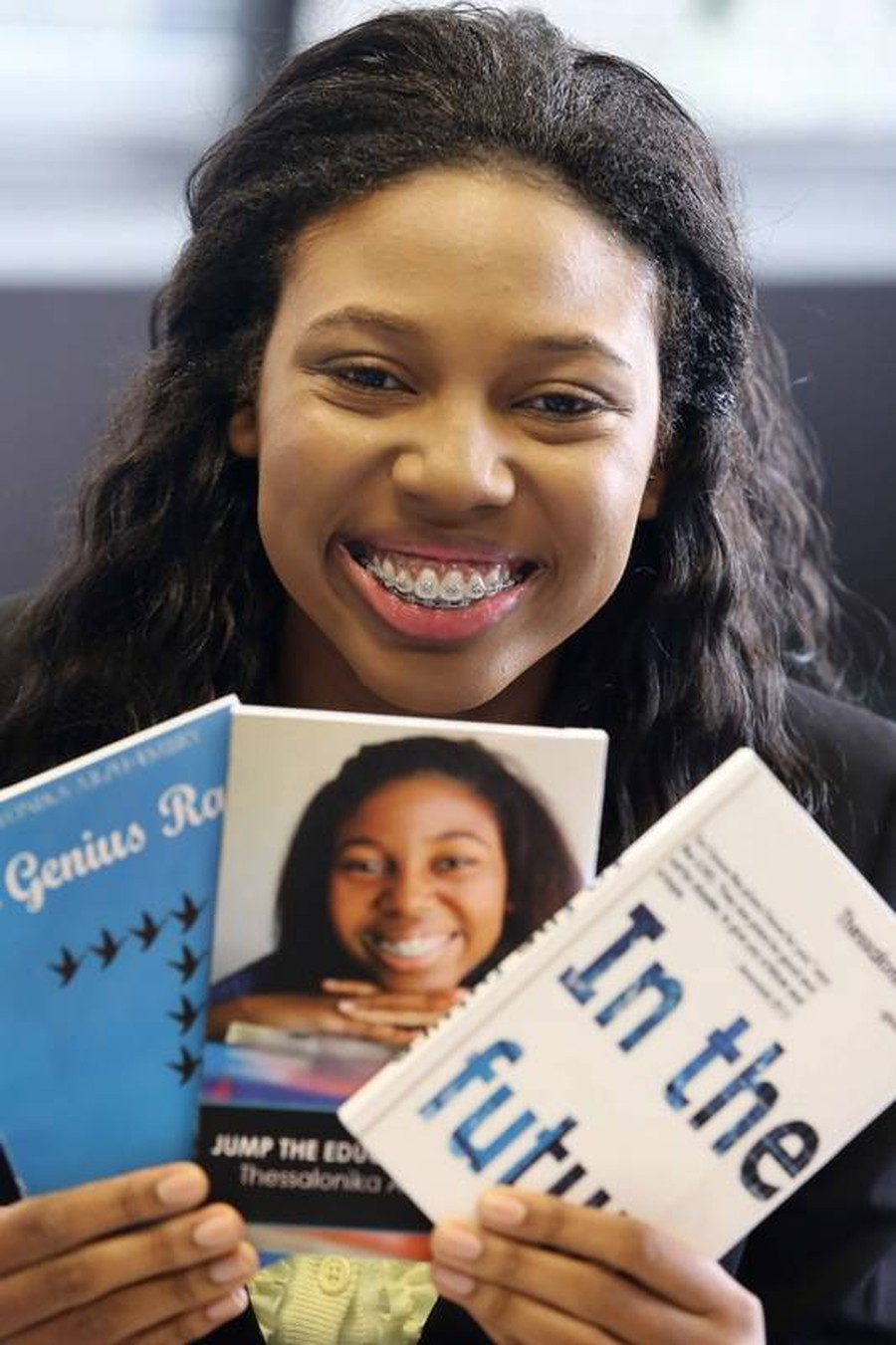 A 17-year-old living in Kenwood is on track to receive her Ph.D. this year. She sat down with The Maroon to discuss her accelerated educational path and her career.

Thessalonika Arzu-Embry graduated high school at 11 years old, then completed an online degree program in psychology from Thomas Edison State College at 14 years old. When she was 16, she earned an M.B.A. from Regent University. She is currently finishing her doctorate online at Capella University, which typically offers two-year programs. Her dissertation is about how dreams and everyday life influence each other.

Arzu-Embry explained that because of her upbringing in a military family, she was homeschooled and introduced to a special form of discipline at a young age.

“It’s a lot of discipline and a lot of travelling,” Arzu-Embry said of her childhood years on different naval bases. “When I was travelling around, I had really early schedules. It was like five in the morning to 10 at night.”

Arzu-Embry noted that she never doubted her decision to pursue a highly accelerated education, even when she was the youngest student in all of her classes. She explained that the age difference between her and her classmates is more obvious in graduate school than it was during her undergraduate studies but that her older peers have adjusted to it.

“I think it’s an inspiration to a lot of students who are sitting in class with me and learning whatever age they are, whether an older student, or a younger student, or an average freshman trying to fit in, that they’re inspired to keep going and learn new things,” Arzu-Embry said.

Despite her family’s frequent travel, her homeschooling, and her enrollment in university courses, Arzu-Embry explained that she still finds time to socialize with people her own age though her church youth group. Once a week, the youth ministry she attends hosts pizza parties for young members to fraternize and listen to music.

When asked what it means to be a genius, Arzu-Embry explained that anyone could be a genius regardless of academics. “A genius is someone who makes wise choices in their life, and they are not proud. If they are proud, they are not a genius. That’s what I think,” Arzu-Embry said.

Arzu-Embry has written five books in which she provides advice for people seeking to accelerate their education, learn financial investing, and understand global injustices through a biblical lens. Two more books are coming soon, Arzu-Embry said, but those will focus on navigating the real estate market and how aspiring authors can publish books in as little as a week while maximizing profits.

In addition to her roles as author and motivational speaker, Arzu-Embry is an app developer. Her current projects include an educational app for CPS schools about black history, a weather app for pilots to use while they’re flying, and an app for a church’s marriage class program through which couples can build stronger relationships.

Though she has no plans to pursue additional degrees, Arzu-Embry has other aspirations. She plans on buying her mother a house, spearheading a project to construct a high-rise building in Chicago, and pursuing a full-time career in business.