All student library employees are eligible to vote on whether or not to unionize. 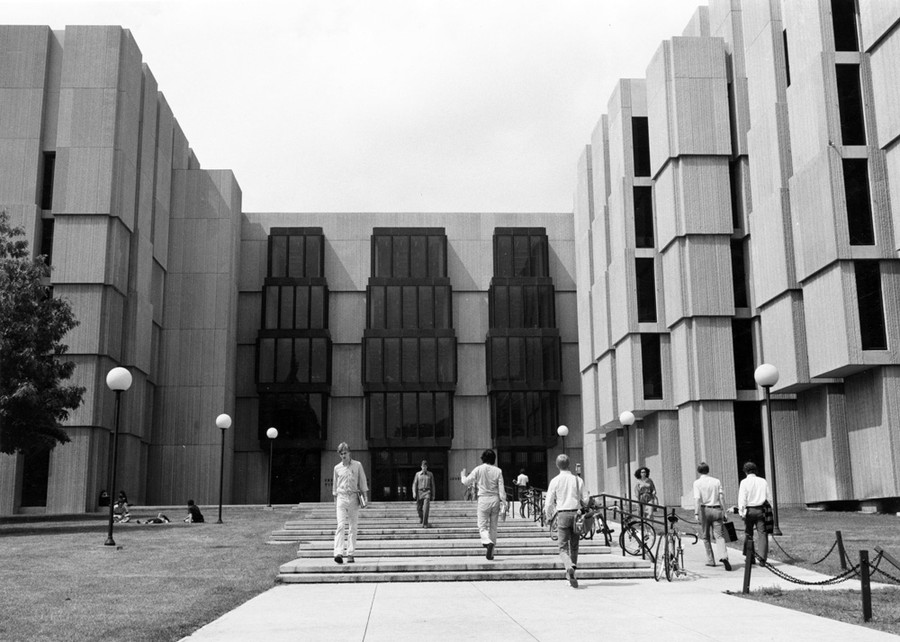 University representatives hosted a town hall meeting last Wednesday afternoon to address the concerns of student library employees. The meeting, held in Regenstein Library, followed a ruling that morning by the National Labor Relations Board (NLRB) allowing the Student Library Employees Union (SLEU), a group of students working in libraries across campus, to vote to become an official union.

All student library employees are eligible to vote in the election, which will take place June 2–8. Voting booths will be stationed throughout this period in Regenstein, D’Angelo Law, and Social Service Administration Libraries. If a majority of the students who vote are in favor of unionizing, SLEU will become an official union affiliated with Teamsters Local 743, a branch of the International Brotherhood of Teamsters.

The University advertised the meeting as an informational session on unionizing, with Jake Rubinstein, executive director of employee and labor relations, repeatedly encouraging students to vote regardless of their opinion. “It’s not my place to tell you how to think or how to vote,” he said.

Still, several students perceived bias during the presentation. “Instead of being a dialogue about unionization, as the administration claimed, it was an anti-unionization monologue,” third-year Michael Weinrib wrote in an e-mail to The Maroon.

Also present were three employees of Teamsters Local 743, which already represents around 70–80 full-time library employees. The Teamsters Local 743 representatives—business agent Jarvis Gutter, steward Andy Osburn, and organizer Denise Stiger—were on hand to talk individually with students but did not speak during the meeting.

During the panel, Rubinstein—who delivered most of the presentation—reviewed the stages of the bargaining process and discussed recent attempts at unionization at other American universities.

He noted that the upcoming election has few precedents. Undergraduate students were only declared eligible to unionize last month in a case involving George Washington University in Washington, D.C. The only existing union of hourly student workers in a private college, meanwhile, is a dining service union at Grinnell College in Iowa.

Also discussed was the overlap between Graduate Students United (GSU) and SLEU. Forty percent of the 226 student library employees are graduate students, making them potential members of both GSU and SLEU. The NLRB’s ruling last Wednesday included a statement that they will not make a decision on this “overlap group.” Rubinstein stated, however, that after the upcoming election, the University could possibly challenge the votes of these students.

The panel dealt extensively with the implications of unionizing for student workers. Due to NLRB regulations, Rubinstein said, decertifying and legally disbanding a union is much more difficult than forming one. He also elaborated on union dues, stating that students making less than $12 per hour will pay 2 percent of their earnings to the union, while students making over $12 will pay 2.5 percent.

However, according to one student present at the town hall, these details are not yet set in stone.

“The administrators present made confusing comments about scheduling and dues, which are both issues that would be resolved down the line in contract negotiations, as well as approved by members of the bargaining unit,” second-year Katie McPolin wrote in an e-mail to The Maroon.

Another question posed by unionization, according to Rubinstein, is the fate of the full-time clerical workers in the library who currently belong to Teamsters Local 743. Federal regulations stipulate that employees who supervise others are ineligible to unionize. As long as undergraduate students were not considered employees with the ability to bargain, this presented no conflicts for clerical employees who manage students. This could change, though, if SLEU forms an official union.

Rubinstein also stated that the University could challenge the fact that the election coincides with reading period and finals week, on the grounds that this may prevent students from voting. Several SLEU coordinators contested this assumption.

“We believe that having the election during finals week shouldn’t be an issue, because UChicago students usually spend time in the Reg during reading period and finals week anyways,” Weinrib wrote.

During the presentation, one student shouted, “That’s false!” in response to Rubinstein’s assertion that “Based on places I’ve worked, the University’s compliance with ADA regulations is outstanding.”

ADA compliance is a priority among SLEU organizers. “The University provides such poor support for disabled students that many candidates running for student government have better mental health resources as a part of their platform,” Weinrib said.

Another student openly asked if the University opposes unions, to which Rubinstein replied that the administration has a “productive relationship” with the 12 bargaining units—which include police, dining employees, and building engineers, for example—already at the University.

“It’s not the picture of an anti-union employer,” he said.

The NLRB plans to announce the results of the election by the end of the day on Thursday, June 8, according to the administrators at the meeting. In the meantime, Teamsters Local 743 will hold its own town hall meeting today at 6 p.m. in Harper 140.