Matthew Foldi is running for reelection and a third term, but he has a challenger this year—Josh Parks, who is a more vocal supporter of President Donald Trump. 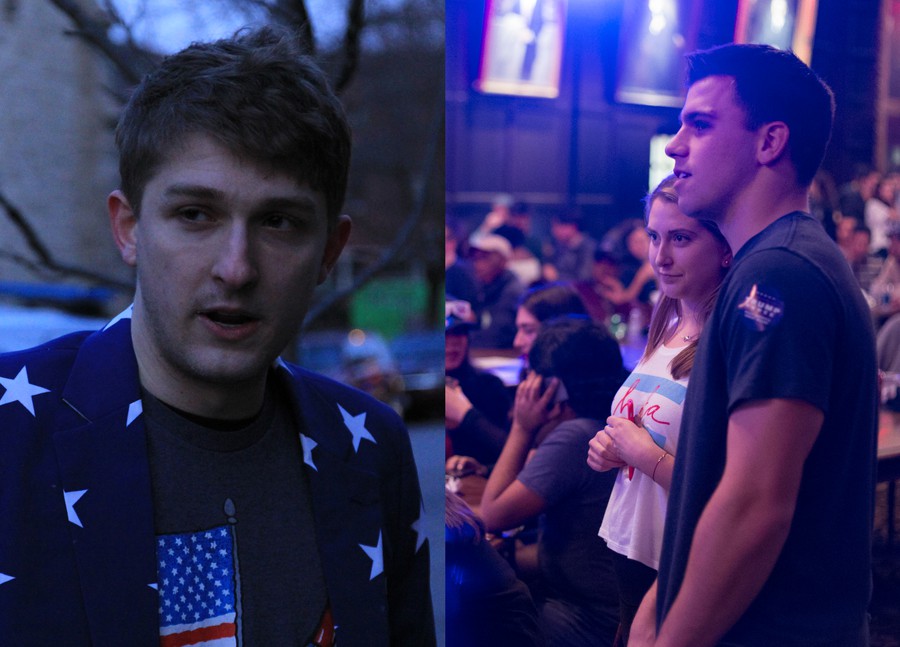 Update: As of May 5 at 1 p.m. CDT, Matthew Foldi has officially won the College Republicans election; he will serve his third and final term as president until next spring.

College Republicans (CR) is holding its executive board elections today.

Current president third-year Matthew Foldi is running for reelection and a third term, but he has a challenger this year—second-year Josh Parks, who is a more vocal supporter of President Donald Trump.

Foldi is a political science major from Bethesda, Maryland. He has been president since the spring of his first year. Regarding the board elections, Foldi said,  “My platform is in essence my record of leadership and commitment to the club, which is really my main priority on this campus.” He went on to explain the highlights of the last year, mentioning political engagement, various speakers, issues of importance, and group activities.

The reelection of Illinois Governor Bruce Rauner has been a large focus of CR, with members already involved in the 2018 campaign. In addition, Foldi explained that members have been in involved in state legislature campaigns in Illinois, Florida, Colorado, Wisconsin, Virginia, and Montana.

Parks, who worked on the Trump campaign in Illinois and Michigan, did not wish to speak about the CR election—he said he preferred to keep it within the club. In an interview with The Maroon after the presidential election, Parks celebrated Trump’s win, calling it a “referendum” against Washington corruption and “overbearing liberal culture.”

CR did not endorse a candidate for president in the primary or general elections under Foldi’s leadership. Instead the club focused on supporting Republicans in Senate, House, and gubernatorial races.

Issue-wise, Foldi drew attention to the controversial debate surrounding free speech on campus. “We are still unfortunately the only group on campus that has supported Dean Ellison and the letter that he sent to the Class of 2020. It’s very important for us and it’s been a core component of the work we’ve done this year—to hear from all voices and all perspectives so we can practice what we preach.” To that end, Foldi emphasized that CR has met with Bruce Reed, Joe Biden’s chief of staff and DeRay Mckesson of the Black Lives Matter movement.

“We also work to have a lot of Democrats and Independents at our meetings. Obviously, we are College Republicans but we have a very good contingent of people and members who offer differing perspectives,” Foldi said.

“We’ve gone to brunches, movies, CPAC—the Conservative Political Action Conference in D.C.—for at least the third year in a row,” Foldi said. “We just had a gun range trip yesterday that we do every year…. We just had Congressman Bob Dold at our meeting last week.”

Looking to a possible third term, Foldi said, “My main goals for next year are: really, really double down on recruitment, more social aspects, and just expanding involvement to beyond the E-Board level…. We added a Recruitment Chair position on E-Board. And also Social Chair because ever since I’ve been a president we’ve put a focus on social events because what’s great about this club is that people come here and they’re friends with the members.”

Reflecting on his time in the club, Foldi said, “It’s not really self-evident to people what they can do as Republicans in college…. Providing a helping hand so everyone knows what opportunities are out there in Chicago, Illinois, and beyond has just been something that gives me tremendous amounts of joy.”