A big day for unionization groups; translating Zimmer’s Spanish; and a history of the Garfield Green Line station

More and more events are being added to the beta version of our online calendar. Check it out, let us know what you think, and submit your group’s events so we can help you reach a larger audience.

One step closer: Graduate Students United, the organization on campus pushing for graduate student workers to be recognized as a union, filed a petition with the National Labor Relations Board today for an election to unionize. The vote is expected in late June. If the union is approved, more than 2,000 graduate students will be eligible to vote. 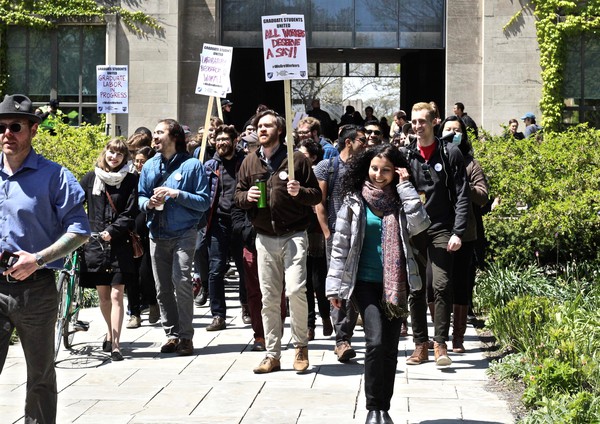 A much smaller group of undergraduate library employees separately filed a petition yesterday for an election to unionize. Pictured above is a joint demonstration on the quad after the filings were announced. 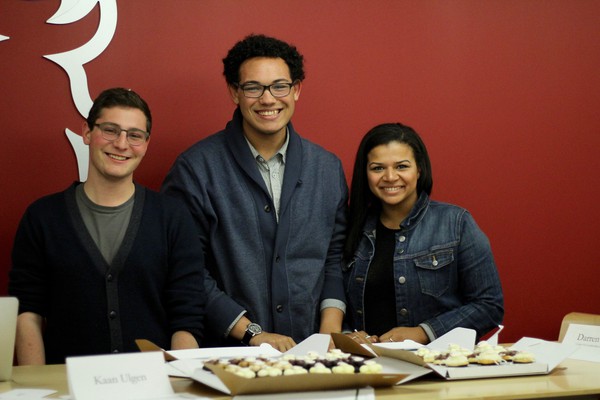 New life for Chicago’s oldest CTA stop: The Garfield Green Line station, built in 1892, is part of the University’s plan to bring more art spaces to Washington Park. Read in our feature about the historic building and what community advocates are hoping it might be used for instead.

Karl Rove speaks at IOP event: The former adviser to George W. Bush discussed the French election, the Trump White House, and Obamacare with David Axelrod on Monday. Rove pointed out that the GOP’s new health care bill says pre-existing conditions shouldn’t “limit access” to care, to which Axelrod responded, “Yeah, but Karl, I have access to a Maserati. It doesn’t mean I can afford to buy one. ... Saying that you have access to health care doesn’t mean you can afford it.”

State law cites U of C reports: The University’s 2015 Stone Report and its 1967 Kalven Report are cited in a law that recently passed the North Carolina House requiring state universities to have disciplinary measures in place for individuals who obstruct free speech.

In a letter to the editor, student employee Katie McPolin reveals plans for undergraduate library workers to unionize.

Taking issue with social media models who feel no guilt for the unrealistic beauty standards they perpetuate, contributor Magdalena Glotzer thoughtfully examines the diverse emotions she feels toward her own eating disorder.

Federal budget: Two University administrators sent an e-mail to “Faculty, Academic Appointees and Staff,” pointing out that the recent federal budget deal “includes increases or maintains current funding for a number of areas relevant to the University’s academic programs and the science programs of our affiliated laboratories.”

“The thing that motivates me the most when it comes to performance is when somebody says ‘That really touched me and I can’t explain how,’” fourth-year Christine Chin said in this week’s Portrait feature on student dancers.

Zimmer en español: A Chilean newspaper, La Tercera, published an interview with President Zimmer, conducted during a recent visit. We’ve translated some of it below.

The Sun-Times editorial board says that Obama should listen to community organizers pushing for a community benefits agreement for his presidential library, but the editorial doesn’t go so far as to endorse a written agreement.

** The piece states that the Obama’s “pals at the University of Chicago” have been key players in library-related decision making. However, in a recent interview, President Zimmer said the University has been hands-off.

Daley’s Restaurant, a diner at 63rd and Cottage Grove, is now the oldest restaurant in Chicago, according to DNAInfo.

Store closing: Parker’s Pet Spa & Boutique on 55th Street is closing permanently, according to the Hyde Park Herald. “With the sale of two of the largest online pet marketplaces being sold to Petsmart and another to Amazon, we simply cannot compete and keep the lights on.”

The baseball team honored its seniors this weekend with a four-game sweep of IIT.

UChicago's League of Legends team fell short in their pursuit for gold at the spring championships.