How a Law School Professor is Helping SCOTUS Rethink Gerrymandering 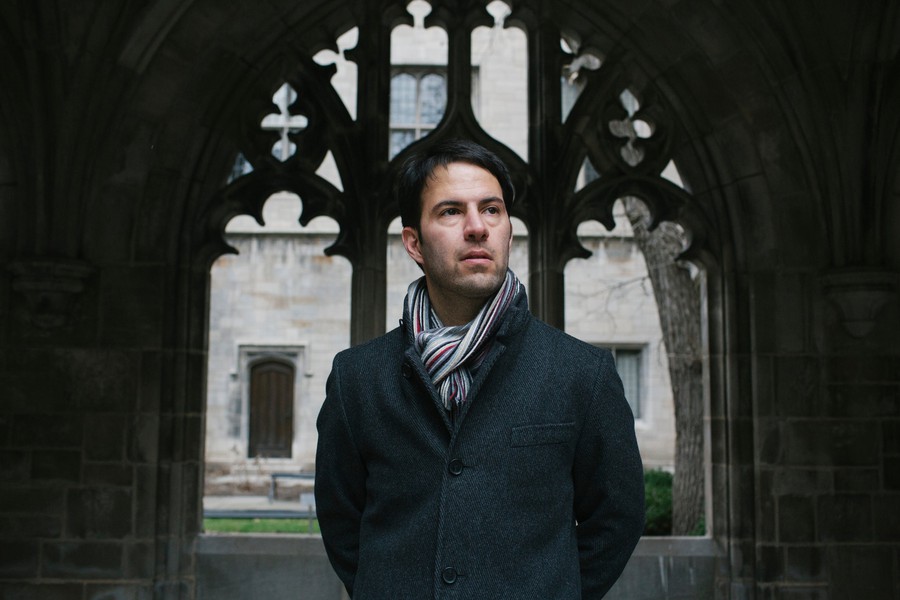 Courtesy of The New York Times

A University of Chicago professor’s research and litigation helped convince the Supreme Court to announce on Monday that it will take up a potentially landmark electoral redistricting case that could dramatically transform American politics.

Law School assistant professor Nicholas Stephanopoulos developed a redistricting model that has led justices to reconsider whether it is impossible to measure partisan gerrymandering. Stephanopoulos has been working with the plaintiff in Gill v. Whitford to argue that the Court does have the ability to measure and declare partisan gerrymandering constitutionally limited.

While the Supreme Court has ruled that racial gerrymandering is prohibited under the 1965 Voting Rights Act, the widespread and bipartisan practice of drawing electoral districts to weaken the power of unfriendly voters, known as partisan gerrymandering, has resisted legal challenges.

In the 2004 case Vieth v. Jubelirer, the Court, in a plurality decision by its conservative wing, held that challenges to partisan gerrymandering were a political question beyond the competency of the courts as it was impossible to create a standard or legal test that could be used to assess the extent of politically motivated redistricting.

While concurring with the ruling in Vieth, Reagan-appointee Justice Anthony Kennedy refused to rule out the possibility that a legal standard for partisan gerrymandering could be created in the future. Kennedy’s apparent openness to considering limiting partisan redistricting if a discernible standard for adjudicating politically motivated gerrymandering was proposed sparked renewed interest in creating such a standard in academia.

Stephanopoulos and Public Policy Institute of California research fellow Eric McGhee suggested a solution in a widely circulated 2014 paper. Their metric—which played an important role in the litigation now appearing before the Supreme Court—known as the efficiency gap, is a measure of how equitably a party’s share of the vote translates into legislative seats, known as partisan symmetry.

The efficiency gap metric is calculated by taking the difference in the number of wasted votes of each party and dividing by the the total number of votes cast. The authors considered “wasted” votes to be either those that were cast for a losing candidate or for a winning candidate in excess of what was required for victory. If this was true of more than 7 percent of voters, they argued that it would constitute as excessive partisan gerrymandering.

For example, suppose a district is composed of 10 voters, where seven voted for a candidate from party A and three voted for party B’s equivalent. Party B, as the losing party, has three “wasted” votes. Since only five votes (50 percent) were required to draw the race, any votes in excess of this threshold is considered as “wasted.” Thus, party A has two “wasted” votes. Ultimately, the “wasted” votes of party A and B in all districts in a state are used to then calculate the efficiency gap metric.

The efficiency gap metric quickly transitioned from theory to practice when Stephanopoulos became a litigator in Gill. He was part of a team that argued on behalf of the plaintiff in the U.S. District Court of the Western District of Wisconsin that a 2011 Wisconsin state assembly district map drawn by Republican legislators was unconstitutional under the 14th Amendment’s equal protection clause and the First Amendment’s freedom of association because, as shown by the efficiency gap metric, it discriminated against Democratic voters.

The special three-judge federal panel of the District Court ultimately sided in a 2–1 decision with the plaintiff, accepting Stephanopoulos and McGhee’s efficiency gap metric as a possible standard for measuring partisan gerrymandering. The state consequently appealed the decision to the Supreme Court.

With the decision to hear this appeal announced Monday, many observers are hopeful that the Court will be receptive to concretely limiting partisan gerrymandering using measures of partisan symmetry. Perhaps motivated by the fact that justices Stephen Breyer and Ruth Bader Ginsburg said that they were enthusiastic about measures of partisan symmetry as a whole in Vieth and that Sonia Sotomayor and Elena Kagan, the other justices of the Court’s liberal wing, are expected to share this enthusiasm, Stephanopoulos told The Maroon that his side will not exclusively rely on the efficiency gap metric.

“Even though we think the efficiency gap is the best of [partisan symmetry] metrics, we're advocating a set of them to the Court. There's no need to choose between them here since they all point in the same direction (namely, that the Wisconsin plan is an extreme outlier).”

But the conservative wing of the Court is unlikely to label partisan gerrymandering as unconstitutional and may even reject constitutional limits on the practice. Justices Kennedy and Samuel Alito as well as Chief Justice John Roberts stated in their partial dissent in Cooper v. Harris—where the Court ruled in a 5–3 decision earlier this year that the North Carolina legislature engaged in racial gerrymandering when redrawing congressional districts—that states have the right to engage in political gerrymandering.

Justices Clarence Thomas and Neil Gorsuch are expected to agree with their fellow conservatives. While Thomas joined the liberal wing of the Court in concurring with the ruling, he did so because Cooper v. Harris mainly addressed racial and not partisan gerrymandering, the latter which he believed was impossible to limit in Vieth v. Jubelirer. Gorsuch, who did not take part in deciding the case as he was not yet a justice when it was argued, could also be sympathetic to the idea that limiting partisan redistricting would violate states’ rights.

Kennedy appears to be the conservative justice that is most likely to side with the Court’s liberal wing. Kennedy stated in Vieth that partisan symmetry may not be a sufficient test to adjudicate politically motivated redistricting, but he seemed, according to Stephanopoulos and McGhee, open to being convinced.

Kennedy may therefore only require that Stephanopoulos’s efficiency gap standard, or some other measure of partisan symmetry, be compelling to side with the Court’s liberal wing in Gill, especially as the plaintiff’s attorneys already chose to argue that partisan redistricting violates the First Amendment’s freedom of association, which Kennedy believes is the strongest approach to examining the constitutionality of political gerrymandering.

While Stephanopoulos said he does not expect to argue the case, which will be done by appellate specialist Paul Smith, he does anticipate being heavily involved in drafting his side’s brief. If his efforts help convince the Court that partisan gerrymandering is constitutionally limited, he would play a role in reshaping the American political landscape for the foreseeable future, with Democrats likely to benefit electorally from an end to a mostly, at least recently, Republican practice.