Many of the cases Cole has litigated have involved disputes over the First Amendment and other sections of the Bill of Rights. 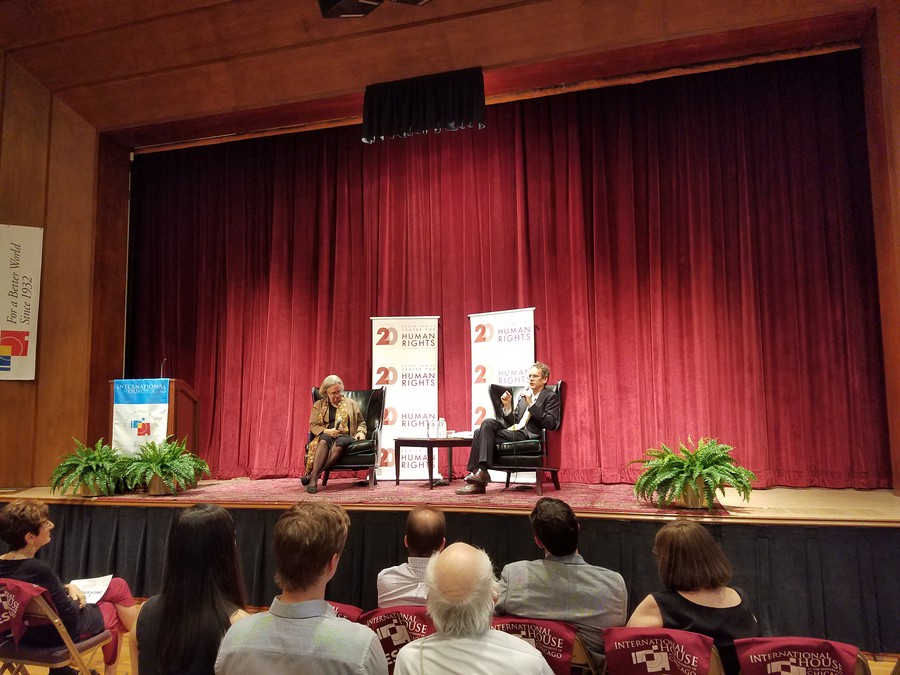 Current American Civil Liberties Union (ACLU) National Legal Director David Cole spoke with a group of students, faculty, and alumni about the importance of public engagement in the face of a government dismissive towards constitutional freedoms at an event in International House last Thursday.

Cole, a former law professor at Georgetown University, has argued several Bill of Rights cases in front of the Supreme Court. Cole became national legal director of the ACLU on January 9, but said he agreed to the job over the summer, before Donald Trump was elected president. Since Trump took office, the ACLU’s membership has increased from 425,000 members to around 1.6 million.

Before Trump became president, Cole said, the ACLU had been planning to push a more aggressive policy of civil progressivism, but switched from offense to defense after the election. However, he emphasized that “we are at this moment a bigger, stronger, more resourced organization than we were on November 8. We have more members, our members are younger, and we have more engaged members than ever before.”

Describing the ACLU’s history, Cole said that the organization naturally receives less support when Americans feel that they are able to take many of their basic rights for granted, but more when the luxury is no longer present. He noted that in the wake of the 9/11 terrorist attacks, then-president George Bush had more leverage to implement laws curtailing civil liberties than Trump does now, with support from all branches of government and approval ratings above 90 percent. By the time Bush left office, Cole said, Bush’s policies in the name of national security had been ruled against four times by the Supreme Court, and he had been forced to roll back many of the most invasive programs he had supported because of opposition from civil society organizations and cooperation among engaged citizens.

Many of the cases Cole has litigated have involved disputes over the First Amendment and other sections of the Bill of Rights, including a defense of the right to provide help aimed at peaceful conflict resolution to designated terrorist organizations. Gregory “Joey” Johnson, the defendant in another of Cole’s cases which established that flag burning is protected by the First Amendment, was in the audience.

In response to a question about Attorney General Jeff Sessions and his push for maximum sentencing for drug offenses, Cole argued that Sessions is more dangerous than President Trump, referencing an article he wrote in the New York Review of Books last month. On the other hand, Cole noted, Sessions only has jurisdiction over federal law enforcement, which makes up only around 10 percent of the American criminal justice system, the rest of which is often controlled by more progressive state attorneys general. Cole also brought up an ACLU initiative, with collaborators including George Soros and the Koch brothers, that aims to reduce mass incarceration.

Asked whether he thought Trump could potentially destroy America as it exists today, Cole said that he believes Trump could change America in one of several ways, but not destroy it. “I will bet that we will be a stronger country, and that the defense of liberty and equality and dignity and respect for the rights of human beings will be stronger in the wake of Donald Trump,” Cole said.