14 Free Movies in Chicago This August 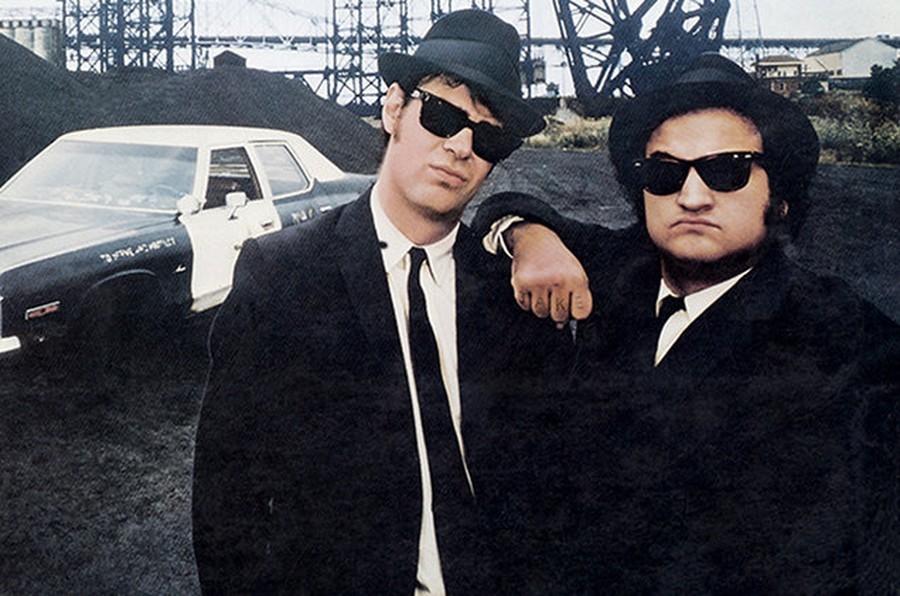 The second part in our series on free movie screenings around Chicago. Indulge in your childhood favorites or revisit pivotal moments in history while exploring the many (many) parks of the city.

8:15 p.m. Starring heavyweights Denzel Washington and Viola Davis and based on a Pulitzer-winning play by August Wilson, Fences is a powerful period drama about race, family, and the all-American pastime of baseball. Lindblom Park, 6054 S. Damen Ave.

8:15 p.m. The astonishing exploits of Neil Armstrong and Buzz Aldrin would not have been possible without the work of a group of black women at NASA. Hidden Figures, based on the nonfiction biography of the same name, gives credit to the work of Katherine Johnson, Dorothy Vaughan, and Mary Jackson in calculating flight trajectories for Project Mercury and other space missions. Douglas Park Cultural and Community Center, 1401 S. Sacramento Dr.

8:15 p.m. Before she was helping Nemo and his father reunite (and speaking whale), Dory was on a quest of her own to find her parents in the prequel film Finding Dory. Chippewa Park, 6748 N. Sacramento Ave.​

6:30 p.m. Celebrate the night's full moon with a double feature of movies featuring supernatural elements. The Ghost is a romantic film starring Demi Moore, Whoopi Goldberg and Patrck Swayze with ghosts, poltergeists and psychics. Following that is the cult classic horror film The Shining starring Jack Nicholson as the caretaker of a haunted hotel in the mountains. Millenium Park.

8:15 p.m. Based on the unfinished manuscript of James Baldwin, I Am Not Your Negro is an unsparing look at the history of racism in the United States through Baldwin's recollections of civil rights leaders Malcolm X, Martin Luther King Jr., and Medgar Evers. Narrated by Samuel L. Jackson, the film was nominated for Best Documentary Feature at the Academy Awards. Washington Park, behind the DuSable Museum.

8 p.m. If the Chicago winters never bothered you anyway, join Elsa, Anna, Olaf and Kirstoff in the snowy kingdom of Arendelle. Smash-hit Frozen flips the script on many Disney tropes as the royal sisters (voiced by Idina Menzel and Kristen Bell) struggle to mend their relationship. Hoyne Playground Park, 3417 S. Hamilton Ave.​

8 p.m. The stakes are raised as Harry & co. face off against dementors, werewolves, and Death Eaters in Harry Potter and the Prisoner of Azkaban, the third chapter of the blockbuster franchise. Walsh Playground Park, 1722 N. Ashland Ave.

8 p.m. Before he was Mr. President, he was just Barry, a law student working in Chicago as a summer associate, and she was Michelle, a Princeton grad from the South Side. In Southside With You, Barack Obama and his future wife (then his supervisor) go on their first date. Check out the plaque on 53rd St. and Dorchester Ave. commemorating their first kiss. DuSable Museum of African American History, 740 E. 56th Pl.

6 p.m. J.J. Abrams directs the first installment of the Star Wars sequel trilogy, Star Wars: The Force Awakens. Fans will love the familiar faces (Harrison Ford and Carrie Fisher make an appearance) and the star-studded next generation, including Lupita Nyong’o, Adam Driver and Daisy Ridley. If you so feel so moved by the Force, participate in the costume contest and model-building competition put on by the organizers. Oriole Park, 5430 N. Olcott Ave

8 p.m. Baseball is an integral part of summer, like dripping ice cream cones and legs sticking to plastic seats. The Sandlot is a sweet cult classic coming-of-age about baseball, friendship, and the magical quality of summer vacation. Eckhart Park, 1330 W. Chicago Ave