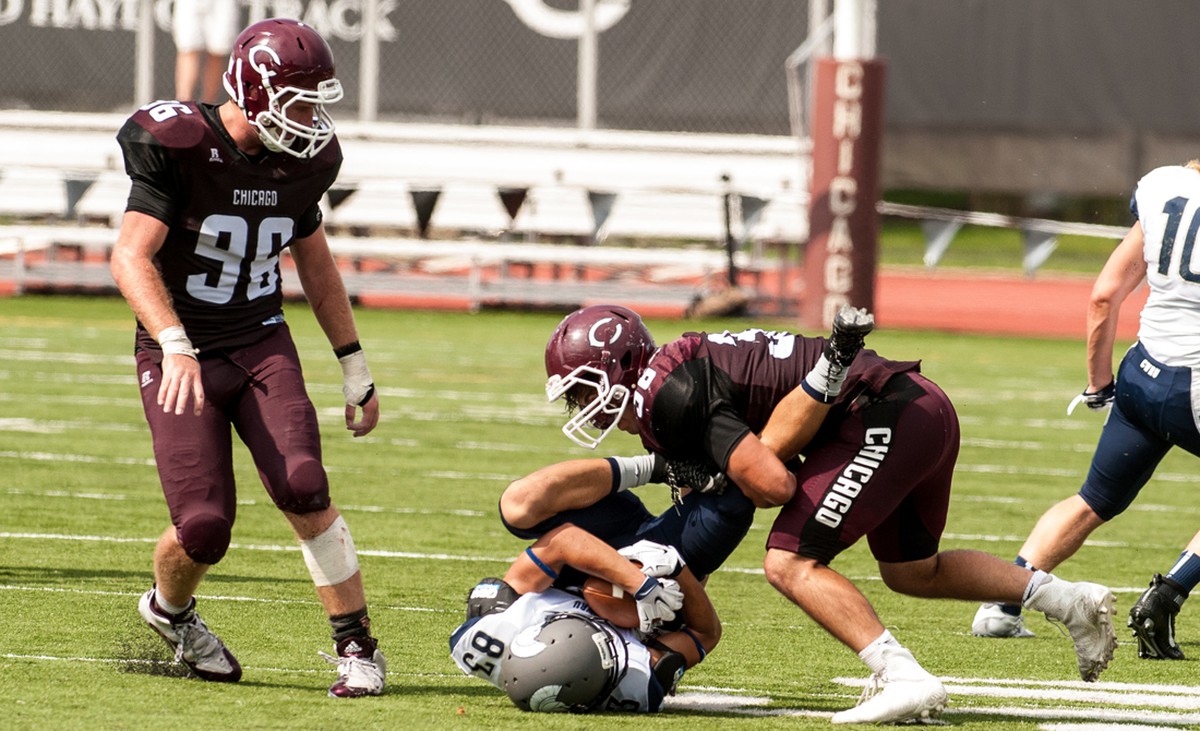 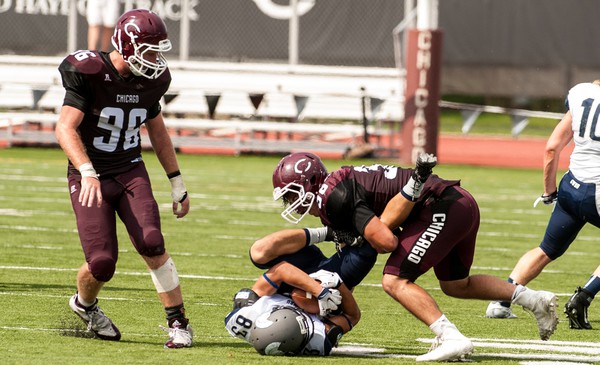 Ask various people on campus why they came to the University of Chicago and you could probably count the amount of times you hear “for the athletics” on your hands. Nevertheless, student-athletes are among the most dedicated people on campus, balancing their time in the gym or on the field with time in the Reg. The expectation that students are here to study and everything else comes second arguably makes varsity athletes even more special. We don’t have TV cameras panned on the star quarterback or the basketball team’s best scorer; we aren’t home to roaring stadiums of fans with painted faces. There are no official athletic scholarships and no bonus points assigned because a reading was missed due to a game or practice. Yet, joining a varsity sports team at UChicago demonstrates incredible dedication, both to one’s education, and to the sport itself.

Playing in the UAA, against schools like NYU and Brandeis, the Maroons are highly competitive. In this year’s Learfield Directors’ Cup ranking Chicago came in 15th out of 325 DIII teams.

Last year was a success for both male and female varsity teams. The women’s soccer team made the national semifinals and have started out this year 4–0. The men’s tennis team made the semifinals in both its singles and doubles brackets. The swim and dive team had a whopping 40 All-American selections en route to an 11th place finish at the NCAA Championships. Individual athletes performed highly as well. Burke Moser set a record for the most passing yards and touchdowns in a season, with 3,766 and 30, respectively. Alexander Scott and Alisha Harris each won UAA Rookie of the Year for their performances on the field.

The football team begins this season as part of a new conference, the Midwest Conference, with teams from Iowa and Wisconsin. The women’s soccer team ended last season in the NCAA semifinals with a crushing overtime loss to Messiah College, with a record of 18–4–1, tying the record for most wins in a season. As of now, they are 4–0 and looking to bring trophies back to the South Side.

Not to be outdone, the men’s tennis team has reached the NCAA semifinals in both the singles and doubles brackets, and the depth of the team looks to be a weapon for years to come. With an extra year under their belt, duo Erik Kerrigan and Ninan Kumar look to be the most feared doubles players in the game, while Nicolas Chua hopes to retire from his college career as a champion in singles.

On an even bigger scale, the swim team’s Naomy Grand’Pierre competed for the Haitian national team at the Rio Olympics last summer. Not only did she place second in her heat for the 50m freestyle, it was the first time a female swimmer had competed for Haiti. She hopes to swim in Tokyo in 2020, after graduation.

Varsity athletes have a lot to live up to, dating back to the college’s Big Ten years. The first Heisman Trophy winner, Jay Berwanger, studied in the same spaces our Maroons do now. Our athletes are still juggling it all today, managing their Soscreadings and P-sets while going for gold on the field. The question stands: Will you be out there cheering them on and showing your Maroon spirit?