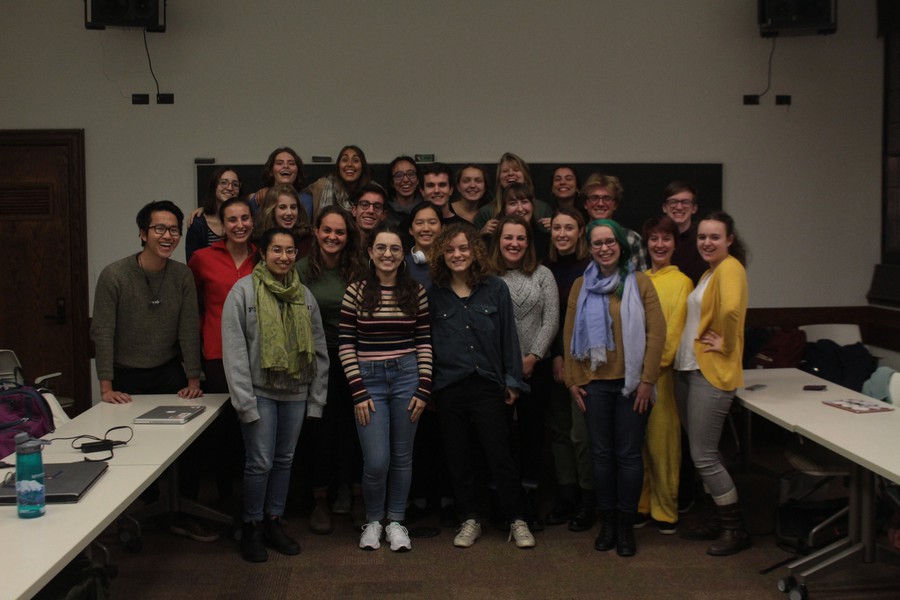 Last year, UChicago’s largest literary magazine turned 10. Sliced Bread, which aims to publish a “slice” of everything—poetry, short stories, photography, drawings and any other form of creative endeavor that you can think of—has grown exponentially from a small magazine in 2007 to a now-quarterly publication with its own podcasts and online serial illustrations.

“Sliced Bread is like family,” said fourth-year and co-editor-in-chief Sophia Chun. “Everyone is super passionate about their pieces, and it’s really a great creative environment.”

The editorial board at Sliced Bread works hard to maintain this tight-knit community. Two editors-in-chief take care of administrative work, send out e-mails, coordinate meeting times and make sure the magazine stays afloat. Editors are responsible for author outreach, layout, publicity, and the magazine’s podcast section. They help assemble every issue.

Unlike other literary magazines on campus, Sliced Bread also collaborates with authors through outreach editors. These editors communicate with students about their submissions and decide which pieces to accept, which to deny, and which to workshop. Authors being workshopped revise pieces collaboratively with editors, offering them an unusual opportunity to polish a piece rather than receiving a flat yes or no.

“As a first-year, it’s great being part of an RSO where there are also fourth-years,” said Imaan Yosuf, a first-year author outreach editor. “Our meetings are always a lot of fun and it’s a really nice space on campus.” Yosuf also mentioned, with glee, that there is always an explosion of bread puns at meetings and e-mails pertaining to Sliced Bread.

Yosuf also commented on how the school’s policy on free speech influences Sliced Bread. “I think the nature of the school makes us feel like there’s no limit,” he said. “Even if a piece is bold, it will be published. There’s a lot of freedom to articulate ourselves.”

When the editors were asked for more details on Sliced Bread’s culture, it became evident that Sliced Bread is part of what makes UChicago unique. Sliced Bread is the only literary magazine that exclusively prints the work of UChicago students, resulting in art that is diverse yet strangely familiar. To this end, Sliced Bread works to represent work from large parts of the UChicago community. In 2008, Sliced Bread produced a DVD with Fire Escape Films titled FIREBREAD, and collaborated last year with mental health RSO Active Minds to publish an edition on mental health issues. Sliced Bread has also expanded to include the Bread Beat, its very own podcast that includes spoken performances of selections from its print magazine.

“I’m a big fan,” co-editor-in-chief of the magazine and third-year in the college, Parker Chusid said. “To hear the words spoken out loud is very different from reading the print myself, and I love this addition to Sliced Bread Magazine.”

Despite these developments, both Chun and Chusid believe that the magazine’s central mission will always remain the same. Although many magazines are transitioning to being online-only publications, Sliced Bread will continue to distribute print copies.

“I think it’s the best way because it allows us to communicate with the campus,” Chun said. “I like holding a physical print in my hands, and I think the readers of Slice Bread do too.”

“Being at UChicago, you obviously appreciate that a lot of people around you are spectacular. But getting to review their poems, I’m sometimes just blown away by the artistic talent on this campus,” Chun said. “That’s the biggest thing for me about Sliced Bread—getting to witness the creative inventiveness...a side of the campus I wouldn’t normally witness.”

Sliced Bread will be hosting a launch party for its latest issue today.