The School of Life

Academic success often has more to do with your financial resources than your ability. 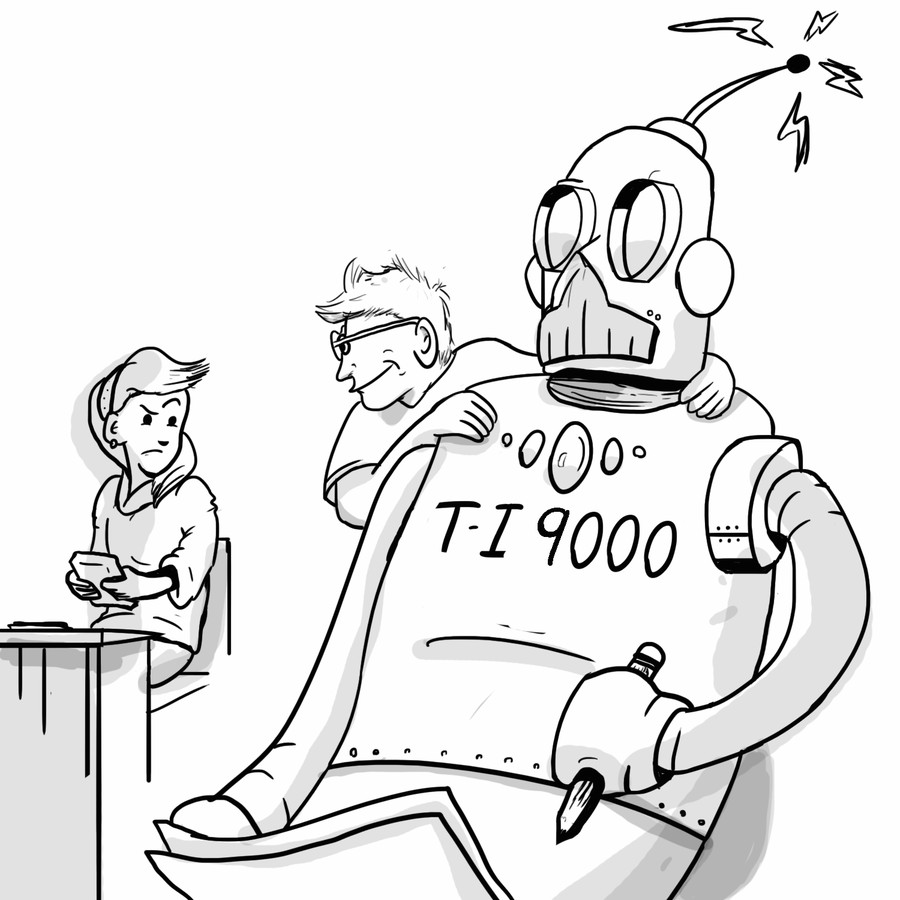 Hi. Let me introduce you to my new friend, TI-Nspire CAS. She’s brand new and roughly four by eight inches around the edges. She’s my notebook, my grapher, my bite-sized computer, and my user-friendly quadratic-equation-solving, imaginary-number-handling, integral-computing friend.

She’s not just any four-function calculator. In fact, she offers a plethora of mathematical tricks tucked behind her $150 sleeve. She can multiply matrices and perform complex algebra, graph ellipses and run linear regressions, complete the square, solve triple systems of equations, perform implicit differentiation, and everything in between. But there’s a catch. She’s pricey.

Ever since I walked into my Math 2 SAT subject test my junior year of high school, I became acutely aware of the way in which educational injustice is built into the K-12 and even higher education systems in the United States. Chronic underfunding, budget cuts, and the elimination of arts programs in many schools demonstrate this quite clearly. What I didn’t know, however, is the way that even my calculator, a seemingly innocuous, College Board–approved aid was helping to perpetuate this exact educational divide. Glancing around the room on exam day, this difference became apparent. Some students had fancy “smart” calculators, and some did not. Some didn’t even have calculators at all. And this test—which was supposed to demonstrate students’ mathematical abilities—was used in part to determine where students go to college, for goodness’ sake. This exam was meant to be an equalizer, to give students a fair opportunity to demonstrate their math skills, and instead, it was testing who had the funds to purchase an expensive tool.

This isn’t to say that one can’t be successful on exams like these without an advanced calculator. Rather, it’s to say that even the smallest factors—like whether or not one has a calculator that can solve complex algebra—can influence a student’s performance, even if only to a marginal extent. Problematically, this becomes a cycle. Being unable to afford a more advanced calculator affects one’s performance on an exam that is used as a major data point in admission to college, an institution that in itself can play a major role in the trajectory of one’s life. So, in fact, these seemingly innocuous machines are in many ways a culprit for the problem.

I say all of this not to make those with certain academic privileges (like increased access to technology) feel guilty. I don’t think it’s a student’s fault that the system condones these forms of hidden inequality. I do think, however, that it’s easy for these structural inequalities to go unnoticed. You might ask: Do we really need to be focusing on changing the calculator requirements on some SAT subject test when we’ve got bigger fish to fry? Absolutely. It’s these seemingly small differences that allow inequality to fester. Indeed, the fact that these differences are often so small only exacerbates the problem, as it makes discrimination both harder to identify and harder to correct.

So I ask you to take up this mantle: Don’t be afraid to point out educational disparities. It doesn’t matter if it’s a calculator in math class, access to an expensive database subscription, or something outside the realm of the classroom altogether. Use your calculator with the understanding that it’s a privilege. See small disparities as lenses into the broader forms of educational injustice at work in the status quo. Finally, and most importantly, challenge the structures and authorities that allow these disparities to persist.

Meera Santhanam is a first-year in the College.