Samantha Eyler-Driscoll Was Asked to Promote the Steve Bannon Event. She Resigned.

She will continue to work for "ProMarket" as managing editor, but she stepped down from her position on the editorial board as Senior Editor. 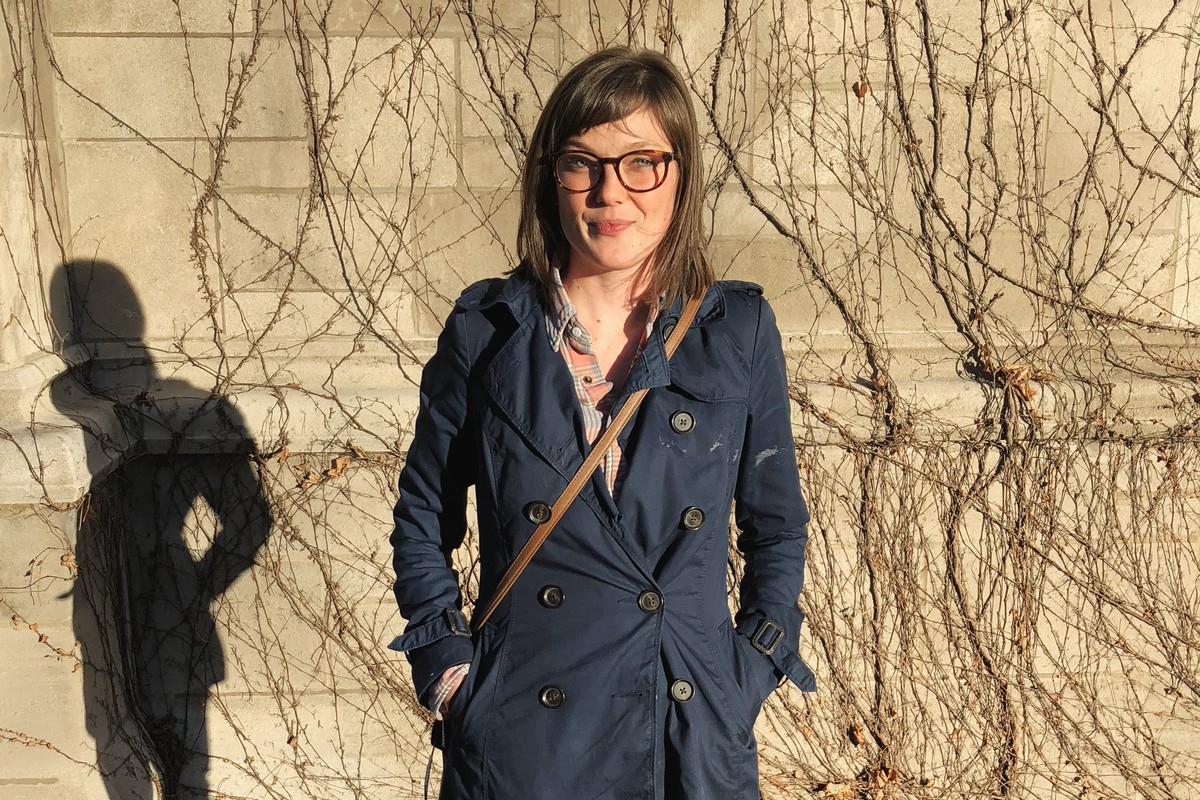 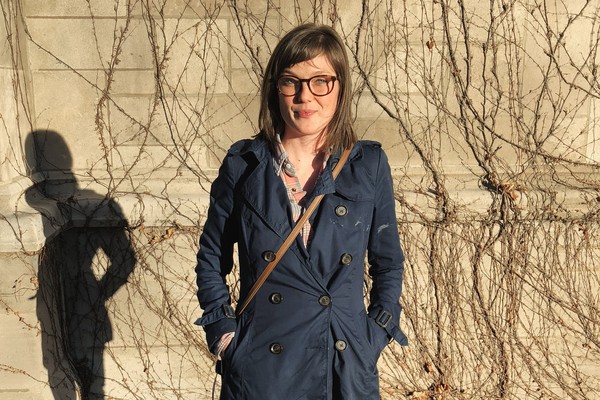 Samantha Eyler-Driscoll, who has stepped down from her position as Senior Editor of the Stigler Center’s publication ProMarket, warned her boss around November: Don’t bring Steve Bannon to campus.

Stigler Center director and Booth professor Luigi Zingales went ahead with inviting Bannon despite her objections, at which point she asked to recuse herself entirely from the event’s planning.

“The request was granted, but then violated—whether knowingly or unknowingly—by my bosses,” she said in an interview, explaining that Zingales asked her to do research for the event and post promotional tweets from ProMarket’s account.

Eyler-Driscoll then resigned from the editorial board of ProMarket. After more than two hours of “grueling” negotiations on Friday, she agreed to continue to produce and manage content for other parts of the blog with the title of Managing Editor.

Zingales invited Eyler-Driscoll back on the editorial board, but she declined because she says her main grievance all along has been that staff who speak out against this event or possible future events with speakers they consider white nationalists are not protected by the University’s speech policies, and that issue has not been resolved.

She sees this as a case where the University’s “de jure notion of an absolute right to freedom of expression conceals a de facto reality in which the right to free expression of the powerful is enforced at the expense of that of their subordinates,” she wrote in a public statement. University spokesperson Jeremy Manier responded in a statement: “Staff members are free to express their personal views. Any change in a staff member’s work duties must be approved by that person’s supervisor, with review and approval by Human Resources.”

But Eyler-Driscoll worries about her job security, and she feels like Zingales and Bannon’s speech is more protected by the University than her speech. Booth’s human resources department told her that the University’s speech protections don’t extend to staff in the way they do to faculty and students.

Booth is telling her this as the administration is collecting praise for its speech policies from places like the Tribune’s editorial board.

“When I went to Human Resources to ask if I had any protections for conscientious objection—basically what rights I had because I wasn’t sure—they told me that I don’t really have any rights. The freedom of expression principles that the University of Chicago is so famous for don’t apply to staff,” she said.

Eyler-Driscoll said her job as an editor “requires the ability to have free debate without fear of any kind of retaliation from the people I work with.” She asked to take a leave of absence from her job but she was told that would not be possible. For now Zingales is allowing her to protest, but she said that her freedom to speak out is not in any way contractually secured.

“Luigi might grant me the right to free speech, but it doesn’t matter contractually—he could change his mind at any time—and it doesn’t help anyone else.”

Eyler-Driscoll said Zingales refused to publish her public statement of dissent even though ProMarket published his letter explaining why he invited Bannon. (The stated reasoning is that she was no longer on the editorial board at the time.)

“When Luigi issued the statement, he sent it to me and asked what I thought,” Eyler-Driscoll said. “I replied saying, ‘Do you really think Nazism can be defeated by reason? Do you think we could have avoided the second World War by having more conversations? There is no empirical basis for this belief that hate can be defeated by reason. There is none. It is literally like almost a quasi-religious belief amongst people that ‘Oh we can talk with our Nazi friends’— and not only is that not true, it actively is creating more harm done to people.

“Last year the number of white supremacist murders doubled in this country. In the past 10 years the vast majority of terrorism has been done by far right extremists. To act like this is somehow innocuous and that we’re just, you know, having a friendly argument over a couple of pints is morally irresponsible.”

Eyler said that the event’s logistics have been changed to try to appease people who object to the invitation. The University announced that the event would be a debate moderated by Zingales, not a speech.

“I feel like they came up with the debate idea to sort of assuage people like me who were opposing. But the idea of it being a debate takes as a possibility that [Bannon] might come out victorious, like having made white nationalism look reasonable. And that’s unconscionable,” she said. “It would be easier in terms of deniability of our moral responsibilities to just put Steve Bannon on a platform and give him 10 minutes to say his piece, because we could at least point and laugh or whatever. But to debate him, there is a false equivalency implied from the outset.”

Zingales has the right to host Bannon, she said, but the Stigler Center has a responsibility to use its platforms to highlight the best voices, not the most outrageous.

“The way that it’s being presented is an insult to me to the concept of editorial responsibility,” she said. “This idea that literally everybody should have exactly the same platform is antithetical to the existence of my job.”

The Booth administration is fully supportive of the event, Eyler-Driscoll said, while many lower-level employees share her anger.

“Speaking in broad strokes—trying not to generalize unduly—the whole top-level of the University of Chicago appears to be super excited about this.… We have high-level Booth administrators saying, ‘Oh we’re so delighted about this. This is such an opportunity.’ And people on Twitter being like ‘Congratulations to Professor Zingales for being brave enough to invite Steve Bannon,’” she said. “Who congratulates someone for inviting Steve Bannon to a University? Literally, these people live in a different world from the one that I live in. I don’t understand how they think.”

Eyler-Driscoll pointed out on Twitter Saturday that Zingales appears to have inadvertently misappropriated a Martin Luther King Jr. quote in his statement.

.@zingales, I believe you accidentally misquoted Dr King here: "Hate cannot drive out hate; only love can do that."

Advocacy for the oppressed starts by listening to their words. https://t.co/e96Vwe5x7j

“I don’t think that he realized he was quoting Martin Luther King, but the fact that he’s sort of presenting himself as a gambit to give a voice to the disenfranchised without realizing he is misquoting Martin Luther King is itself concerning,” she said. “This is terrible, terrible white savior syndrome. Like, sorry Luigi. He’s my boss. I do respect him, but this is a problem.”

“Hate cannot be defeated by hate, but only by reason,” Zingales wrote.

“Hate cannot drive out hate, only love can do that,” King said famously in a 1957 sermon.

One thing is clear: Even though Zingales and Eyler-Driscoll issued a joint statement Friday that made some public amends, there are still serious unresolved issues that are making it difficult for her to work at ProMarket in good conscience.

Zingales wrote in an statement to The Maroon: "Samantha Eyler-Driscoll and I came to a mutual agreement Friday on a joint statement and definition of her work duties, which we both saw as resolving this question. She disagrees with the event we have planned, and I respect her position. There have been no new developments since our agreement, therefore I see no reason to comment further.”

Booth’s public relations team contacted the Chicago Reader yesterday after they published an article sharing Eyler-Driscoll’s statement, informing them that they needed to update the story because the situation has been resolved, she said.

“They wanted them basically to say this is a non-story anymore. I’m like ‘No!’ I’m still off the board, everything that I said in the letter still stands…. The issue of freedom of expression of University staff is totally on the table,” she said. “So I don’t really understand why they immediately just tried to hush the story…. I don’t think that’s healthy. We can talk about Bannon, and we can talk about what comes with Bannon.”