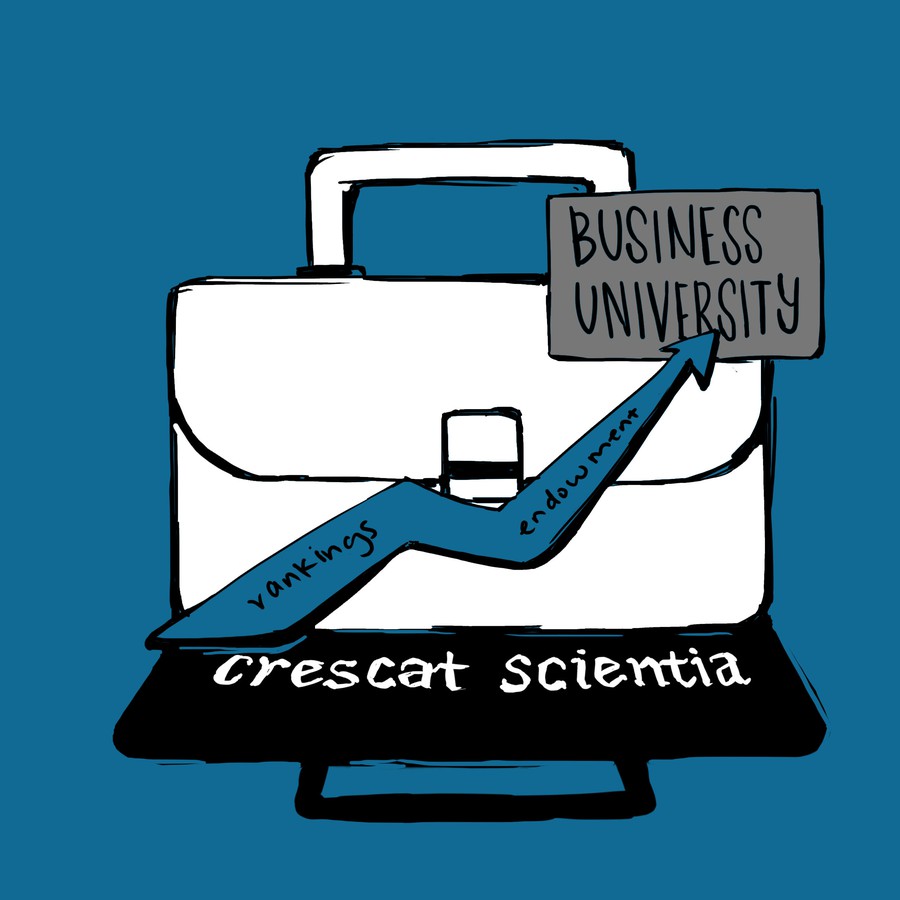 Recently, the Department of Economics and the Booth School of Business presented an upcoming measure to create an undergraduate business major to College Council, a governing body composed of select faculty in the College. For as long as this university has existed, it has distinguished itself from other institutions of higher learning by insisting that education is not a means of acquiring certain technical skills, but an end in itself. The foundational idea of the University of Chicago is that a liberal arts education develops habits of thought and standards of criticism that enable students to become thriving, well-rounded human beings.

If the measure passes, the University of Chicago will abdicate any claim it may once have held to defend this classical vision of liberal education. It will have capitulated to the prevailing credentialist ethos of the modern American university system, which defines the value of a college degree in terms of the future earnings it yields. The University of Chicago will begin to look more like a technical vocational school than the university of Robert Maynard Hutchins, who believed that the primary aims of education consist in cultivating the intellectual virtues, recognizing enduring human problems, and fostering independence of mind.

To many current undergraduates, such aspirations might sound trite or hackneyed, in large part because the University’s representatives are no longer capable of espousing them in good faith. Despite President Robert J. Zimmer’s aggressive posturing in national debates on free speech, anyone who has been paying attention over the past few years can recognize that the administration is no longer committed to the core principles that once animated the vision of its founding figures.

The introduction of a business major—and, indeed the total professionalization of undergraduate education—is a natural outgrowth of the economic-technical agenda that has dominated the University’s decision-making process for at least several decades. Since curtailing the Core Curriculum in the 1990s, the University has, in the past three years, made significant budget cuts and layoffs in the humanities, and has assigned a growing share of teaching to graduate students and underpaid employees in non-tenure track positions. Over the same three years, the University opened an international business school in Hong Kong, erected a $148 million student dormitory, began construction of a 90,000 square-foot state-of-the-art “social space,” and, on Tuesday, announced plans to build yet another opulent student housing complex.

The University of Chicago functions organizationally as a highly efficient multinational corporation. In the pursuit of money and prestige, Zimmer, Vice President Jim Nondorf, and Dean John Boyer have financed ongoing construction and renovation projects, relentlessly advertised the College to high schoolers, and now seem intent on rebranding UChicago as a luxurious technical academy for the country’s ruling class. Administrators and trustees measure their success through numerical metrics such as the undergraduate acceptance rate, the school’s place in the national rankings, and the size of its endowment. As such, those responsible for running the affairs of the University have lost interest in the humanistic ideals that once guided its vision.

By pursuing these narrow objectives, the administration sees itself as advancing the economic and professional interests of its students, whom it increasingly treats as consumers. Under the dominant technocratic paradigm, the relationship between students and the university is reduced to a transactional exchange between rational actors seeking to maximize economic self-interest. Students agree to pay skyrocketing tuition rates under the assumption that their college degrees will earn them prestigious jobs that will make their investments worthwhile in the long term. Many students at the University thus choose to pursue careers in business—indeed, over 20 percent of graduates take jobs in finance and consulting directly out of college. This decision is, in many cases, perfectly understandable. Often, it is the only way for middle-income students to pay off the staggering debts they take on to subsidize their education.

But from its inception (until quite recently) the University of Chicago has been committed to the view that the best preparation for professional success consists not in the transmission of rote  technical skills, but in the cultivation of the ability to read, write, speak, think, and understand—that is, in the practice of the liberal arts. This outlook is broadly supported by empirical research. Sociologists of education who seek to measure “critical thinking skills”—the ability to analyze, synthesize, and evaluate logical arguments and complex information—find that students in business programs show less improvement during college than students in any other discipline. The possession of these skills turns out to be directly correlated with measures of labor market success, including income, likelihood of employment, and job retention.

Thus, the business major cannot be convincingly defended even on the economic-technical grounds that are meant to justify its creation. Law schools, graduate programs, and employers broadly consider undergraduate business programs unserious and disreputable. No academic institution of the caliber of the University of Chicago offers a business major—unless one includes the Wharton School, which, lest we forget, spawned Donald Trump.

If the administration succeeds in introducing a business major, it will have committed a disservice to thousands of students who will be jettisoned into a pre-professional track that is certain to be less academically demanding and intellectually rewarding than the existing economics program. The University of Chicago will have betrayed its students, and it will have betrayed the humanistic principles on which it was founded.

Should the measure pass, the University of Chicago will have completed its transformation to the archetypical Business University. The Business University is governed by the logic of the marketplace: Its primary goals are economic productivity and expansion. It is not even an educational institution, as it lacks any coherent notion of human excellence by which to orient its students’ moral and intellectual maturation and growth. The creation of a business major represents the beginning of the end of the University of Chicago—a process which, perhaps, has already begun, but which one hopes can at least be deferred, so long as those who still cling to a positive vision of liberal education vigorously resist the technicizing fervor of the modern university system.

Eero Arum is a fourth-year in the College majoring in philosophy and political science.