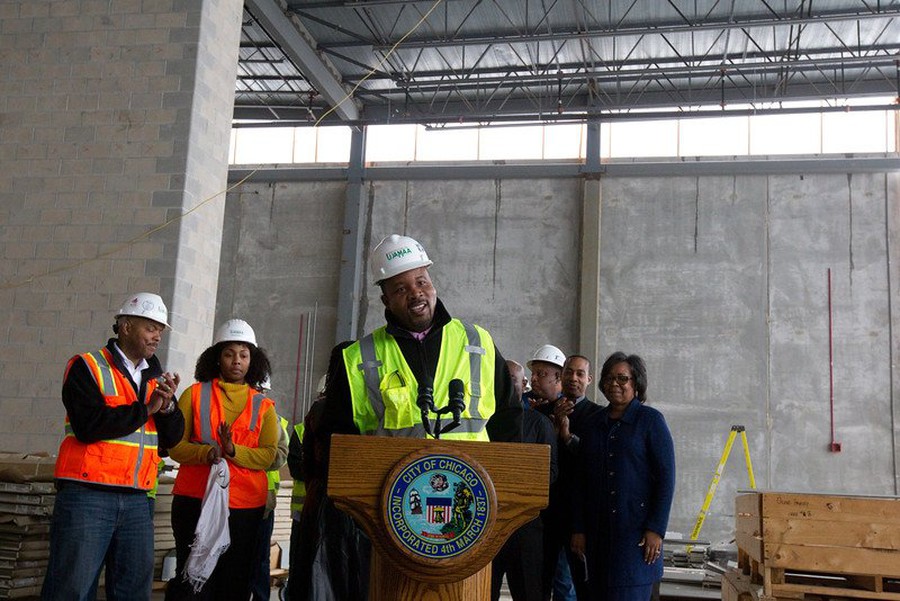 Pictured: Jimmy Akintonde, President and CEO of UJAMAA Construction, which is part of the collective of firms that will build the Center.

Lakeside Alliance, a collective of minority-owned firms, has been chosen to manage the construction of the Obama Presidential Center in Jackson Park. The announcement was made by the Obama Foundation earlier this morning.

The Obama Foundation spent four months interviewing and evaluating construction firms, with a focus on selecting a team that would commit to inclusive hiring and a diverse workforce. The selected company is a collective of five building firms, most of them black-owned companies based in Chicago. While the project is not slated to break ground until late 2018, it was expected that a construction manager would have been by chosen late 2017.

Michael Strautmanis, the foundation’s vice president explained that the Foundation “could have gotten this done six months ago if we had done business as usual—which is hire a majority firm, ask them to hire minority partners and move on.”

While the announcement follows demands from South Side community organizations that the Foundation commit to hiring community residents for the construction project, the Foundation has previously stated that they were looking for firms with plans to hire South and West Side residents, not simply “just to check a box, and not for a photo op, but for good jobs.”