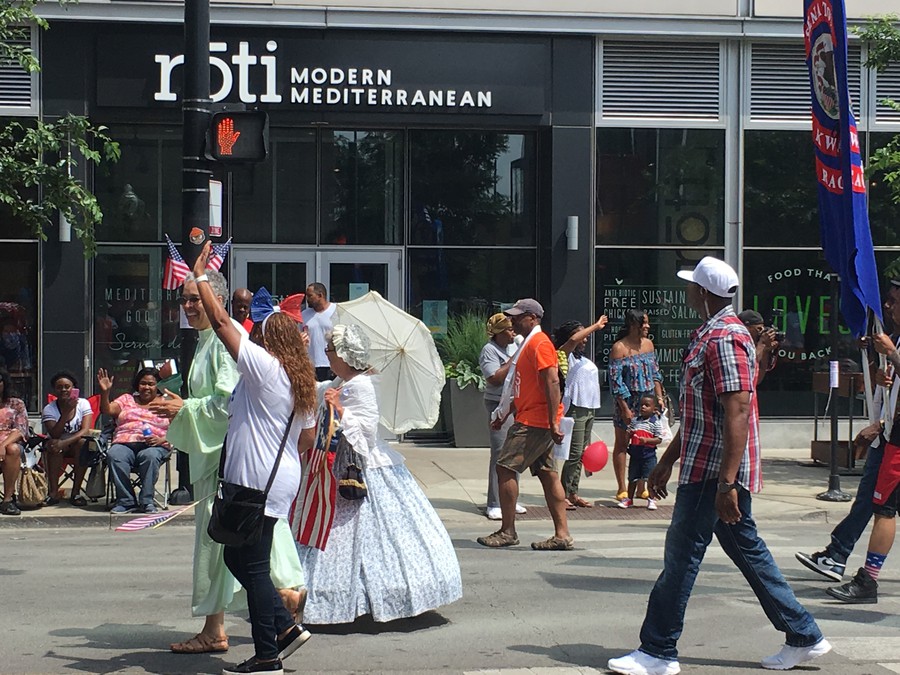 Hyde Parker and Cook County Board President Toni Preckwinkle, here dressed as the Statue of Liberty in Hyde Park's Fourth of July Parade, supported a December measure that put the issue of recreational marijuana on Cook County's primary ballots.

Good morning. Our highlights from this week include: The Cook County Board voted to include an advisory referendum on legalizing recreational marijuana on Cook County primary ballots; Governor Rauner received criticism for his handling of a lethal Legionnaires’ outbreak in the state-run Quincy Veterans’ Home; President Trump signed the GOP tax reform plan into law amid controversy over its effects on the deficit and on income inequality.