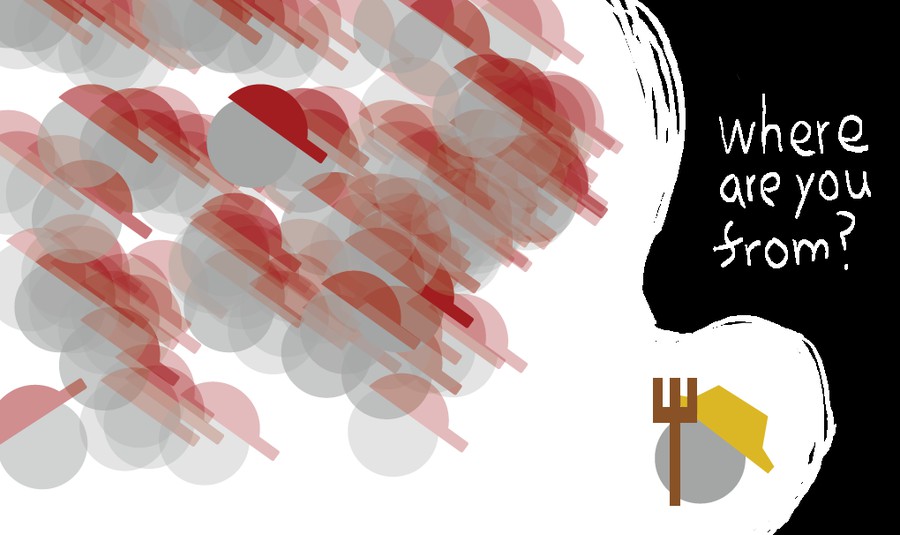 American fault lines have not wanted for documentation. It would take a lifetime spent under a soundproof rock to miss the heavy racial, gendered, sexual, and regional divisions that run rampant in this country. Increasingly, however, the North vs. South divide has waned in political salience; the regional divide that once split the nation into mappable cultural blocs has lost ground to a new one, between urban and rural populations. In pinning down cultural mores, the key question is increasingly whether you live in a metropolitan area or the middle of nowhere—whether your particular plot of nowhere is in Texas or Maine is not the reveal it once was.

While the urban/rural divide has captivated public attention, no clear response has emerged.  Although most of us theoretically object to mass divisions and bemoan the practical effect these divisions have on the democratic process, we take some pride in belonging to our particular side, urban or rural. Urban residents often take pride in their distinctly urban mores, and if they give a moment’s thought to the issue, are mildly relieved not to be rural. The same is true for rural residents, who likewise view “urban” culture with fairly unsubtle disdain. Pride and condescension make the urban/rural divide an unappetizing issue to tackle.

The urban/rural divide is readily apparent in the American college system. Great universities pride themselves on diversity. But their work is incomplete. Universities across the country, including UChicago, have done significant and laudable work in recruiting more racially and socioeconomically diverse students. But the student body still appears to draw disproportionately from urban areas. Where are the rural students?

Not earning diplomas here, apparently. Skimming the halls of South, with each resident’s door helpfully advertising hometowns, I’m struck by the fact that we seem to have students overwhelmingly from urban areas across the globe—mid-sized to large cities, and their suburbs. The Maroon’s Class of 2020 survey on demographics also suggests that the proportion of students from rural areas is quite small, at a mere 3.1 percent. Though the survey does not comprehensively poll the class, it does suggest that the rural population here is relatively small.

The U.S. Census Bureau estimated that a little under 20 percent of the American population lived in rural areas as of the last decennial census in 2010. Estimates based on non-metropolitan county population instead peg the number at around 15 percent.  But if you were working off of the background of UChicago students alone, you might dismiss that population as a rounding error.

There’s evidence that rural students are generally punching beneath their weight in U.S. higher education. The New York Times reported in 2017 that rural students were underrepresented in higher education, with only 29 percent of rural college-age youth enrolled in college, compared to 47 percent of urban youth. Rural students are also more likely to pursue an education at less competitive institutions given their high school performance, also called “under-matching.”  You’d expect colleges like the University of Chicago to experience particular difficulty in recruiting rural students—rural youth appear to be especially leery of high-tier institutions.

But this isn’t true simply for the elite private institutions. Universities intended to serve large rural populations are struggling to recruit local populations as well. Consider the University of Michigan. A fascinating Politico article detailed the struggles of the university that once pitched itself as a school for “our plain boys from the log cabins” to enlist those same students today. High-school students from various pockets of rural/small-town Michigan described the University of Michigan as an unattainable, out-of-state rich man’s school. Resentment against UMich is common in these areas, as the university’s median family income rises, in-state enrollment drops, and conservative suspicion mounts. The article noted that the same economic and state-based phenomena were happening at the University of Virginia and the University of Vermont.

A variety of other factors contribute to rural underrepresentation in higher education: limited high school resources, pressure from economically depressed communities, which fear a brain drain, and a lack of college graduates within families, who may also believe that diplomas are economically unnecessary. Throwing rural resentment of “urban elitism” into the mix doesn’t help. But this dangerous notion, that X or Y elite university wasn’t meant for people like me, is festering in rural America.

Many rural youth view higher education as an urban liberal gambit, not intended for them, and not beneficial for them in either case. As the Politico article suggested, the rise of need-based aid at prestigious universities has done little to allay the rural conviction that college is a prohibitively expensive undertaking, with few dividends and little interest in rural students. Among low-income students in general, the price sticker on selective institutions is enough to discourage applications altogether—the average low-income high school student just doesn’t apply to selective schools at all, perhaps because they are unaware that need-based aid often makes selective institutions a cheaper option.

The underrepresentation of rural youth is more than a blow to geographical impartiality. If universities cater exclusively to urban populations, talented rural students will forgo the education that could improve their prospects. A crucial step in the American Dream stands to be demonized by a population that might benefit tremendously from it. But colleges themselves also suffer, for obvious reasons. Most of us believe that a diverse pool of backgrounds and perspectives is a boon to classrooms; research suggests that teams with diverse backgrounds tend to perform better together than non-diverse teams. Improved rural representation would enhance that even more, and UChicago should keep that fact in mind.