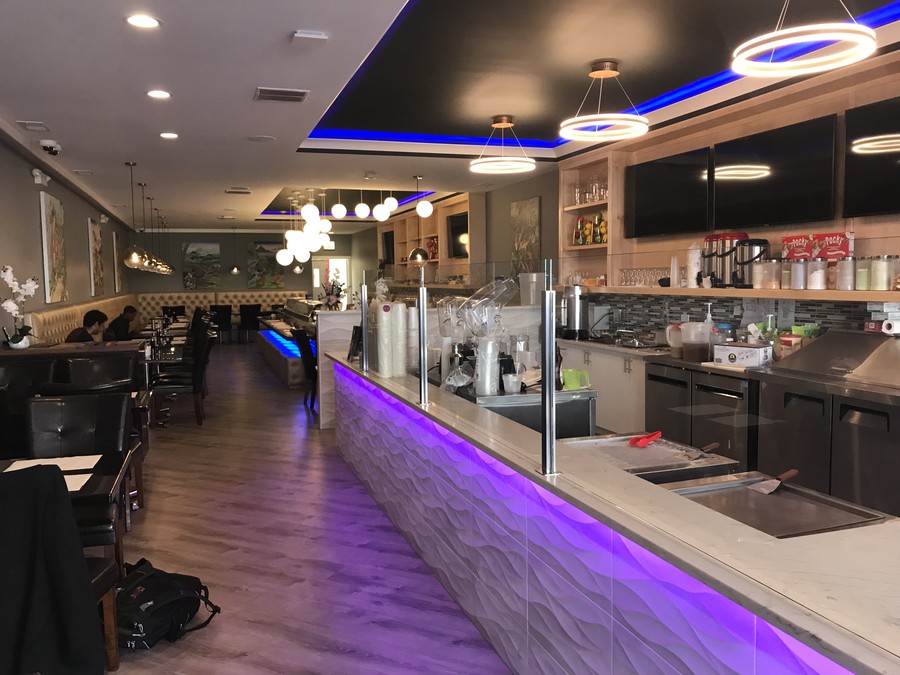 Hiro features two distinct bars areas, one for dessert in the front and sushi in the back.

Hyde Park’s milieu of cuisine has gained a recent addition with the opening of Hiro Sushi and Dessert Bar located on 53rd Street.

The restaurant opened on September 28 and is offering customers a 15 percent discount for dine-in meals through Oct 31. Hiro is also offering free items like edamame and mochi ice-cream to customers who post about the restaurant on sites like Facebook or Yelp.

The menu features over 20 sections, with numerous options for fresh fish, and eclectic juice and dessert selections. The rolled ice cream, a favorite of many due to its unique preparation, costs $6.25 and comes in flavors ranging from fruits like mango and avocado to candy flavors like Nutella Oreo and Reese’s. Entrees range in price from $5 to $12.

The restaurant is owned by Visanu Srisak, a Hyde Park resident and owner of two other local restaurants, Thai 55 and Pho 55. According to Hiro’s website, the intention of the restaurant is to mix Chicago and East Asian cuisines.

“Hiro presents the vivid flavors of the Far East in a surreal atmosphere that marries the serenity of Asia with the flamboyance of modern Chicago,” the website states.

Hiro is open daily from 11 a.m. to 10 p.m. Customers can also order food from Hiro on food delivery apps such as Uber Eats and GrubHub.