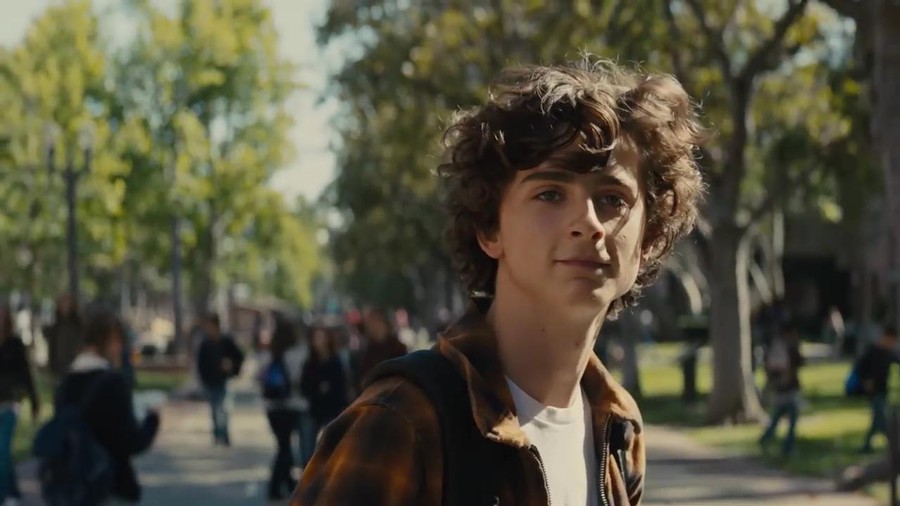 Felix Van Groeningen’s Beautiful Boy covers the complex and tumultuous relationship between a father and son as meth addiction tears apart their relationship and ability to understand each other. As we explore the two perspectives, we come to learn that both their stories hold only part of the truth. The father, David (Steve Carell), can’t come to terms with his son’s addiction and is at the same time left utterly useless to help. Meanwhile, Nic (Timothée Chalamet) desperately wants to reconnect with his family but is ultimately afraid to face himself and his father’s disapproval. The two sides of the story are adapted from the memoir Beautiful Boy by David Sheff, and his son’s own memoir, Tweak: Growing Up on Methamphetamines. Over the course of the film, we see Nic’s desperately tragic situation unfolds, along with its effects on his identity and those he loves.

The film brilliantly captures the two characters’ shared dilemma: their inability to face the truth. David struggles with accepting that his son is far from the innocent boy he used to tuck in at night, and Nic neglects the fact that his absence will hurt the ones closest to him. Throughout the film, there are many flashbacks to Nic’s earlier life: times when he would jam out to death metal in his father’s car or hug him goodbye before he left for his mother. These flashbacks are cleverly interwoven between the emotional climaxes of Nic’s addiction to depict the contrast between his two identities. David desperately clings to an ideal, a trap that he hadn’t realized he’d fallen into before hearing his son’s words: “This is me, Dad. Here, this is who I am.” David’s efforts to get his son clean lie in the hope of revisiting a stage in his life that has long since ended. As David says, Nic is no longer the “kid that I raised, who I thought I knew inside and out,” because a drug has turned the beautiful boy into something beyond childhood memories.

Nic’s view of his situation, unlike his father’s, is something far darker than reality. He has made his addiction synonymous with his identity, ultimately seeing this turn of events as a product of choice rather than tragedy. In a heated conversation with his father, he denies his status as a victim, saying: “I don’t feel like I have a disease. This isn’t like cancer. This is my choice, I put myself here.” The film deftly delves into the controversial debate of culpability surrounding addiction. Through Nic’s struggle, this “choice,” which he so defiantly argues for, turns into an overpowering need.

The saddest part about Nic’s view of addiction is that he feels that he deserves everything that has happened to him. For him, it is not an option to return to his family because the addiction that tore him away from his family must have, in some way, been a choice he made. This internal struggle is brought to life most vividly when Nic desperately tries to get away from his stepmother, who chases him in a car, mimicking his emotional decision to detach himself from his family and the love and support which they are more than willing to provide.

Although there are some beautiful moments of cinematography and dialogue, Beautiful Boy only scrapes the surface of many aspects of the father-son relationship rather than delving into the core of any one of them. This makes it possible for the audience to witness the struggle but not to truly sympathize with it. The flashbacks, despite having beautiful imagery, do little to inform us of David’s thoughts, and much of Nic’s story is taken out of context with little dialogue. Ultimately, the film’s visual symbolism leaves more confusion than profound thoughts or emotions.

Carell, as the father, was given far more opportunity than Chalamet to express the details of his situation. And yet, even with these opportunities, Carell’s portrayal was rather perplexing. Oftentimes the actor’s tone would miss the mark, which made it hard to register the emotion he wished to convey. Chalamet, although seemingly more enveloped in his character, was stunted by the greater focus on cinematography over content.

Beautiful Boy is a film that will leave you deep in thought as your mind slowly pieces together its complicated structure. The film touches on intimate topics of family and self-worth, things we all ultimately struggle with but never truly explore, and will leave you trying to piece everything together your own.