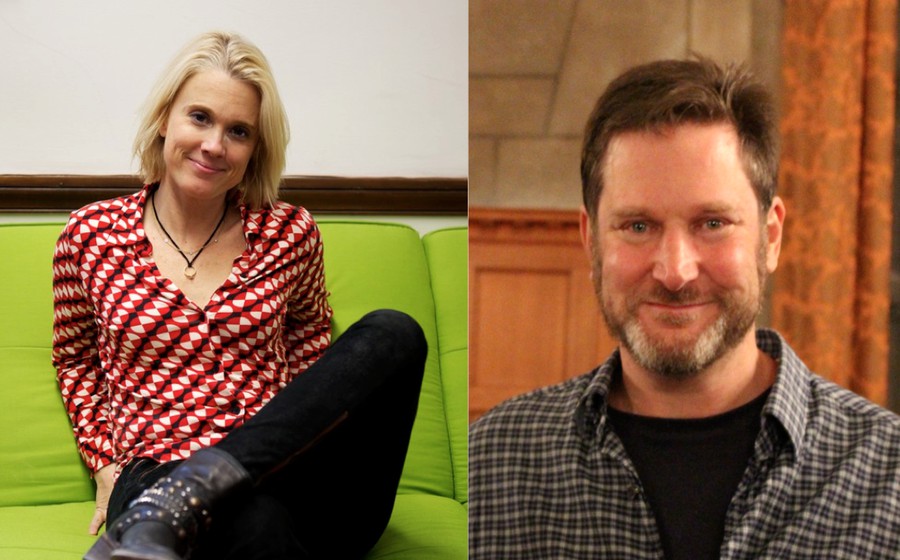 Courtesy of Tiffany Tan and No Boundaries

A University investigation cleared two University of Chicago mathematics professors of wrongdoing after they independently criticized a controversial mathematics paper which consisted of a statistical model of a potential evolutionary mechanism behind the “Greater Male Variability Hypothesis” (GMVH), a controversial claim that males of a species tend to the extremes in their expressions of most biological traits. The GMVH has been used to suggest men have a greater range of intelligence than women.

Theodore Hill, professor emeritus of mathematics at Georgia Institute of Technology, and Sergei Tabachnikov, professor of mathematics at Pennsylvania State University, coauthored the paper. Within a year of its initial publication in The Mathematical Intelligencer on April 3, 2017, it would be retracted from two different journals.

After Hill’s paper was published in a second journal, the New York Journal of Mathematics (NYJM), University of Chicago mathematics professor Benson Farb, who is married to Wilkinson, partook in the editorial decision to retract the paper. Hill wrote to the University claiming that their actions constituted a violation of his freedom of speech, but the University found no evidence of wrongdoing after an investigation earlier this year.

The paper outlines a statistical model meant to “explain how a difference in variability could naturally evolve between two sexes of the same species,” a direct reference to the GMVH. The paper relied on strict biological assumptions, such as the idea that genes encoding for variability would be expressed in only in one of the two sexes, that one sex would be more selective than the other, and that the same allele could result both in unusually high and unusually low expressions of a trait. Former Harvard President Larry Summers used the GVMH in a 2005 speech to justify the lack of women in tenured positions in science and engineering.

Both the paper itself and its two retractions have garnered a great deal of media interest since early September 2018. Accomplished mathematicians and computational biologists have commented on both the paper itself and how it relates to online academic publishing. Jordan Peterson and Steven Pinker have made public comments in support of the paper, with Pinker framing the controversy as an example of academic suppression.

The paper was first accepted for publication in The Mathematical Intelligencer’s Viewpoint column, a section discussing any topic of mathematical interest from readers of the journal.

Criticism of the paper appeared soon after its publication. One of Tabachnikov’s Penn State colleagues criticized the model for operating under restrictive assumptions, and for presenting references that were in fact critical of the variability hypothesis as being in support of it. Wilkinson criticized the paper in its original publication, alongside her father, Leland Wilkinson, a statistician and computer scientist.

Amie Wilkinson claims in a public statement that she suggested “a response rebuttal article by experts in the field accompany the article” to be printed simultaneously with the article itself. This is similar to the practice employed at The Intelligencer, where articles published in Viewpoint will have printed rebuttals in the next edition of the journal. However, the volume of criticism, combined with the slow time before rebuttals could be printed in a quarterly magazine, caused Editor-in-Chief Marjorie Senechal to retract the article.

According to a document drop publicly released on Retraction Watch, Senechal wrote to Hill and Tabachnikov, concerned about the “very real possibility that the right-wing media may pick [the article] up and hype it internationally.” She proposed a round-table discussion be held in lieu of publishing the paper, one that never occurred.

In October 2017, Igor Rivin, an editor at the NYJM, contacted Hill, saying that Editor-in-Chief Mark Steinberger had a “very positive” opinion of the paper and that it could be “refereed quickly.” Tabachnikov withdrew his name from the paper and did not seek publication at other journals. Hill agreed to send in the paper, and it was published that November.

Unlike The Intelligencer, which is written in an informal style and accepts papers of different styles and topics so long as they pertain to mathematics, the NYJM has a more theoretical focus. Ravin believed an applied mathematics paper discussing gender variance could be of widespread interest and generate citations for the journal. Shortly after its two-day referee process, the paper was published in the NYJM.

The editorial board of the NYJM criticized the quick publication and content of Hill’s paper. Farb e-mailed Steinberger, saying that Ravin was “railroading a politically charged paper filled with pseudo-science.” Farb himself is an editor at NYJM.

The paper disappeared from the website within three days of publication. When Hill asked why this happened, Steinberger wrote that many members of the editorial board had threatened to leave NYJM if it remained published.

In his public statement, Farb mentioned he believed NYJM should have issued a statement after removing the paper from the journal. In an interview with The Maroon, Ravin mentioned that Steinberger was struggling with an aggressive brain tumor at the time. He believes this was the main reason for the lack of retraction notice. Steinberger passed away in September 2018.

Hill sent an e-mail to University of Chicago President Robert Zimmer this March, requesting Wilkinson and Farb be placed under investigation for “unprofessional, uncollegial, and unethical conduct.” Vice Provost Jason Merchant responded to Hill in April with the University’s official findings, writing that there was “no reason to believe academic fraud may have been committed.”

Hill appealed this decision, mentioning he was never contacted in the course of this investigation and that fraud was never the subject of his complaint about Wilkinson and Farb’s interventions. Merchant responded to Hill, writing that he should be upset with the decisions of the editors of the two journals, not with the University of Chicago. Daniel Diermeier, provost of the University of Chicago, responded that there would be “no further review or consideration of this matter.”