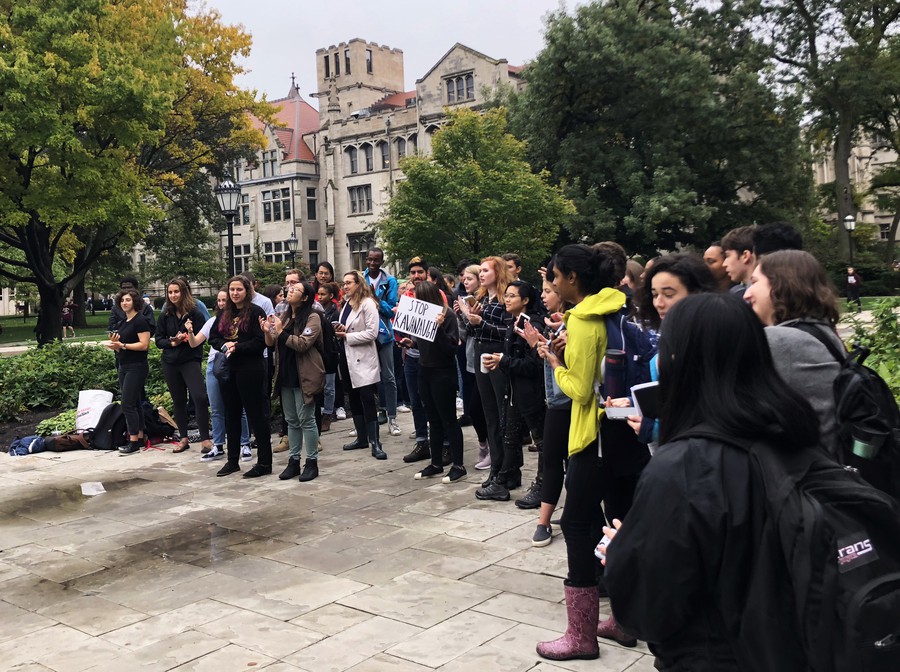 The rally was organized using the hashtag “#BelieveSurvivors.” The event description said, “We believe Dr. Christine Blasey Ford, Deborah Ramirez, Julie Swetnick, and all survivors and we know this appointment is unjust and immoral.”

Celia Hoffman, a second-year in the College who helped organize the protest, said that the event was a success.

“Today, UChicago students made our voices heard—we spoke out against Brett Kavanaugh’s Supreme Court nomination and declared that we believe survivors, she said. “Regardless of what happens tomorrow, we will continue to fight for justice and to create the world we wish to live in.”

Several dozen students attended the protest, as well as some members of the media.