The Problem With Participation Points

Participation grades overemphasize verbal participation and put introverts at a disadvantage in the classroom. 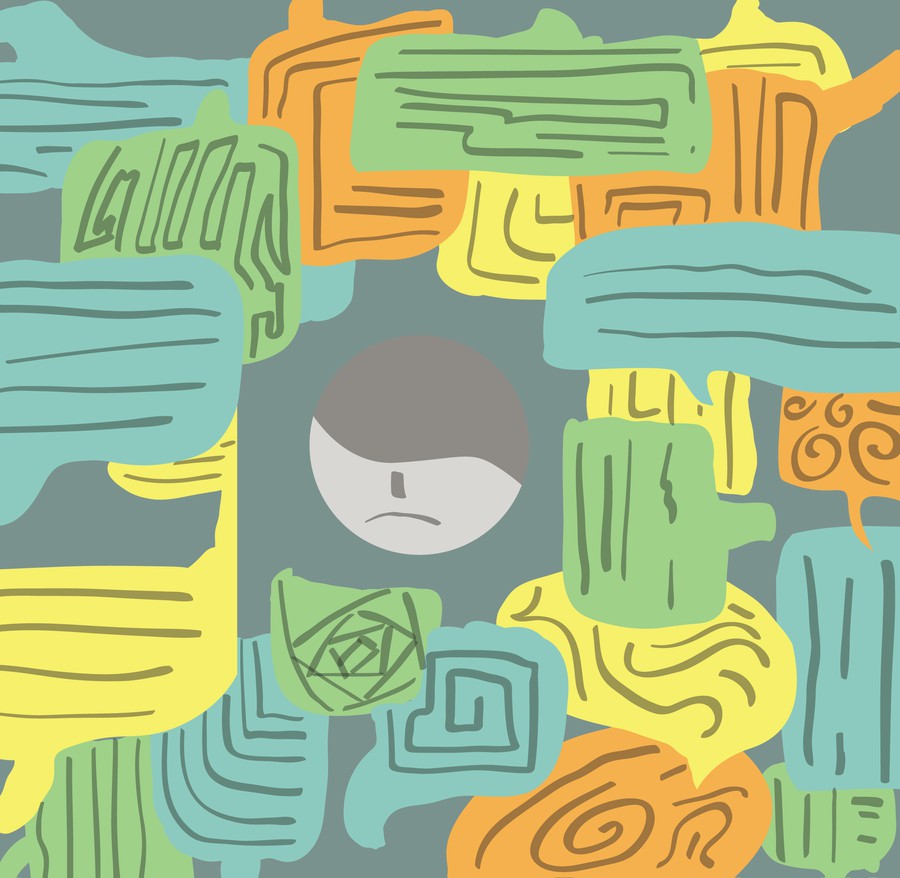 The word “effervescent” doesn’t often pop up in ordinary conversation, but it’s burrowed its way into the chitchat lexicon. Harvard’s admissions guidelines (since revised), released in the recent affirmative action trial, called the ideal applicant “effervescent” and emphasized extroverted personality traits. The revelation prompted some editorial angst about whether introverts are undervalued in the admissions process.

Most of us are probably not surprised by the premium placed on extroverts—not just at some colleges, but essentially everywhere. If you interviewed, wrote an application essay, talked with a counselor or alum, or did literally any component of the application process at all, for any school, you may have taken pains to present yourself as a cross between a bubbly chatterbox and a library.

You’d have had cause to reflect on whether we occasionally overvalue peppy loudness. It’s not just a quirk of undergraduate applications: Between the Core and required classes in every socially minded major, participation (read: talking a lot) is a constant, non-negotiable part of the UChicago College experience. You end up spending a significant portion of your time as if fused to a megaphone.

Most of the time, that’s great. People make comments in participation-based classes that range from extraordinarily insightful to purely insane. In those cases, the chattiness quota pays real dividends—by adding either to your education or to your class’s entertainment. At the very least, it can ensure your classes don’t lapse into complete and soul-crushing silence.

But this constant expectation can also be ridiculous. When classes allow only verbal participation, they put introverts and extroverts on a tilted playing field, by punishing reserve without allowing for other avenues of contribution. And verbal participation doesn’t guarantee a good discussion. Participation usually requires one thing only: saying something. Saying something meaningful is sometimes a wholly unrelated venture.

Sitting in a lounge on campus recently, I heard a first-year trashing a Core class. As sixth week began, many of his classmates had begun to worry that they hadn’t spoken enough. Scanning the classroom, he saw a few peers sweating bullets as they presumably tallied up the number of times they’d participated or mulled the logistics of spacing out their three remaining insights for maximum impact. That’s an anecdote which feels almost universal on this campus.

I remember walking away from the same course a few years ago convinced that the number of times people spoke was inversely correlated with the odds they’d done the readings. And when I hear the phrase “participation grade,” the image that springs to mind is a roomful of students nearly punching the air in their haste to get their hands up quickly, while the questions are all still the sort of easy freebies you can answer in a heartbeat.

These situations obviously aren’t helping anyone learn or serve as a better classroom contributor. They just turn participation into a rat race to say something quickly, before (God forbid) someone else voices the same half-baked thought.

The fundamental problem is that most classes accommodate a single way to contribute. Since students in those classes need their teachers to remember them as vocal participants to do well, they feel pressured to speak often, and because they’ve got to speak often, they leap at easy opportunities to chime in, not just deep and insightful ones. If students aren’t loud, that pressure is more intense, and those easy opportunities are more appealing. The result is that participation can encourage volume over substance and keep student’s minds far from the meat of the syllabus.

This is the problem with overvaluing bubbliness generally: When you require a class to talk a great deal, students who have good ideas begin to spew nonsense in the rush to say as much as they can. Regardless of what a teacher intends, the message you get from participation-based classes is that you should try to dominate the classroom discussion, not necessarily improve it. And often a handful of students will do precisely that—something which rarely adds to anyone’s education, but could jeopardize others’ grades. It hardly matters that anyone can tell when you’re talking for talking’s sake. Ensuring you’ve talked enough to make an impression can mean making obvious points or rehashing what another classmate’s already said.

There should be more ways for people to contribute other than by talking alone. It’s not a new idea, and it’s practiced in plenty of classes already: These classes allow students to participate not only by speaking in class, but also by sharing their essays, talking in small groups, providing feedback online to their peers, participating in Canvas discussions and class workshops, and so forth. If we’re going to require participation, that ought to be the norm. These avenues for contribution give students more space to thoughtfully share their developed impressions, particularly for those who aren’t vivacious jabberers. They should be implemented more widely at this university. It’s not just that they could improve some students’ contributions, and everyone’s understanding of class material; they could also help rectify the unfortunate fact that, by cutting off perfectly legitimate and valuable avenues for contribution, we (unnecessarily) treat introversion as a liability to be discouraged and penalized.

Natalie Denby is a fourth-year in the College majoring in public policy studies.