Sweet Honey in the Rock Takes Rockefeller Chapel to Church 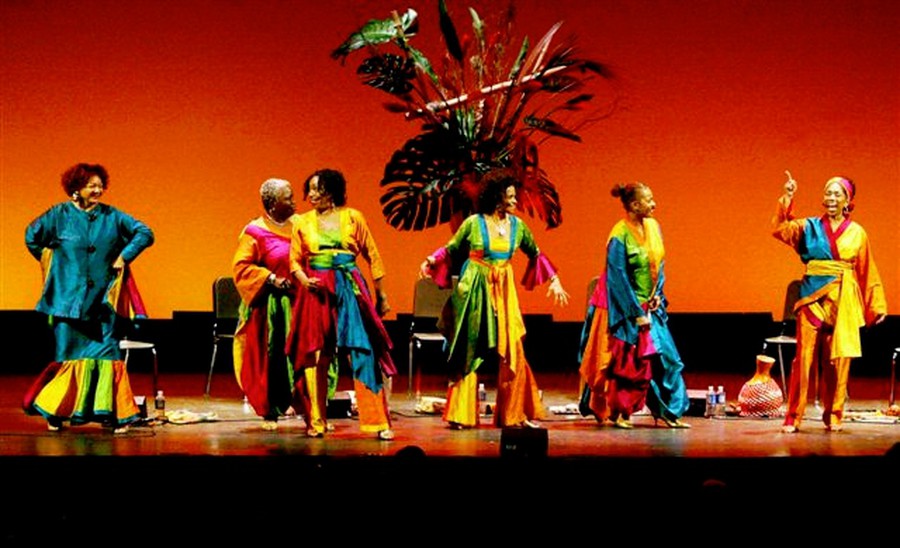 Sweet Honey in the Rock performing in 2007.

Courtesy of Sharon Farmer via Sweet Honey in the Rock

People of all ages filled the aisles of Rockefeller Chapel last Saturday to hear the words and music of acclaimed music group Sweet Honey in the Rock. The ensemble, made up of Carol Maillard, Louise Robinson, Nitanju Bolade Casel, and Aisha Kahill, was joined by bassist Romeir Mendez and guest vocalist Rochelle Rice. Sweet Honey in the Rock, which is celebrating its 45th year of musical excellence, is this year’s Don Michael Randel Ensemble-in-Residence.

Sweet Honey in the Rock was founded in 1973 by Bernice Johnson Reagon. Since its inception, the all-female Black a cappella group has focused on entertaining and educating its listeners on the injustices that plague the world. Their sage lyrics, often presented in a fusion of gospel, spoken word, and blues, portray inequality with brutal honesty while also projecting a sense of overwhelming hope. In the course of their 45 years, Sweet Honey in the Rock has achieved international acclaim for its unique and powerful performances.

The night opened with a performance from the University Chorus. Conductor Mollie Stone described how music “must be socially, spiritually and politically relevant” and spoke on the importance of recognizing the historical context of the music they were singing. For instance, the chorus sang "Swing Low, Sweet Chariot", a spiritual that slaves used as a code to help each other escape. Their four-song set was the perfect prologue for the story Sweet Honey in the Rock told next.

The audience gave Sweet Honey in the Rock a standing ovation as they made their way to the center of the stage. The group greeted the crowd with keen political commentary about this year’s midterm elections. Soon after, their melodious voices echoed throughout the chapel, accompanied by the infectious rhythms Mendez provided.

The group’s lyrics were centered on civic engagement, hope, and racial injustice. When Sweet Honey in the Rock sang about standing up to inequality, the entire crowd stood up, moved by the message that the fight for freedom will not stop until all are free.

The second half of the show had a specific focus on women’s empowerment. The UChicago Women’s Ensemble and the Hyde Park Presto, the all-female ensemble of the Chicago Children’s Choir, sang about the strength and intelligence of women in power. A set dedicated to the political voices of women, it was well complemented by the harmonic voices of fellow women.

Sweet Honey in the Rock followed with more politically charged commentary, this time touching on topics such as gun violence, environmentalism, and criticisms of President Donald Trump. Their second set incorporated a wide variety of styles: Songs deeply influenced by African culture, a Hebrew song to honor of the victims who lost their lives at the Tree of Life congregation in Pittsburgh, and a somber hymn about the ubiquity of gun violence. Despite the weight of their lyrics, Sweet Honey in the Rock still inspired hope and empowerment. The set closed with a song called “The Women Gather,” led by founding member Carol Maillard and backed by the Women’s Ensemble.

Sweet Honey in the Rock’s beautiful performance was indicative of the ability music has to transcend notes on a page and to echo throughout the corridors of our lives and social realities.