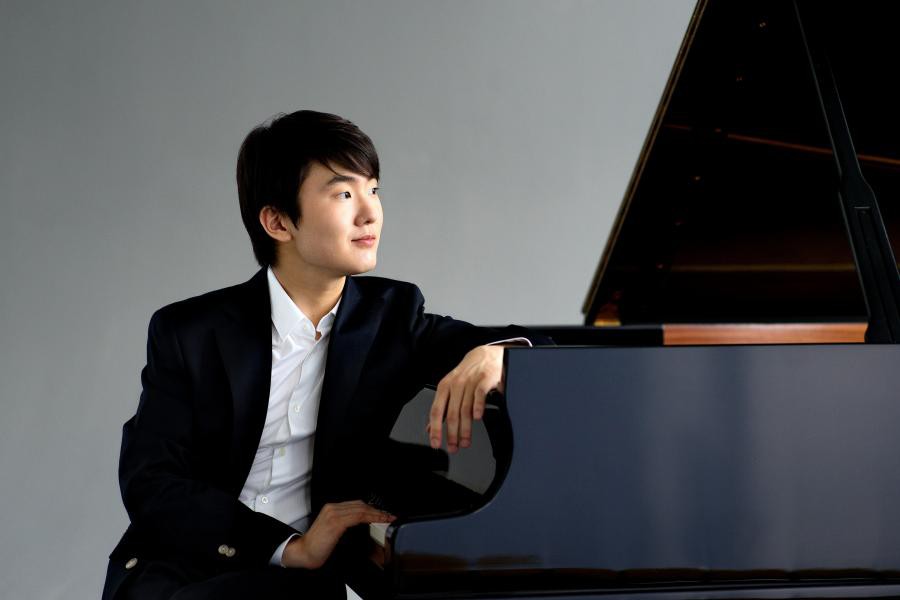 Courtesy of University of Chicago Presents

Seong-Jin Cho gave a dazzling performance at Mandel Hall on Friday evening as part of the 75th Anniversary Season of UChicago Presents. This was the Chicago debut for the 2015 International Chopin Piano Competition winner, who has since attained a quasi-celebrity status, particularly in his home country of South Korea.

The program opened with Johann Sebastian Bach’s “Chromatic Fantasia and Fugue in D Minor.” Cho’s sound in the Fantasia was brilliantly clear and his phrasing was convincing. He commandeered the audience’s attention and made the expanse of Mandel Hall feel quite intimate. Cho articulately followed each line of the subsequent Fugue while maintaining the balance and integrity of the complex texture.

The highlight of the evening was easily “Fantasie in C major (Op.15),” also known as the “Wanderer Fantasy,” by Franz Schubert, arguably the composer’s most virtuosic work. Cho’s performance was exceptional; each nuance in the score was subtly brought out and the climaxes were powerful, veering ever so slightly toward grotesque. His superb technical skillset needs no validation, and it goes without saying that he executed the numerous difficult passages of this piece flawlessly. However, it was in the adagio that his introspective and sensitive playing could be fully appreciated.

Cho closed the first half of the program with the Polonaise-Fantaisie by Frédéric Chopin, a late and adventurous work of the great Romantic composer. Though contemplative and free, the Polonaise-Fantaisie owes as much to the structural and metrical constraints of the polonaise as it does to the meandering tendencies of a fantasy. The first part of the “Chromatic Fantasy and Fugue” is perhaps the truest fantasy, but it is followed by a fugue, a closely prescribed contrapuntal genre. The “Wanderer Fantasy” is not far off in its form from a piano sonata, and the Polonaise-Fantaisie is first and foremost a polonaise.

Modest Mussorgsky’s colossal Pictures at an Exhibition suite formed the second half of the program. Each movement is a musical vignette representing a painting by Viktor Hartmann, with the famous recurring Promenade theme tying the work together. Cho’s technical prowess was overshadowed in this piece by his overly theatrical approach to the music and his stature. These nuisances were only slightly excessive in the first half of the program, but became overwhelming in the virtuosic and grandiose passages of Pictures at an Exhibition. More attention toward creating variety of color, tone, and phrasing would have been preferable.

Cho’s first encore, “October: Song of Autumn” from Pyotr Tchaikovsky’s The Seasons suite (Op.37a), let the audience enjoy the subtlety of his interpretive style. Many movements of The Seasons are recognizable and have the potential to become redundant, but Cho was able to walk the fine line between insightful musicality and Romantic excess. His second encore, Chopin’s “‘Heroic’ Polonaise in A-flat Major, Op. 53” returned to a flashy and extroverted style, that if ever permitted, worked best in this piece.

A true musical celebrity, Seong-Jin Cho delivered an impeccable—if at times self-indulgent—performance. At 24 years old, he is sure to be an exciting figure in the classical piano world for decades to come.