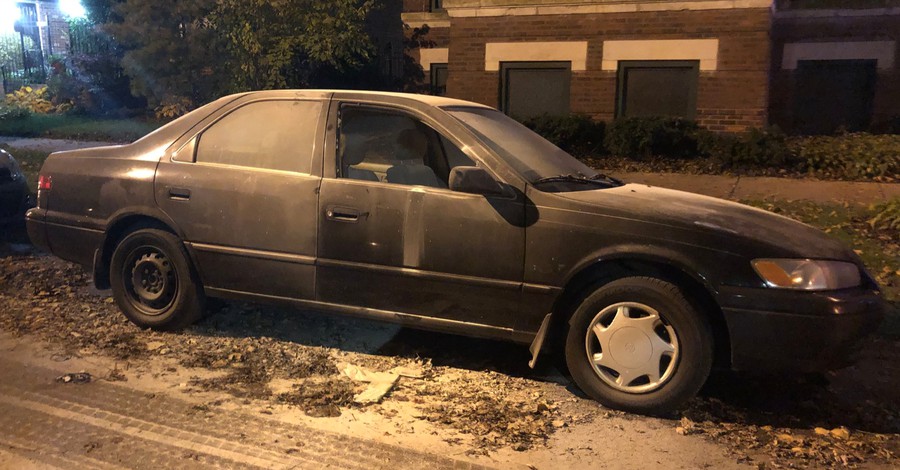 Teenagers smashed the windows of many cars in Hyde Park, setting some on fire. Witnesses say that this was done using fireworks.

Note: This article follows up on The Maroon's breaking news reporting about this incident.

A large group of teenagers in Hyde Park destroyed cars, set off fireworks, and allegedly assaulted at least two University of Chicago students on Halloween night, according to multiple eyewitnesses and police reports.

Wednesday night’s events were reminiscent of past years in which crowds of teenagers gathered in Hyde Park on or around Halloween, some committing vandalism.

According to multiple individuals, a large crowd not affiliated with the University was in the area causing damage to cars and setting off firecrackers on Halloween. Witnesses said the night’s incidents began at 8 p.m., around the time when fireworks were set off on 52nd Street near the Polsky Exchange. At 8:15 p.m., according to several Hyde Park residents, firecrackers were thrown into an unlocked car, causing a small fire upon explosion. At 9:30 p.m., residents reported loud bangs, possibly fireworks, near 55th Street and Lake Park Avenue.

Despite heavy presence of the Chicago Police Department (CPD) and the University of Chicago Police Department (UCPD) throughout Hyde Park, reports of explosions and property damage at 54th Street and Ridgewood Court came in until after 10:20 p.m. Multiple residents complained of hearing explosions, and others reported that their car windows and windshields had been broken. At 10:27 p.m., according to police reports, a large group assaulted one man on the 5400 block of Kimbark Avenue after he confronting them for damaging his vehicle. He was struck and fell to the ground but refused medical assistance. Police did not immediately take anyone into custody for the events near Ridgewood Court.

By 10:30 p.m., a smaller group of around 20 made their way onto campus. Witnesses in the area reported hearing additional explosions and several instances of property damage, such as the tipping over of motorcycles.

At 10:35 p.m., a group of teenagers allegedly robbed and assaulted two UChicago students just outside Max Palevsky Residential Commons on the corner of 56th Street and University Avenue. One victim suffered light bruising and had his phone, wallet, and other personal items stolen. A second victim was allegedly thrown to the ground and struck repeatedly. He was later taken to the UChicago Medicine emergency room for treatment, according to a security alert sent to the University community around 1 a.m.

According to witnesses, both CPD and UCPD officers arrived on scene at 10:37 p.m., shutting down the 1100 block of 56th Street in front of Max Palevsky for several minutes.

University of Chicago police officers apprehended one man on suspicion of robbery in front of Regenstein Library. At 10:45 p.m., witnesses say the suspect was spotted fleeing from the direction of University Avenue before encountering police.

At 12:30 a.m., students outside Reynolds Club on 57th Street and South University Avenue reported hearing explosions. On November 1, a 10:49 a.m. CPD report stated that 11 juveniles and one adult were arrested for reckless conduct and violation of public peace. An official from the University further stated that the UCPD arrested and charged two other individuals on suspicion of battery.

Based on videos obtained from social media, it appears as if CPD officers shut down most of the 5300 block of South Lake Park from as early as 8 p.m., setting up roadblocks to prevent individuals from heading west on 53rd, 52nd, and East Hyde Park boulevards. The CPD barricade, which prevented individuals in Hyde Park from reaching a community- organized "Teen Halloween" party at the Promontory and vice-versa, persisted until well past 9 p.m. at night.

This year’s Halloween violence persisted in spite of neighborhood efforts to provide alternatives for local youth on Halloween night, with community group Blue Gargoyle hosting the aformentioned party at the Promontory.

Teens Attack UChicago Students Next to Dorm, Hospitalizing One

By Matthew Lee and Euirim Choi