"The Crimes of Grindelwald": A Failed Magic Trick 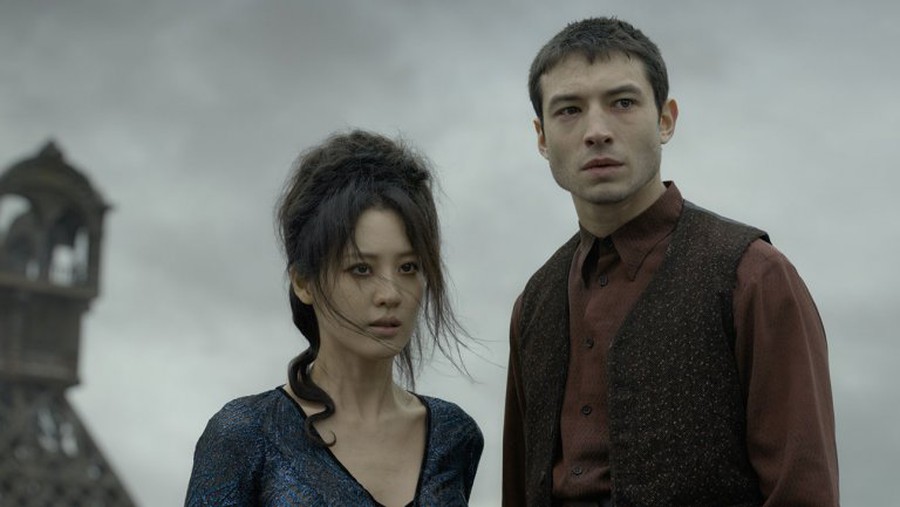 Everyone who was a kid in the early 2000s remembers the sense of awe and wonder when Harry Potter arrives at Hogwarts for the first time, with its talking hat and magical architecture. Those films made us all want to be a part of Harry’s universe, discovering quirks along with Harry that made it all the more appealing. That is why it makes me sad to say that Fantastic Beasts: The Crimes of Grindelwald is bereft of any of that magic. It is an inexcusably unfocused film, unable to create a connection between the audience and the grimy semblance of Harry’s magical world which it portrays.

The plot of this film is unnecessarily convoluted, but essentially follows soft-spoken Newt Scamander (Eddie Redmayne) as he attempts to stop the evil wizard Grindelwald (Johnny Depp) from tracking down the mysterious Obscurial Credence Barebone, in a long-winded MacGuffin that sends the characters from New York to London to Paris. Along with Scamander, the mostly forgettable characters from the previous film are revisited, including a bumbling muggle played by Dan Fogler and a stoic witch played by Katherine Waterston. A young Albus Dumbledore, played by Jude Law, also appears briefly, in one of the only legitimately inspired performances in the film. I wish I could tell you why these characters all get together throughout this movie, but I have absolutely no idea why—characters appear seemingly for no reason and tag along haphazardly for the purposes of the plot.

The real problem with this film lies squarely in the hands of screenwriter J.K. Rowling, who was presumably surrounded by yes-men unwilling to revise her bloated and directionless script during production. There is no thread of cause-and-effect in her script, with action set pieces and dramatic reveals spread randomly throughout and no significant impact to any of them. Grand climactic scenes will occur, and the protagonists will immediately move on to the next set piece with little time taken to explain their motivations or reasoning. The result is an experience akin to watching a series of expensive YouTube videos that explore different aspects of Rowling’s extended wizarding world, with only vague suggestions throughout that the videos are related.

Even for an ardent Harry Potter fan, there was just nothing to ground me in this movie’s universe. With the Harry Potter films, there was a very clear thread in each film—Harry would go through a year in Hogwarts, discover wacky magical spells and objects, and eventually discover a conspiracy threatening the students at the school. Everything made sense, and the simple plots allowed viewers to connect to Harry and his world. In the Fantastic Beasts sequel (the second installment in what is ultimately to be a five movie series), the events of the plot feel so disconnected that there isn’t a chance to experience any rapport with the characters as they discover new aspects of their world. Even the fantastic visual effects of the action are tainted by this lack of connection: Without a connection to characters that experience the wonder of magic with us, it’s all just pretty fireworks that don’t leave an impact.

I will say that I was pleasantly surprised by how much I enjoyed Johnny Depp and Jude Law as Grindelwald and Dumbledore, respectively. Depp, while delightfully sinister and over-the-top, avoids the campy pitfalls that have made his recent performances hard to sit through. And Law masterfully portrays the wise-yet-cheeky attitude that made Dumbledore so enjoyable in the previous films, but I wish the film had focused more on his story as opposed to the other forgettable characters. Redmayne was endearing as Scamander, but his character didn’t grow much through the movie, and he was unable to make up for the lackluster plot his character was put through.

In short, The Crimes of Grindelwald is the Phantom Menace of the Harry Potter prequels. It is a movie driven by incessant, unrelated plot points instead of by a meaningful connection to its characters or world. If this movie is to serve as the foundation for future films in this universe, it is a very shaky one indeed. That said, I still feel naïvely optimistic that Rowling will pull off a miraculous turnaround in the next film and do justice to the magical world she created. However, so did Star Wars fans—and look how the follow-up to Phantom Menace turned out.