The Problem With Mimicking Harvard

UChicago’s administration needs to stop trying to copy the Ivies just to boost our rankings. 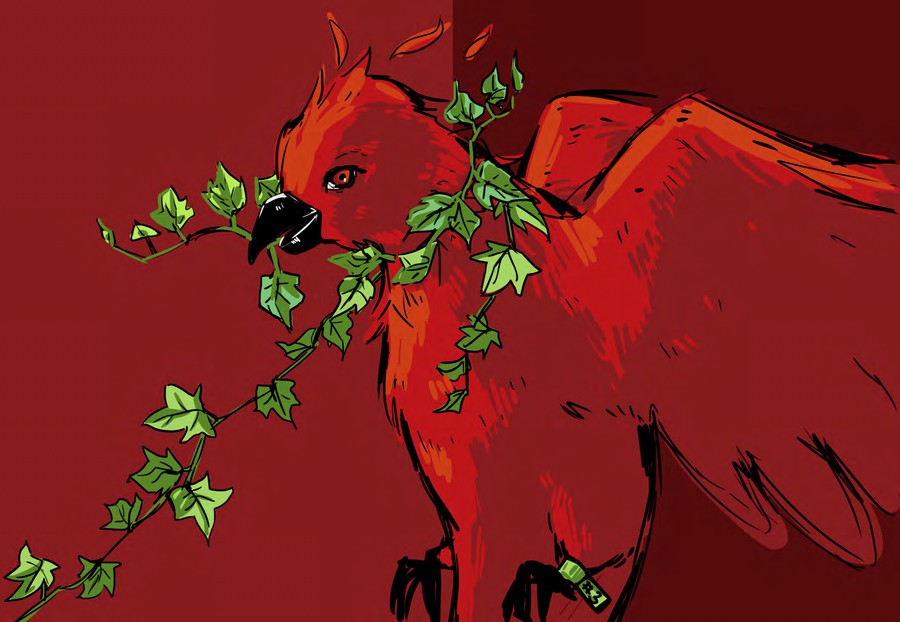 Harvard’s crimson and UChicago’s maroon may be different colors, but our school administration doesn't seem convinced. In a recent statement, Dean John Boyer discussed a variety of proposed changes to the structure of the College, some of which are already underway. While many of these changes seem beneficial (I, for one, am a sucker for the semester system), they were presented, problematically, as a response to decisions made by our Ivy League peer institutions, particularly Harvard. UChicago’s goal should not be to match, compete with, or “beat” these institutions. In fact, the University has historically defined itself as a uniquely quirky, intellectual alternative to its prestige-driven, grade-inflating peers. Sure, the Core might resemble Columbia’s, and our winters may be as bad as Cornell’s, but UChicago makes clear to prospective students that its culture, accomplishments, and philosophy are entirely distinct from other schools. From uncommon essay prompts to self-consciously idiosyncratic subjects for admissions e-mails (“Our Campus is Zombie Ready” and “Giant Ants! Ahhh!!!!”), the school actively takes on a tone that is silly and lighthearted relative to the normally self-serious, cringingly promotional messages of college admissions offices.

As a first-year and recent applicant to the University, I was certainly drawn to UChicago's self-portrait as an oddball among elite schools, and I would be sad to see that character diluted through mimicry. All colleges evolve over time, making structural adjustments to meet the needs of new generations of students, but it is important that those decisions are made based on an institution’s philosophy and not out of a desire to match schools perceived as more prestigious. This is an institution that has cultivated a reputation for emphasizing theory as much is it does practice. Thus, even more so than at other schools, the philosophy behind an education here is just as important as its implementation. While it is tempting to say that the positive impact of changes is more important than the reasoning behind them, to do so creates a slippery slope toward assimilation and the loss of everything that makes our school so special. Furthermore, blind adoption of the policies and structure of Harvard, Yale, and Princeton lends tacit credence to the already popular idea that they are the only schools worth attending. As a leading non–Ivy League university, we have a responsibility to alleviate, rather than contribute to, Ivy fetishization, and offer smart, talented applicants an option outside of the League.

Let’s take a closer look at some examples of these generally good changes backed up by bad reasoning. In his statement, Dean Boyer emphasized efforts the University has undertaken over the past 20 years to match the student body populations of Harvard and Yale. This expansion has led to a larger, more bustling campus community and may have boosted our desirability to prospective students, as many applicants seek a school with approximately 6,000–8,000 undergraduates. But, the decision to expand should have been made on the basis of our school's philosophy and what will work for the students and faculty here. Similarly, while the upcoming plan to decrease class size is certainly beneficial, the change shouldn’t be coming from the University’s insecurity. There are much better reasons to decrease class size than simply proving that we’re as good as Harvard or trying to increase our U.S. News & World Report ranking. Boyer didn’t mention the decision to move to the Common Application or other efforts to enlarge UChicago’s application pool and thus drive down the acceptance rate, but those are similarly unfortunate in that they largely serve to improve our rankings and boost our standing in a ranking system that rewards efforts to match the Ivy League. We might soon achieve the name recognition of Harvard and its fellows, but we must do this on our own terms and by following our own path.

The poor wording of Boyer’s announcement doesn’t mean that this isn’t possible or that it isn’t already happening; as disappointed as I was by the statement, I am continually surprised to see just how much student opinion influences our campus growth. From the upcoming town hall inviting undergraduate input about the design of the new wellness center to uncommon grants that make student ideas a reality, UChicago has consciously and continually trusted its student body to create a culture that suits them and, because of the bright, quirky, imaginative applicants it admits, the resulting community is pretty great. That is how we should continue to evolve—drawing on the creativity from within our halls and libraries, as opposed to focusing on outside opinion.

Overall, while UChicago’s goal in making these adjustments is admirable, the justifications it provides fall flat. Shrinking class sizes is awesome, but the fact that the University would only do so to be more like Harvard is diametrically opposed to our educational philosophy and dilutes the wacky, wonderful culture that led us to choose UChicago in the first place. Boyer is correct when he says that “Chicago has a profile of high intellectualism, life of the mind ideals,” but this is not a product of our recent high rankings. It is the result of a commitment to learning, a refusal to conform, and a self-selecting student body that brings fresh ideas to campus each year. There are plenty of Ivies, but there has always been one UChicago. Let’s keep it that way by operating off of our institutional values and creating a school that the coolest kids in the country will be proud to attend.