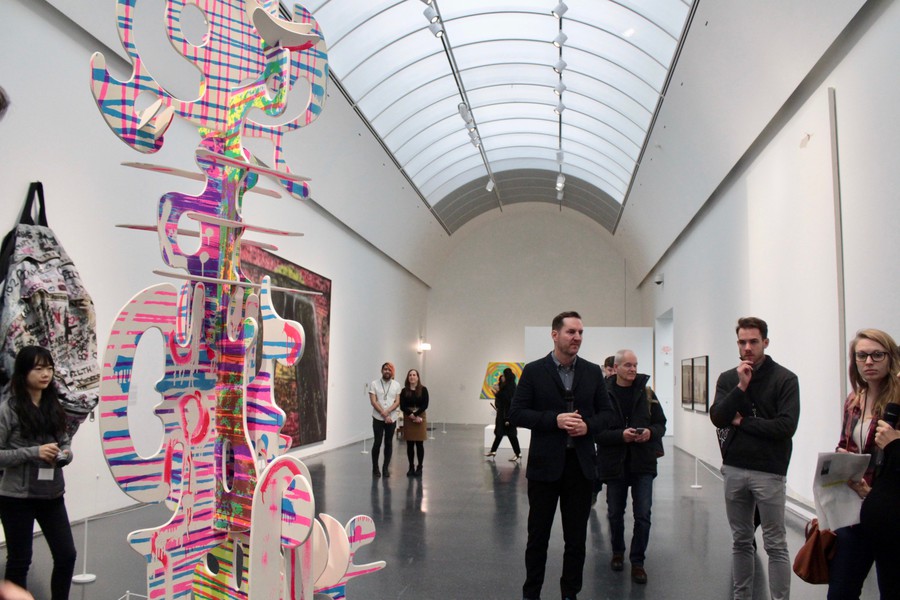 No matter where you end up, don’t forget where you came from. This seems to be the underlying mantra of the Museum of Contemporary Art’s West by Midwest exhibit, which opened on November 17. Looking back to the 1950s and working its way to the present century, the exhibition traced several artists’ journeys from the Midwest to California, where many of them found success in their careers. The works on display highlighted the nascent talent in many of these once young, hungry artists and their desires to leave home for a better life.

The exhibit is mainly set around the Beat movement, which came about when a new interstate highway system made traveling to California a novel and exciting possibility. Artists were especially attracted to the thriving art schools and galleries, burgeoning with new ideas. It seems as though young artists are, in a few of the pieces, trying to emulate the new schools of artistic media with glossy finishes, large, bright lettering, and slick finishes, evoking the Warholian Pop Art style that would become popular in the 1960s. However, the vast majority of the works are meant to showcase their characteristically Midwestern influences.

One such work is “Cradle of Filth,” created in 2013 by Chicago-native Amanda Ross-Ho. After finding a backpack on the side of the road in Chicago, vandalized by what could only be the wandering mind of a curious teenager, Ross-Ho was struck by the detail and complex illustrations on the backpack. So, using nylon and foam, she created a massive replica of the backpack to showcase the anonymous vandal’s artistry. Nirvana lyrics and profanity, staples of Midwestern and nationwide teenage angst, can be seen scribbled on the bag. I found the piece significant for what it says about education, creativity, and the restless optimism of Midwestern youth. There is also a noticeable parallel between the backpack and Ross-Ho’s life: a young artist trapped in the Midwest and eager to express herself makes a hajj to a sunnier part of the world, hoping it will give her a better life. 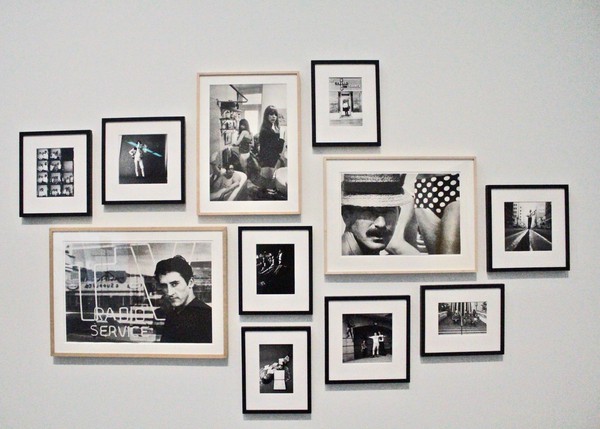 The exhibit traces some artists' journeys from the Midwest to California

The exhibit speaks to the relationships forged between young artists before they moved out west. Jim Shaw and Mike Kelley were both students at the University of Michigan when they formed the band Destroy All Monsters. Later on, both moved to the West Coast to study at California Institute of the Arts. In West by Midwest, Kelley’s large-scale installation, consisting of many sock monkeys displayed like artifacts in a museum, is an interesting commentary on the museum’s role in preserving history.

Meanwhile, other pieces serve as testaments to the early friendships formed between artists. One piece documents now-famed artists Ed Ruscha and Billy Al Bengston at a bar facing the camera while exchanging business cards. Interestingly, those business cards were entirely comical and facetious: Ruscha and Bengston had a tradition of creating fake business cards to exchange with each other.

Like many good exhibits, West by Midwest has a unique message, beyond the significance of individual pieces. While most of Western art is told in a linear succession of one artist influencing another, the exhibit played with the concepts of both time and place in the history of art. It tackles the image of artists as singular, almost isolated figures who simply stand alone. Nonetheless, the concept of collaboration and friendship from one artist to another pervades the entire show, and that to me was an incredible thing.